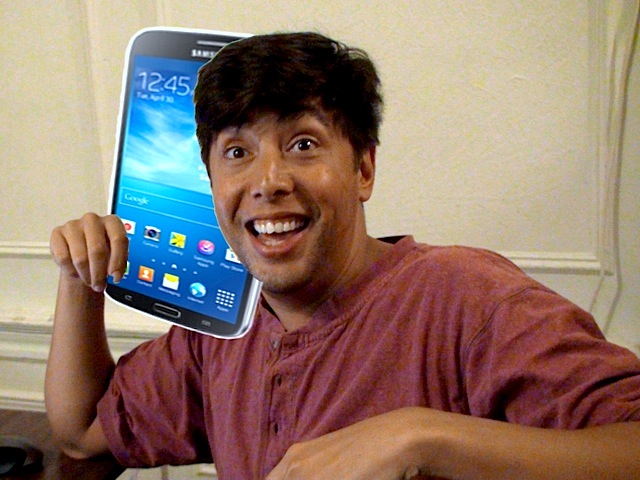 blog Just when is a smartphone too big? Manufacturers have been pushing the boundaries for some time as they dance with higher resolutions and larger screens, but the latest offerings from Huawei and Samsung may have clinched the deal as both companies produce ‘phablets’ – smartphones with screens in the six-inch range.

Yet while existing five-inch models have snuck in under the wire, the Huawei Ascend Mate (6.1-inch 1280×720 screen, 1.5GHz quad-core CPU and Huawei’s Emotion UI; on sale at Harvey Norman for $429 from April 20) and Samsung Galaxy Mega 6.3 (6.3-inch screen, 1.7GHz dual-core CPU; TBA) come within an inch of the size of Apple’s seven-inch iPad mini and Samsung’s own Galaxy Tab 7.

Bigger size, the vendors argue, is a Better Thing than previous models – although the truth of that statement surely lies in the eyes (and hand size) of the beholder.
Here’s how the companies describe their wares:

Huawei: “The Huawei Ascend Mate is slim and stylish, designed to fit comfortably in a single hand at just 6.5mm thin at its narrowest part…. It offers the biggest multimedia experience on a smartphone, and follows Huawei’s mantra of making the best technology accessible to more people.”

Samsung: “The Galaxy Mega…combines the portability and convenience of a smartphone with the power, multitasking capabilities and extensive viewing experience of a tablet….ultra-thin and portable enough to put into your pocket or hold in one hand. The Galaxy Mega offers a mix of popular smartphone and tablet features such as an effortless user experience, a split screen, multitasking between video and other apps and more.”

Interesting that both companies go to great pains to convince potential buyers that the units are in fact small enough to fit in your hand, although we suspect you might need reasonably large hands to make this true. Interesting also that they seem bent on selling the devices as smartphones, even though the glass-half-full amongst us might argue that they’re as much a smartphone as the Jeep Cherokee is a small car.

What do you think? Have phone makers finally jumped the shark? Or is this just another step in the evolution of the phone… er, tablet… er, phone… er…