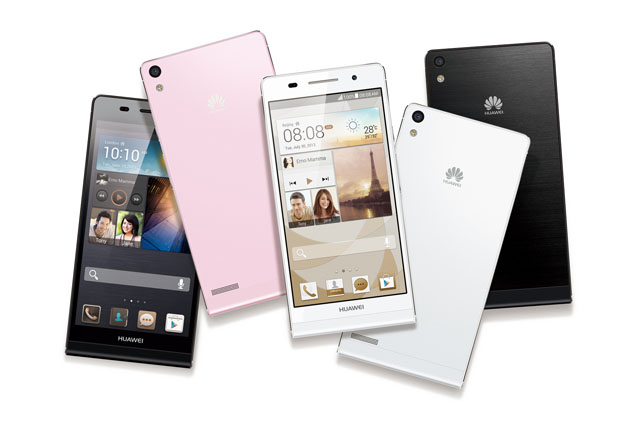 blog We’ve been gradually getting more impressed with the Android efforts which Chinese electronics giant Huawei has been coming up with over the past several years. From near-obscurity in the Australian market, the company has gradually gotten to the point where its smartphones are in consideration amongst our circle of geek friends and colleagues, although of course they’re still playing second or third fiddle to more dominant brands such as Apple, Samsung and HTC. If we may so, the company’s latest effort announced overnight, the Ascend P6, is likely to continue to push the company forward. And, as Ausdroid reported, based on Huawei’s launch of the P6 in London overnight, the handset should be coming to Australia “by July”.

The P6’s biggest claim to fame is Huawei’s statement that it’s the thinnest smartphone in the world, with a thickness of just 6.18mm (for reference, both the iPhone 5 and Galaxy S4 are a little thicker at 7.6 and 7.9mm respectively). It also weighs very little — 120g, just a little heavier than the iPhone 5 at 112, and significantly lighter than almost any other ‘superphone’ on the market.

However, it also manages to pack a lot into that light, slim form factor. You get a 1.5GHz quad-core CPU, a 4.7″ at 1280×720, the latest version 4.2.2 of Android (although it’s not ‘stock Android’, unfortunately — you get Huawei’s light Emotion UI on top), 2GB of RAM, 8GB of on-board storage and support for microSD cards up to 32GB, an 8 megapixel back camera and five megapixel front camera and more. The battery is a 2000mAh model. It doesn’t appear as though there’s 4G support for the P6, which is a major downer for the phone.

Two things strike me about the Ascend P6. Firstly, Huawei is clearly getting better and better at Android smartphones. The company’s early models were rudimentary, its later models were good but not great, and now the company is really trying to push into the upper echelon of Android manufacturers with its design choices, build quality and software integration. I don’t know whether Huawei will eventually get where it wants to go — after all, major rivals such as Sony, LG, Motorola and even HTC are struggling to make their Android business commercial, in the face of the dominance of Apple and Samsung. But Huawei has deep pockets and patience.

Secondly, what also strikes me about the P6 is how its design feels more subtly Asian than the design of some of its competitors. You might expect that companies such as Sony, LG and Samsung would create smartphones which felt Asian in their design — after all, these are companies headquartered in companies such as Japan and Korea. However, when reviewing these models, I haven’t tended to see a lot of difference between models produced by these companies and smartphones originating from US giants such as Motorola.

But you do get this feel a little from the pink and white P6 models — which I can easily see being pulled out of handbags in Singapore, Hong Kong or even in Chinatown in the Sydney CBD. And I think the same will be true of the black P6 in Asian business circles. In these geographies, you don’t always see a lot of iPhones or other ‘Westernised’ models being used. But you do often see alternatives from companies like Huawei, with similar specs and design but with a slight Asian twist, being used. It’ll be interesting to see if Huawei, with models like the P6, can further convince Western audiences that it’s a contender, extended beyond its cultural base. And as always, I’d still like to see a stock ‘Nexus’ Android experience here — I believe this would make the P6 a lot more attractive than it is, even amongst those consumers who have no idea where Huawei comes from.