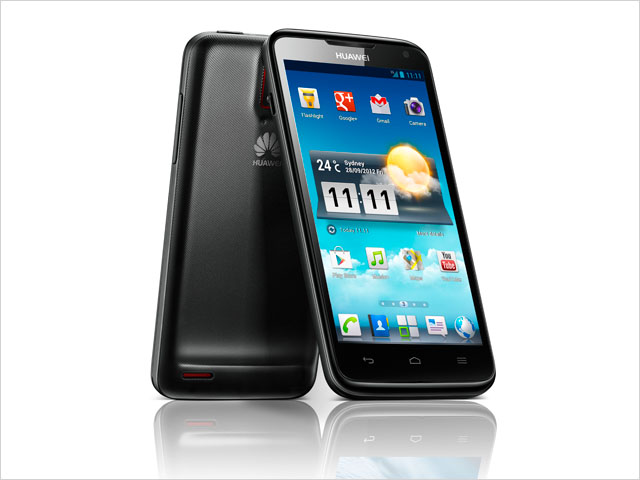 blog A quad-core smartphone with a 4.5″ screen and close to stock Android, for $499 outright? Sounds like a bargain, and that’s precisely what Chinese manufacturer Huawei has a reputation for delivering. The Ascend D1 quad will hit JB Hi-Fi this week, and if it’s anything near as solid as the P1 (check out Delimiter’s review here), we think quite a few people will be interested. Stay tuned for our review sometime soon. The media release:

“Australia, 22 November, 2012: Huawei today announced the launch of the Ascend D1 quad in Australia – featuring Huawei’s proprietary quad-core chip and custom power management system. The Ascend D1 quad is Huawei’s first quad-core device to be launched in Australia and is powered by the Huawei K3V2 quad-core 1.4GHz processor, running Android 4.0 with a proprietary power management system providing up to 30% in energy savings.

“The Ascend D1 quad is Huawei’s most powerful smartphone ever released in Australia, delivering the most advanced quad-core processor technology while actually increasing energy efficiency,” said Marketing Manager, Huawei Device, Poh-Lee Koh. “This device utilises Huawei’s own in-house chipset integrated with Huawei’s own power management technology, leading to significant improvements in media consumption, multi-tasking and productivity. Whatever you do on your smartphone, the Ascend D1 quad lets you to do more, do it faster, and do it for longer than ever before.”

The Ascend D1 quad features a stunning 4.5-inch 720P high-definition touchscreen, running on the industry’s most powerful 32-bit true-colour graphics processor. The smartphone’s 330PPI IPS+ screen provides a crystal clear display even under direct sunlight, and is complemented by its Dolby 5.1 Surround Sound and Audience earSmart™ voice technology for an experience which excels across the senses. Its 8-megapixel BSI rear-facing camera, 1.3 megapixel front-facing camera, and 1080p full HD video-capture and playback capabilities enable you to record your special moments in clearer, richer detail.

The Ascend D1 quad comes with an 1800mAh battery, which lasts one to two days with normal usage. The phone’s battery life is enhanced by Huawei’s proprietary power management technology which extends battery life by up to 30% (compared to industry average), simply by adjusting power consumption according to usage needs. It also ensures higher chipset performance and efficiency by maintaining a low chip temperature.

At just 64mm narrow and 8.9mm slim, the Ascend D1 quad is proof that good things do come in small packages. With an ultra-thin frame, the lightweight and compact smartphone’s 4.5-inch touchscreen seems to vanish into the edge, creating an “infinity” feel and allowing an exceptionally narrow body.

The Huawei Ascend D1 quad will be available at JB Hi-Fi from Friday November 23, with an RRP of $499.”