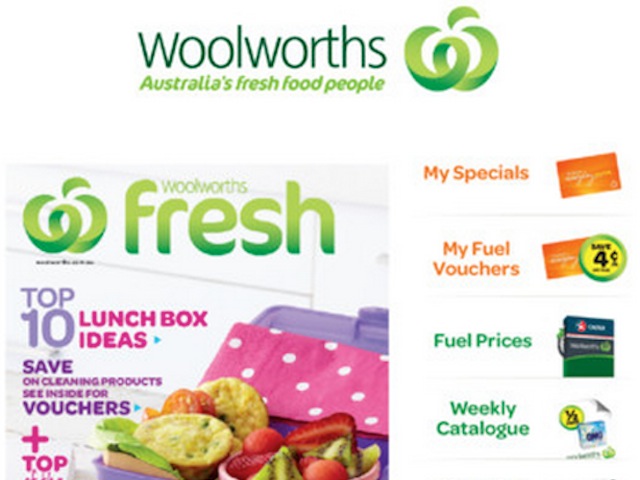 news Point-of-sale terminals may seem to be changing on a weekly basis, but it’s not every day that the country’s largest retailer makes a major back-end platform shift. Little surprise, then, that there has been such great interest in a company blog post announcing that Woolworths has decided to shift its 26,000 employees to the cloud-based Google Apps platform.

According to CIO Dan Beecham, the company – which has over 3000 stores across Australia and New Zealand – will use Google Apps for email, calendar, and instant messaging capabilities and will explore uses of Google+, Google Drive and Google Sites to do all sorts of fresh-food people stuff. Get out your Buzzword Bingo cards and read his explanation:

“Our decision to move to Google Apps is a key element of transforming our workforce computing to achieve a step-change in our collaboration and productivity. The move builds on the successful roll out of Gmail and our ‘Tap to Support’ App on iPads to Woolworths supermarket store managers last year….feedback from early adopters is that they like the new tools. The next step will be to roll out these services to 26,000 of our national office and state office staff in coming months.”

Snagging Australia’s largest retailer is a major coup for Google, which has been working to convince businesses its once consumer-focused cloud email platform is up to the rigours of high-usage, commercial-grade demands. The message has certainly been getting out – Google claims 5 million business users of the service, including Aussie headliners like the 330,000-user Catholic Education Network, 11,000-strong media interest Fairfax, 5000-strong packaging giant Visy, optometry chain SpecSavers, and others. Last September, research firm Telsyte named Google Apps as Australia’s number-two messaging platform, ahead of IBM’s Lotus Notes/Domino and behind trash-talking market leader Microsoft. Google is well and truly on a roll – although cloud diehards may want to save the biggest applause for when Woolworths goes the full Monty and ditches Microsoft Office for Google Docs and its brethren.