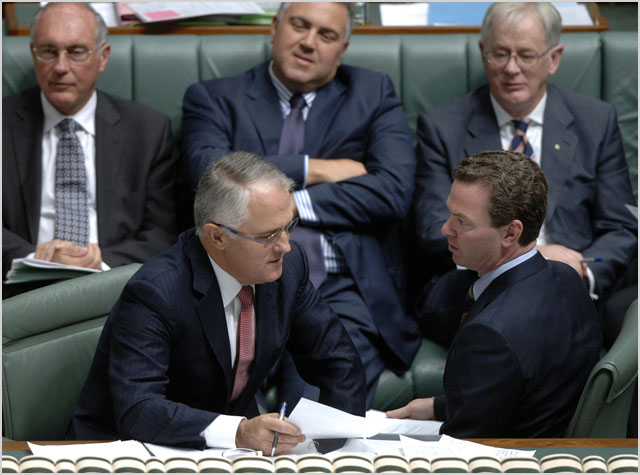 news Shadow Communications Minister Malcolm Turnbull has publicly claimed that Labor’s National Broadband Network project could could cost as much as $100 billion to build, despite the company’s own estimates showing that it will require around $37 billion of capital injection from the Government and eventually make a return.

The comments were made in an interview on the Sky News television channel over the weekend. “The fundamental problem that we’ve got with the NBN is not simply that it’s costing so much money – I mean that is huge obviously, and that’s our biggest complaint – but it’s taking so long. At the rate they are going this could take 20 years or more to complete, and it could cost up to $100 billion,” said Turnbull.

When questioned by the presenter where that figure came from, Turnbull replied that it was based on how much it was costing NBN Co per premise to deploy the network. “… of course you have got to remember they have reached now as of end of December passed only 70,000-odd premises out of 12.25 million they are supposed to do over the next eight years,” the Liberal MP said.

However, it is not clear where Turnbull is sourcing the $100 billion figure from, as the MP has recently criticised NBN Co for not releasing cost per premise data with respect to its current network rollout.

It’s not the first time a senior member of the Coalition has mentioned a $100 billion figure with respect to the NBN. In October last year, for example, Shadow Treasurer Joe Hockey used the exact same figure in an interview with ABC Radio’s AM program at the time.

Similarly, in an article published on his website and on business media outlet Business Spectator, Turnbull wrote on September 6 that he could not provide precise financial figures regarding the difference between the Coalition’s rival NBN policy and the Government’s existing project:

Additionally, Turnbull pointed out at the time that telecommunications consultant Cliff Gibson had estimated a similar amount industry newsletter Communications Day in May 2011, saying: “I do know that the two partner organisations that we work with would have put tens of millions of dollars worth of work in to put the bid together and our experience on this exercise, and the costing involved, would lead me to think that the cost of roll- ing out the optic fibre to 93% of the homes around Australia is going to cost between 60-80 billion.”

However, based on current evidence, it currently appears as if both Turnbull and Hockey are incorrect in their claims that the NBN project could end up costing up to $100 billion in total.

In a statement released last year, Communications Minister Stephen Conroy called on the two Coalition politicians to “stop misleading the Australian public” about the cost of the NBN. “The Government released the 2012-2015 NBN Co Corporate Plan provided by the NBN Co Board on 8 August. That plan stated the capital cost of the NBN will be $37.4 billion,” Conroy said. “Since then both Mr Hockey and Mr Turnbull have claimed that the cost could be as high as $100 billion. This is false and inaccurate.” 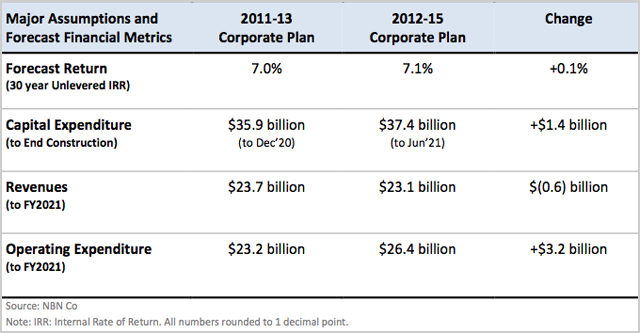 opinion/analysis
As I wrote in October:

There’s not really much to analyse here. NBN Co and Conroy have provided clear financial estimates for the NBN based on actual contracts which have been signed and actual customer take-up. In comparison, the Coalition has declined to provide the working for its own financial estimates. There just isn’t any evidence right now that what Turnbull and Hockey are saying is correct.