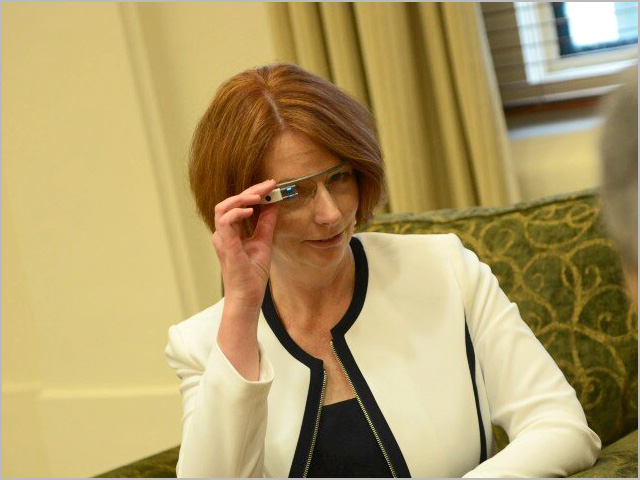 blog What would you do if you were a multinational technology vendor who the Federal Government was currently chasing over “double Dutch sandwich” tax avoidance techniques which could have cost Australia hundreds of millions of dollars? You’d probably dispatch your global chief financial officer with some hot new technology to hold private briefings with Prime Minister Julia Gillard. And that’s precisely what Google did today, according to Gillard’s Twitter account: 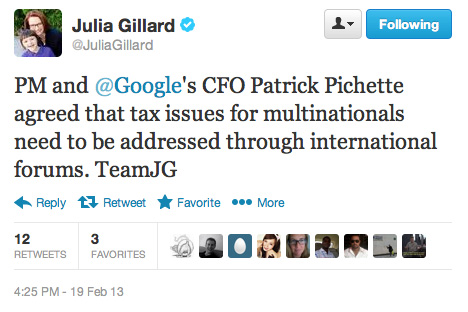 To be honest, while it’s cool to see Gillard getting enthusiastic about technology like this, we’d rather that Gillard ignored the hype factor around the latest Google toys and put the hard word on Google with respect to the hundreds of millions of dollars in tax revenue which the search giant has removed from Australia’s coffers courtesy of its Irish subsidiary.

It’s simply not reasonable for a company like Google, which earns an estimated $1 billion in Australian revenues each year to be paying annual company tax in the order of $74,000, as it did last year, and we wish the PM would take the search giant to task on this issue; a tough government line is what is needed. Photos like this merely give credence to the idea, expressed well through Mungo Maccallum’s ABC column this week, that Gillard hasn’t taken a hard enough line when negotiating critical deals such as the mining tax.