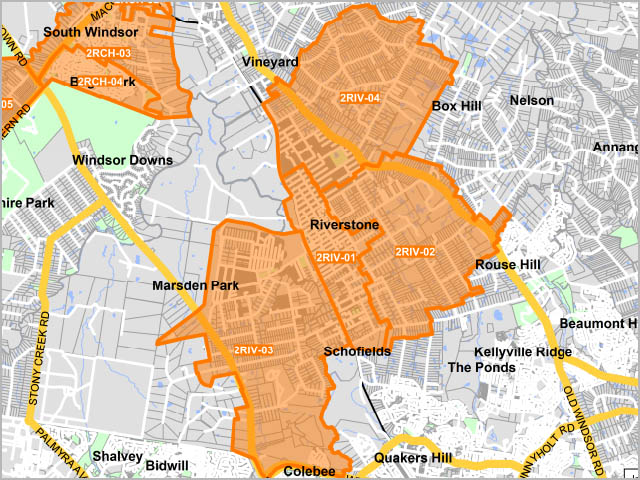 news The Federal Government has advised Sydney residents that at least one suburb due to have been connected to the National Broadband Network’s fibre rollout has had its connection delayed due to the need to wait for Telstra to conduct remediation work in its pits and conduits in the area; however, Telstra has stated that the delays could be more properly attributed to NBN Co.

In August 2011 NBN Co announced a number of what it termed ‘second release’ sites in New South Wales, Queensland and the ACT, where its fibre would be rolled out over the 18 months from that period, following the signing of a contract with construction firm Silcar. At that stage it was estimated that construction in the areas would take 12 months from the start of construction, with areas such as Coffs Harbour and Armidale to start immediately and others, such as the Western Sydney suburb of Riverstone, to start later in November 2011.

However, according to complaints from local residents in Riverstone, the construction has not been proceeding apace, with NBN Co regularly updating its rollout maps to note changing planned construction dates.

“There are many people that are connected to the RIVE exchange and are suffering from issues due to over congestion and a delapitated copper network,” wrote one resident, David Borg, on the Federal Government’s NBN Facebook page this week. “While I am sure only a small number of people eventually complain about this factor, there are still a large number of residents that I know in Schofields that comment regarding slow sync speeds and how they are relying on the NBN to come in and solve these problems. Unfortunately people are becoming more and more inpatient with the proposed dates (that are clearly expelled).”

Borg wrote that he personally worked in the IT sector, but was forced to rely on Telstra’s 4G network in Riverstone, as the copper network in the rgeion was degraded.

“If Riverstone is one of these “early sites” and NBN Co tested and implement[ed] more efficient processes thanks to these “early sites”, why have we seen no progress?” wrote another resident, Tom Rothwell. “Was this information truly relevant to this location? Why have other locations like Blacktown suddenly received priority over RIVE?”

In response, the Federal Government’s NBN spokesperson (not NBN Co itself) noted that it had received advice from NBN Co directly about the situation, advising that the delays in the Riverstone area had been due to Telstra.

“The main issue experienced with the Riverstone build is that a significant amount of existing infrastructure needed to be remediated to make it ready for the fibre,” the Government’s representative wrote. “This includes pits and conduits in the streets, and the remediation work, which is carried out by Telstra, is ongoing. It’s only when that’s finished that a site is handed over to NBN Co and then NBN Co can begin installing the fibre optic cables.”

However, Telstra had another view of the situation when invited to comment on the situation today, stating that it was actually NBN Co which had been the source of the delays. A spokesperson for the telco said: “Telstra is responsible for remediation of its infrastructure to support the rollout of the NBN. We cannot commence remediation work until we receive designs from NBN Co and then a final commencement notice, which follows council approval of the plans. We received commencement notices for the three FSAMs in Riverstone in late 2012 and have completed work in one, and expect to complete the others in early March.”

The news comes as NBN Co in January this year announced that it had installed what it described as the first fibre-optic cable in the Sydney metropolitan area — in Blacktown — despite the fact that Blacktown was not on the list of second-release sites announced in August 2011, and work has been labelled as ongoing in Riverstone ever since that time.

“In addition to today’s news Penrith will also reach this important milestone with the first fibre being laid tomorrow,” NBN Co added in its statement announcing the Blacktown deployment (PDF). “The NBN will connect around 9,100 premises in the Penrith area and services will be available from mid 2013.”

Under the contract, Service Stream will undertake network remediation activities for Telstra in Western Australia, South Australia, Northern Territory, New South Wales and the Australian Capital Territory, in an arrangement which is to last for an initial three year term with two renewal periods of two years each. And in January this year, Telstra signed a similar deal with Leighton’s Visionstream subsidiary for $90 million to cover Victoria and Tasmania.

opinion/analysis
As I was researching this story (and bear in mind we don’t have all the information yet), a picture became clear. Right now, Telstra’s pits, pipes and ducts are not in the greatest condition. In fact, considering the telco just allocated more than half a billion dollars to contractors to repair them, I would have to say that in many locations around Australia (including, apparently, in Riverstone), they are in pretty shocking condition.

This fact appears to be causing NBN Co substantial headaches in some areas, as the company is being forced to wait for Telstra to clean up its infrastructure before NBN Co can move in and start to deploy its own fibre infrastructure. I don’t know to what extent NBN Co had accounted for this kind of issue in its contract with Telstra and its own rollout plan, but you’d have to suggest both that many NBN Co executives (many of whom used to work for Telstra) would have had some idea about the situation, but also that, given the experience at Riverstone, NBN Co didn’t account for the issue quite as much as it probably should have.

One other thing which this situation demonstrates is the heterogenuous nature of Telstra’s infrastructure. We’re not talking here about a single, pristine, uniform copper network which can easily be upgraded to fibre. As NBN Co lays fibre around Australia over the next decade (irrespective of whether it’s FTTP or FTTN), it is going to find unexpected difficulties such as is occurring in Riverstone in many other locations as it delves deep underneath Australia’s streets and into Telstra’s labyrinthine network. I wish it the best of luck in keeping its rollout on track while doing so.

This article was updated after it was published with the following statement from Telstra:

“Telstra is responsible for remediation of its infrastructure to support the rollout of the NBN. We cannot commence remediation work until we receive designs from NBN Co and then a final commencement notice, which follows council approval of the plans. We received commencement notices for the three FSAMs in Riverstone in late 2012 and have completed work in one, and expect to complete the others in early March.”