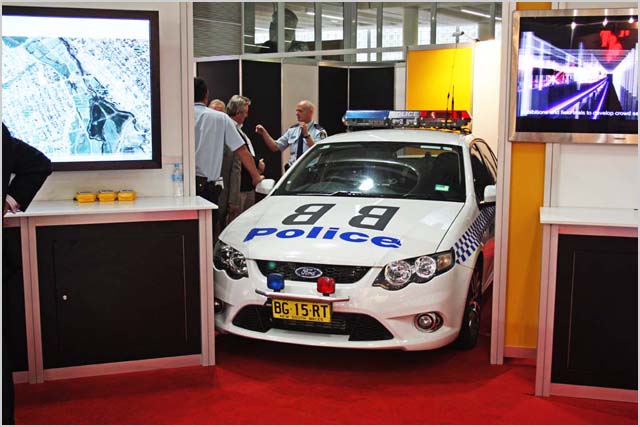 news The Australian Federal Police has acknowledged that it sent one of its most senior officers, Deputy Commissioner Michael Phelan, to visit other law enforcement jurisdictions around Australia and encourage them to make submissions supporting the controversial data retention and surveillance proposal currently being discussed in Federal Parliament.

The data retention and surveillance package has been almost universally opposed by a wide range of political, commercial and special interest groups since it was handed to a parliamentary committee to examine several months ago, with groups as diverse as the Institute of Public Affairs, the Greens, Electronic Frontiers Australia, telcos such as iiNet, the Pirate Party of Australia, Shadow Communications Minister Malcolm Turnbull and Liberal Party backbenchers, Victoria’s Privacy Commissioner and many other segments of the community vehemently opposing the package as a dramatic and unnecessary intervention in Australians’ private lives.

In late September, a number of state and federal police commissioners teamed up to tell the parliament’s Joint Parliamentary Committee on Intelligence and Security that ideally, they would actually seek indefinite retention of Australians’ data – not just for up to two years. Law enforcement officers from the AFP, as well as police organisations in New South Wales and South Australia commented on the issue in committee hearings.

In a Senate Estimates hearing yesterday (the transcript is available online), Greens Senator and Communications Spokesperson Scott Ludlam highlighted the fact that the AFP had sent its Deputy Commissioner of Close Operations Support Michael Phelan – a former director of the Australian High Tech Crime Centre – around the nation to speak to each law enforcement jurisdiction about key issues. Phelan’s current role sees him oversee the portfolios of High Tech Crime, Forensics and Intelligence at the AFP. “Why have you done that?” asked Ludlam.

In response, AFP Commissioner Tony Negus responded that the AFP believed the data retention and surveillance issue needed someone “to take a bit of a leadership role from the law enforcement perspective”.

“It is one of the reasons I asked my fellow commissioners to appear together, so that we could have a bit of a united front, if you like, and put forward those issues from the law enforcement perspective,” Negus added. “So, because, as I said, many of the states and territories do use interception and are involved in this process but do not really have a voice, other than providing a submission to the committee, we sent Deputy Commissioner Phelan around to talk to them about issues that we thought were important, seek them and encourage them to actually put a submission into the committee, which most of them did, and answer any questions they may have about how this process is undertaken at a federal level.”

“I am just interested in the idea that you would send a deputy commissioner around the country to get everybody onto the same page before you gave evidence,” said Ludlam, appearing to imply that the AFP’s action was untoward. Negus responded that the AFP saw the issue of data retention and surveillance as “one of the most important strategic issues for law enforcement in the next decade”.

“If we do not get this right, balancing the privacy obligations and the privacy principles that underpin the [Telecommunications (Interception and Access) Act 1979], then from a law enforcement perspective, the Australian public are going to have an outcome which is going to be suboptimal. Organised crime, terrorists and other things will get an advantage that I do not think had been anticipated in this regard,” he said.

“We are not seeking additional powers; all we want to do is modernise the TI Act to the context of what is really the communications and telecommunications industry of today. In 1979 when this act was launched, I do not think anyone could have foreseen what this would become in the way that people would communicate in 2012 and beyond.”

“We want something that is technology neutral. We want to protect people’s rights and liberties. We do not want additional powers. We still want to make sure that people are obliged to go and seek a warrant from a judicial officer to get content data. But the non-content data—and they are the things that we have been talking about here around the fact that a telephone conversation took place, where it took place and what the numbers were—are the sorts of things that we see as really important to get some consistency across telecommunications carriers and other areas through the use of quite legitimate law enforcement.”

Ludlam claimed that the AFP was “flying people around the country trying to get everybody on the same page” with respect to the data retention issue.

“I reject that, Senator,” said Negus. “This is not about getting people on the same page; this is about coordinating a response. We did not tell people what to say in their submissions; we just encouraged them to be part of the debate, and answered any of their questions about what would be the federal process and how this would unfold. So I reject your assertion that we sent someone around in an untoward way to get people onto the same page, because that is not what was actually undertaken.”

opinion/analysis
How appropriate is it that the Australian Federal Police fly one of its most senior officers – the Deputy Commissioner who oversees its high-tech crime operations – around Australia to rally support for the data retention and surveillance scheme currently being put forward by the Federal Attorney-General’s Department? It’s hard to say.

On the one hand, when it comes down to it, while Australia’s separate law enforcement and policing agencies are separate organisations, they all do need to work together on enforcement, and effectively the Australian Federal Police would be the central organisation which would act as one of the national law enforcement community’s key touch points with the Federal Government, legitimately lobbying for law enforcement interests in these kinds of parliamentary inquiries. That’s a transparent role and a well-understood one. Does the telecommunications industry have representatives in Canberra which coordinate national interest in this issue? Yes. The digital rights community? Yes, and Ludlam and the Greens are obviously one of those representatives. The privacy community? Of course.

However, at the same time, it is also true that without the AFP conducting these kind of talks with its state-based cousins, there might have been almost no organic support demonstrated from the law enforcement community for the data retention and surveillance proposal – apart from that put forward by the AFP and ASIO. If the AFP hadn’t flown around Australia discussing the issue, it might have been the case that Australia’s law enforcement community wouldn’t have represented itself in these talks virtually at all. Does this indicate that there isn’t the kind of organic interest in telecommunications interception that the AFP claims there is? Certainly those against data retention (that’s almost everyone at this point) would be likely to believe so. But I’m not sure. It could just be a case that the police forces tend to be quite bureaucratic and that this kind of effort is required to get them interested in any lobbying effort.

I want to make one final point with regard to the Senate Estimates hearings on the National Security Inquiry issue last night.

If you believed the comments being pushed through social media channels such as Twitter while yesterday’s committee hearings were going on, Greens Senator Scott Ludlam was the white knight of privacy and digital freedom, holding the forces of privacy-invading darkness (in the form of the AFP and ASIO) to account for their attempts blights on Australian privacy. And the video does make for highly adversarial viewing.

But in fact, if you actually read what the AFP and ASIO actually said last night (some of the transcripts are available online) in the cold light of this morning, it’s really not that inflammatory. It was reported this morning that the AFP had denied seeking to log Australians’ web browsing history. Well, we already knew that … in fact, we knew it two years ago. Internet browsing history hasn’t, to my knowledge, been on the table in these talks. It was also reported that the AFP had made 23,000 requests for metadata – without needing to file a warrant – over the past year. Well, we knew that too. This appears to have been fairly standard and legal behaviour for years. And the AFP actually released its ‘metadata’ definition (PDF) – but it was in no sense controversial.

The concerns being raised in these talks are legitimate – and there is no doubt that the vast majority of the Australian community is starkly against law enforcement agencies receiving increased data retention and surveillance powers. In fact, I think most of us want some of the current powers wound back.

But there are also two sides to this story, and as hard as it may be to accept, the law enforcement agencies are not the great evil in this case that they are continually being made out to be. They’ve clearly stepped over the line with this one, and their overall transparency and engagement with the community on the issue is abysmal … but not everything they say in public is damning evidence of a great wrong being done. Often much of what they say is merely mundane, or things we already knew about. If we are to examine this issue rationally, we must calmly evaluate what our law enforcement officials say in public as much as we must listen to their critics.