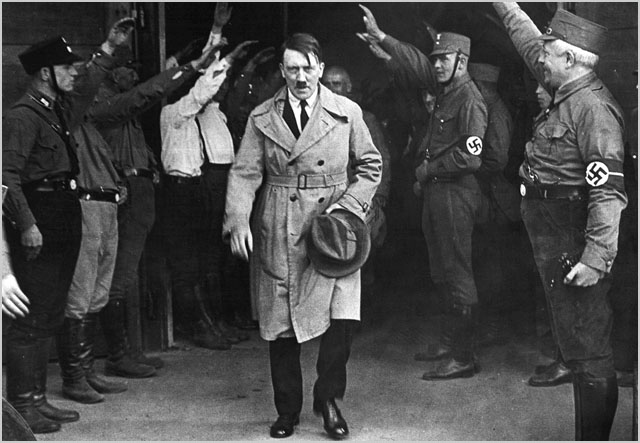 news The first sign of tension has emerged within the Opposition over the Federal Government’s proposed new surveillance and data retention powers, with a prominent Liberal backbencher describing the proposal as being akin to tactics used by the Third Reich’s notorious Secret Police.

In general, the package of surveillance reforms has attracted a significant degree of criticism from the wider community over the past few months since it was first mooted. Digital rights lobby group Electronic Frontiers Australia has described the new powers as being akin to those applied in restrictive countries such as China and Iran, while the Greens have described the package as “a systematic erosion of privacy”.

So far, senior Opposition figures have been extremely quiet on the issue, with the Coalition believed to be generally supportive of the new measures. Shadow Attorney-General George Brandis, for example, would only say in July that he would “examine” the issues in the proposal “carefully”, while Shadow Communications has not yet publicly commented on the matter.

However, last night on the ABC’s Lateline program, long-time Liberal MP Steve Ciobo broke ranks with his party colleagues to severely criticise the surveillance package. “I think that this proposal is akin, frankly, to tactics that we would have seen utilised by the Gestapo or groups like that,” Ciobo said, echoing the Victorian Privacy Commission’s concerns about the surveillance proposal leading to a police state. Challenged about the statement on Twitter, Ciobo elaborated: ” What’s obscene about that statement?” he asked. “The only obscene thing is a proposal to monitor and record the entire population!”

The Liberal MP’s reference to Gestapo techniques is most likely a reference to the fact that the Secret Police of Hitlerite Germany was to a large degree concerned with collecting and collating a wide array information on German citizens, as an example of what French philosopher Michel Foucault has referred to as a “panopticon”, where authorities use the idea of universal surveillance on targets to influence them to self-police themselves. Although the comprehensiveness of the Gestapo’s information abilities has been since questioned by historians, the idea of controlling populations through universal surveillance is one that has persisted in political theory.

Since the advent of new surveillance technologies over the past several decades, such as surveillance cameras and telephone and Internet monitoring technology, the idea has persisted within political and law enforcement circles. Wikipedia states, in its page on Panopticism: “A central idea of Foucault’s panopticism concerns the systematic ordering and controlling of human populations through subtle and often unseen forces. Such ordering is apparent in many parts of the modernised and now, increasingly digitalised, world of information. Contemporary advancements in technology and surveillance techniques have perhaps made Foucault’s theories more pertinent to any scrutiny of the relationship between the state and its population.”

Ciobo is known for having an interest in technology as well as security. After being elected to the House of Representatives in 2001, the Liberal MP sat on the House of Representatives Standing Committee for Communications, Information Technology and the Arts from 2002 through 2004. In addition, he sat on the Parliamentary Joint Committee on Intelligence and Security, which is currently examining the surveillance proposal, from 2005 until 2007. Ciobo has a history as a lawyer, with bachelor and masters’ law degrees from Bond University and the Queensland University of Technology respectively.

The news comes as Attorney-General Nicola Roxon has this week sought to play down the implications of the Government’s proposed new surveillance powers. “As you will be aware, there has been a lot of press coverage about one component of the reforms – and that is data retention,” Roxon told a conference in Canberra this morning. Roxon’s full speech is available online here in Word docx format.

“Many of you will recall the disturbing murder of Cabramatta MP John Newman in Sydney in 1994. Call charge records and cell tower information were instrumental in the investigation and subsequent conviction on Phuong Ngo. These records allowed police to reconstruct the crime scene. Many investigations require law enforcement to build a picture of criminal activity over a period of time. Without data retention, this capability will be lost.”

opinion/analysis
The issues raised by the new surveillance powers being proposed by the Federal Attorney-General’s Department go right to the heart of traditional liberal (as in liberalism, the philosophy which sits at the heart of the Liberal Party mindset) values. Freedom of speech, privacy, the freedom of the individual, the freedom to associate, minimal government intervention in everyday life … these are all values which the Liberal Party in general espouses, and I am not surprised to see Liberal backbenchers start to speak up about the draconian and Orwellian scheme which Labor is attempting to impose on Australians. This, after all, is a core Liberal Party role — to focus on the individual and stop the Government from having too much power to intervene in our lives.

I suspect that, as with the Internet filter and other similarly odious policies before it, what will happen with this new package of surveillance powers is that Liberal backbenchers will increasingly begin to raise the issue privately in party meetings and eventually publicly. At some stage, the message will get through to prominent Liberal leaders such as Joe Hockey, George Brandis and Malcolm Turnbull, and we will perhaps start to see these senior figures enter the data retention debate.