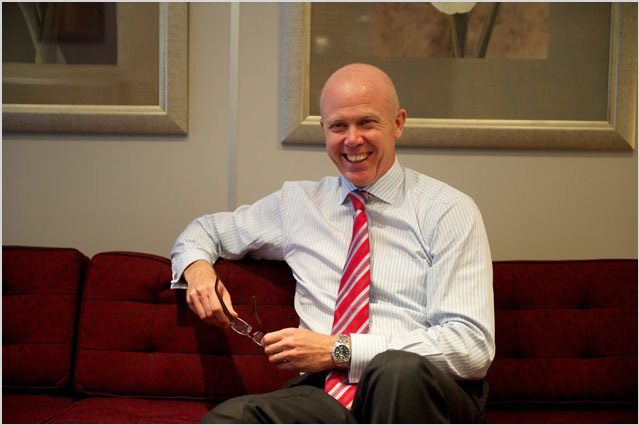 news Diversified ICT services business NEC this afternoon revealed it had retained and expanded its communications-related work with NSW Police, with the Japanese company to continue providing voice telephony services to the organisation and expand its remit to include maintenance and support of its data network as well.

According to a statement issued by NEC on the sidelines of an ICT industry forum held at NSW Parliament House by the State Government, the vendor already has an eight-year relationship with NSW Police, delivering “voice platform and services” to the organisation and helping it manage technological and operational change. It has now been awarded a deal to take over support and maintenance for the multi-vendor voice and data environment operated by the force, which reaches to more than 500 locations across the state – including corporate offices in Sydney and Parramatta.

In a move which appears to be associated with the deal, NEC is simultaneously making what it said was a “significant investment” to extend its new 24×7 network operations centre, based in Sydney. The investment will help NEC meet NSW Police’s requirements for “first-level support”, NEC said, with the move to create significant employment growth and training opportunities at the facility itself and across regional NSW.

“This is an exciting opportunity for NEC Australia to expand our Australian resources with the leading edge National Operations Centre capabilities in NSW. This investment demonstrates our commitment to being the nation’s leading IT integrator and service partner,” said NEC Australia managing director Alan Hyde (pictured, above).

“IT skills are critical to the long-term health of the NSW economy and the Government welcomes NEC Australia’s commitment to invest in IT training and infrastructure. This partnership exemplifies how industry and publicly-funded organisations can cooperate to achieve sustainable economic and employment growth,” said The Hon. Andrew Stoner, Deputy Premier, Minister for Trade and Investment, and Minister for Regional Infrastructure and Services.

“The service arrangement will allow the team to focus on business outcomes and improved customer service,” said the Minister for Police and Emergency Services, Michael Gallacher. “Our voice and data communications network is a critical resource that enables our frontline Police force to perform their duties on a daily basis. The support and maintenance of this network ensures the NSW Police Force can continue to improve our service to the citizens of NSW.”

The news comes as NEC Australia has recently announced several successful moves to grow its business. In late May the vendor announced it would acquire the Technology Solutions arm of locally listed company CSG for an amount up to $260 million, in a move which vaulted it into a position as a significant player in Australia’s IT services market.

In addition, in April this year, NEC announced that it had signed a multi-million-dollar three-year network services contract extension with Toyota, which will support the company’s IT operations. It also recently launched a cloud telephony solution.

The news also comes as NSW Police has been recently conducting over IT procurement activities. In mid-August the organisation lagged plans to deploy a sizable internal social networking platform, as it moves ahead with plans to better serve the information needs of its 17,000 police officers and 4,000 civilian administration staff.

opinion/analysis
To my mind this is a fairly standard contract which NEC has picked up – and it’s not really that large. This is the kind of contract which is signed almost daily in Australia’s ICT services market. It’s basically IT and telecommunications infrastructure management, and as such isn’t that big a deal.

However, it does indicate two things. Firstly, that NEC Australia is continuing to win new business in competitive pitches of this nature. I had the feeling that before the vendor’s new Australian MD Alan Hyde took his role in October 2010, the company was kind of sliding a little – not growing, but not shrinking either. Since Hyde took up his role, NEC Australia has been a much more dynamic and active business, and it’s fascinating seeing it continue to challenge the big guns. I’m sure the likes of Dimension Data would have loved to have picked up some of this work, for example, and perhaps an organisation like Optus subsidiary Alphawest. Both deal extensively in Cisco gear. I’m sure some of the bigger guns would also have been paying attention … the usual names, depending on how heavily they focus on networking contracts.

In addition, this deal and others signed recently (remember SAP’s big cloud deal with the NSW Department of Trade and Investment and NSW’s big datacentre deals) indicate that the NSW Government is actively out there at the moment seeking to rejuvenate its ailing technology infrastructure, commensurate with its wide-ranging ICT strategy announced earlier this year and discussed extensively at the ICT industry forum in Sydney this afternoon. I’ll have more on that tomorrow, in detail.