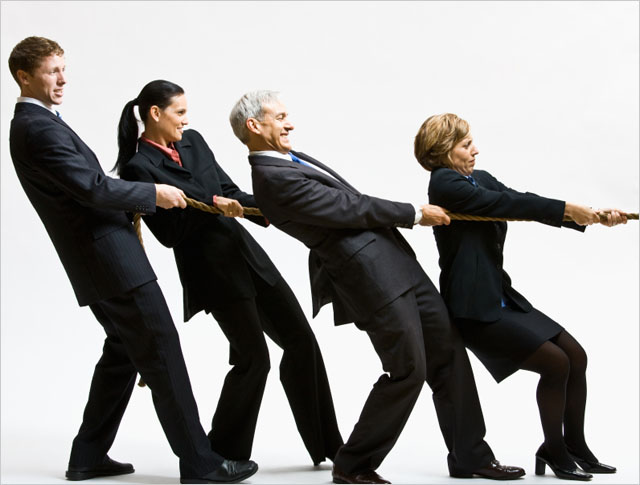 news Government departments and agencies are “struggling to keep up” with the pace of change in the technology sector, analyst firm Ovum said in a research note issued this month, with the rapidly evolving technology landscape outpacing the speed of procurement cycles.

Over the past several years, Australian Governments at both the Federal and State level have suffered from a number of issues when it comes to keeping up with the speed of technological change. The problem has been evident when it comes to the deployment of both basic IT infrastructure such as desktop, network and server infrastructure, but front of house applications capability has also suffered.

For example, it was recently revealed that the Queensland Government had not yet upgraded tens of thousands of its desktop PCs from Windows XP to Windows 7, and had put a price tag on the cost of upgrading the dated systems of more than $100 million. However, the upgrade need has come at a time when the state has kicked off a major round of cost-cutting under the new LNP administration, and the upgrade is far from assured.

In the Federal Government, analyst firm Ovum recently labelled its approach to adopting the new generation of cloud computing technologies as a “cloud-last” approach. Instances of deployments of software as a service, platform as a service, or infrastructure as a service models are quite rare in government circles in Australia, despite the fact that internationally, countries such as the UK and US have taken explicit “cloud first” approaches to the issue, and the fact that cloud computing is increasingly a popular deployment model in the private sector.

It’s a similar situation when it comes to the ability to deliver major IT projects. In November last year, for instance, Victoria’s Ombudsman handed down one of the most damning assessments of public sector IT project governance in Australia’s history, noting total cost over-runs of $1.44 billion, extensive delays and a general failure to actually deliver on stated aims in 10 major IT projects carried out by the state over the past half-decade. Similar problems have been evidence in New South Wales and Queensland, and smaller issues in Western Australia.

In a statement published earlier this month, Ovum Australia research director Kevin Noonan, who spent more than 28 years in a number of government management roles before joining the firm, wrote that it was the pace of change itself that governments were struggling with.

“Many procedures for government procurement can be traced back through earlier stages of technology development,” Noonan wrote. “Over time, procurement has delivered substantial value and, like technology, it has developed and matured. However, the technology sector is changing at an increasing pace and procurement is struggling to keep up.”

Most major government IT procurement exercises are conducted through public tendering processes, involving the publication of detailed specification documents and an extended period of deliberation and consultation with bidders. In some cases, such processes can last several years.

Noonan wrote that firstly, the changing technology landscape meant that the whole process of setting requirements for IT procurements needed a “re-think”, due to the much richer set of options on offer to technology buyers — ranging from risk-sharing approaches, outcomes-based payment approaches, commercial off the software models and also cloud computing solutions.

“Old-style business analysis began the process more or less with a blank sheet of paper. Today, the business is still important, but requirements are becoming more outcomes-focused,” he wrote. “This means suppliers can have more flexibility to come up with innovative solutions and the business needs to be less prescriptive. If, for example, a COTS or cloud-based solution could satisfy 80% of requirements, then how much expense and added risk should be devoted to satisfying the last 20%?”

Secondly, Noonan wrote that interoperability was becoming a pivotal consideration in government purchasing, and that IT buyers needed to look to the long-term — to market directions and vendor strategy, even, beyond mere technical interoperability — when picking solutions.

“Software is moving fast from traditional engineering models to something much more adaptive. Traditional software tenders ask for features and functions based on known requirements. Future systems must be more adaptive in a world of evolving requirements,” he wrote.

Lastly, traditional contracts — even panel contracts — were not necessarily the answer, Noonan said, as they tended to entrench current practices instead of looking towards the future.
“Many traditional contracts are a poor vehicle for delivering real change, and instead tend to entrench current practices: if you always do what you have always done, then you will always get what you have always got,” he wrote. “If agency-wide savings and lasting change are to be achieved, then new contractual relationships are needed.”

opinion/analysis
If I was to get to the heart of what Noonan is talking about here, it seems to be his opinion that government procurement is locked into a very traditional system where a project is proposed (usually to rectify systems which are way out of date and in urgent need of renewal), then goes through approval process, goes to tender, and gets more or less implemented, only to be drastically behind the curve by the time it’s finished. With better budgets and more flexible management, the private sector is often able to escape this problem.

The Ovum analyst appears to be arguing that procurement needs to move in directions that the software development industry has long been pushing into — agile development, where developers have been able to escape rigid software development processes and big project timelines (which are never met) and shift into a more flexible, constantly evolving cycle where change is accepted as the norm — in fact, the daily norm — and that making constant micro-adjustments to a project is the way forward.

I have to say, I wholeheartedly agree with Noonan. It is more than apparent that for most government departments and agencies in Australia (with the exception of the really huge organisations such as the Australian Taxation Office and the Department of Human Services, which can force through change through sheer power of dollars), the model of IT procurement and implementation is fundamentally broken. I’ve reported on dozens of failed government IT projects over the past five years or so; usually in state government. And basic government IT infrastructure is notoriously out of date; usually just basic Windows XP desktops, old-style analogue telephony; server infrastructure in outdated datacentres and poorly virtualised; the list goes on.

In addition, how can these kind of traditional procurement cycles possibly deal with the fact that revolutionary new technology is being introduced at a hugely rapid rate? If you don’t think it is, consider the fact that the iPad was only introduced to the world two years ago, and the iPhone only hit Australia in 2008. Major organisations such as Telstra, Optus and Fujitsu have only built large Infrastructure as a Service hubs locally within the past three years. Unified Communications rollouts have only taken off within the past half-decade — and already some of its fundamental underpinnings have been called into question. Microsoft only launched Office 365 a year ago. How can government CIOs be expected to plan on a three to four year basis, given this dynamic?

What I would like to see more and more of in Australia’s public sector is highly tactical IT deployment. I’m talking about things here like Bring Your Own Device policies. Skunkworks projects based on cloud computing platforms to deliver small but needed improvements to legacy systems. Flexible contracts with basic technology suppliers such as Microsoft, HP, IBM, Dell and others which would allow departments to scale up and down their use of IT infrastructure as a service. A focus on nimble systems and projects which can be deployed within a six month to one year time frame, at maximum.

In my view, the more departments and agencies can avoid “big bang”-style strategic IT projects and procurements, and focus on fixing operational headaches through tactical IT deployments, the more things will get better. A good example from the private sector would be Woolworths’ recent deployment of iPads and Google Apps to store managers. I wrote this at the time:

“Firstly, this is a perfect example of what I would call a ‘tactical’ IT deployment within an organisation. Woolworths’ IT team has clearly looked at the situation with its 890 store managers located around Australia and put together a micro-project which will instantly allow them to be more effective in their jobs. Using off-the-shelf, predominantly consumer technology, Woolworths has been able to quickly develop and drop in a tactical solution to aid in better store management and customer service.”

Yes, I know not everything can be solved through Google Apps and iPads, but delivering these kind of small projects can go a long way towards delivering learnings and organisational confidence to tackle major projects. Do something small, quick and fast, and do it successfully — then repeat that model, scaling up. We don’t see enough of this kind of behaviour in the public sector, which always seems to go for large projects which inevitably run over time and over budget — if they deliver at all.