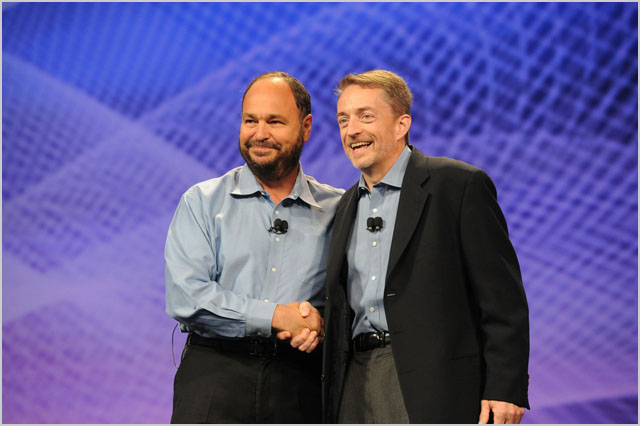 news VMware has abandoned its unpopular memory-based licensing model introduced in 2011, in a move which will likely be welcomed by the virtualisation vendor’s Australian customer base, some of whom had been vocal about the increased charges they saw as unreasonable.

The so-called ‘vRAM’ model was introduced in mid-2011 and saw customers licensed per physical processor, as well as allocated virtual memory. At the time, VMware positioned the new licensing arrangements as a shift to a more flexible model compatible with the on-demand philosophy common to the new generation of cloud computing solutions. Customers started to commonly cite the ‘percentage’ of memory which their sites were using, compared to their licensing limit.

However, the model was immediately criticised by a number of Australian customers. “VMware, I know you like money. I know you’ve made a lot of it over the years. I’m sure your parent company, EMC, is thrilled at your financial performance and market capitalisation. I know if I owned your company, I’d be pretty happy. Virtualisation is a hot topic, and seems set to continue that way,” wrote then Sydney-based IT manager Matt Marlor on the AuTechHeads user site in July 2011.

“But VMware, we need to talk. You’ve made a really bad misstep, and I want to talk you through it. You see, your announcement of vRAM licensing in vSphere 5 has really aggravated a lot of people – myself included. We don’t feel that your definition of “fair” actually includes customers anymore. Like I said, I don’t mind giving you money – and plenty of others feel that way too. But we do object to being gouged beyond all semblance of what’s reasonable.”

Responding to the feedback, the company introduced a number of changes to its model in August last year. However, they didn’t appear to have gone far enough for some, and the company’s new chief executive Pat Gelsinger revealed this week at the company’s VMworld forum in San Francisco that the so-called vRAM model would be rolled back.

“Today I am happy to say we are striking this word from the vocabulary,” Gelsinger said, according to Arstechnica. A separate pricing document released by VMware revealed that the new vSphere 5 licensing scheme “eliminates the restrictive physical entitlements of CPU cores and physical RAM per server and has no limitation on the number of VMs or amount of virtual memory (vRAM) on each licensed processor.”

The news comes as VMware, which is the dominant virtualisation vendor in enterprises globally, continues to face increased competitive pressure from rivals such as Microsoft in the virtualisation market in Australia. Earlier this month, for example, Australian engineering services company Norfolk Group revealed it recently picked Microsoft’s Hyper-V virtualisation solution over VMWare’s dominant solution as part of a consolidation of its server and datacentre infrastructure.

opinion/analysis
It seems like it was only a matter of time until this change was made, due to the extremely loud and vocal complaints VMware has received over the past 12 months regarding the vRAM licensing model. I suspect the company was waiting to make the change until its new chief executive Pat Gelsinger was able to take the reins from outgoing CEO Paul Maritz at VMworld in San Francisco this week (see picture above) — it’s always a good look for a new CEO to make a conciliatory gesture towards aggrieved customers.

It seems as if VMware is on notice now that it can’t make radical licensing changes of this nature without consulting its customers first, and I expect to see similar protests if the company pushes back at some stage, perhaps with respect to ancillary product lines. The relationship between a powerful vendor like VMware and their customer base, who are more or less forced to use their products (there really is no directly comparable product to vSphere in terms of featureset, at least not yet) is always complex. In this case I view VMware’s reaction and the preceding customer angst as the natural and organic evolution of a quasi-monopolist who tried to push things too far and was logically reined in and held to account by its most powerful stakeholders — the people who buy its products.

We’ve seen this story play out many times before — with Oracle, with Cisco, with Microsoft, with Google and with Apple. And I’m sure we’ll see it many times again as the technology industry moves ahead in the next few years.

On a side note, what’s up with VMware’s Australia and New Zealand online forum? It seems pretty devoid of activity, with the most recent post being some four months ago. Is there some other place online that local VMware users are hanging out?