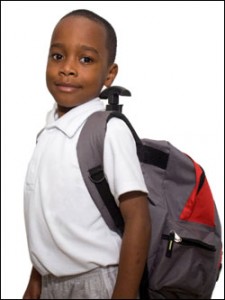 Microsoft’s challenge to virtualisation leader VMWare has achieved a high-profile Australian victory with a huge rollout of Redmond’s Hyper-V software to some 473 schools across NSW.

NSW Department of Education and Training chief information officer Stephen Wilson this week confirmed the department had in late 2009 started rolling out Hyper-V across the state.

In an email interview, he noted the implementation was a standard single instance deployment within schools that would host a limited amount of “discreet core services”.

Hyper-V is broadly seen by the industry as one of the main challengers to VMWare’s dominance of the virtualisation market. Microsoft tested the software in beta form for some time before finally releasing a market-ready version in June 2008.

In that short time, however, Hyper-V has developed a reputation for being a lower-cost virtualisation platform that is finding its feet in niches which do not require the full features offered by VMWare’s solution.

“We chose Hyper-V because we deployed an entirely Microsoft server stack at the school and from a remote management perspective we could report on both the host and the virtual machines from the one platform,” said Wilson. “We have found the Microsoft Hyper-V technology to be consistently stable.”

However, the department is not using all of Hyper-V’s capabilities – as it uses the software on a server that sits on the edge of schools’ networks.

Asked what lessons the department had gained from the deployment, Wilson would only say that Hyper-V had met the organisation’s criteria for single instance deployments, and was a good fit to aid in changes required in schools to support the Federal Government’s Digital Education Revolution program – which is seeing laptops and supporting infrastructure rolled out around the nation.

The deployment represents one of the few large rollouts of Hyper-V known to have occurred in Australia so far, although VMWare is extremely popular in the nation’s datacentres.