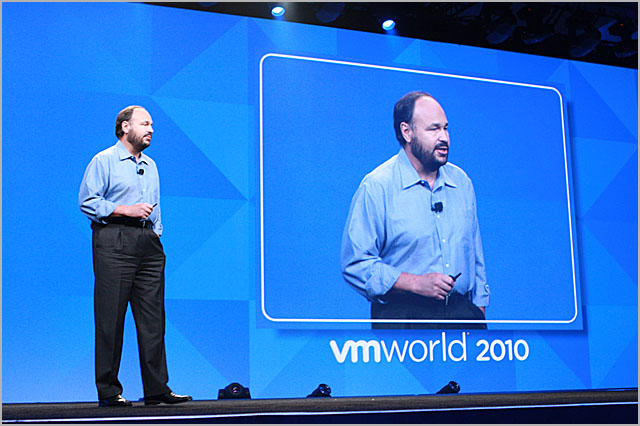 Those of us who run VMware environments might remember the user furore (including from Australian customers) which the virtualisation giant created a few weeks back when it made a number of changes to its licensing structure. Well, kudos to the company — it listened.

Writes VMware vice preside of product managament Bogomil Balkansky on one of the company’s blogs overnight:

“We have been watching the commentaries on the blogs very carefully, and we have been listening in the customer conversations very intently. We got a ton of feedback that probed the impact of the new licensing model on every possible use case and scenario, and equally important, reflected our customers’ intense passion for VMware.

We are a company built on customer goodwill and we take customer feedback to heart. Our primary objective is to do right by our customers, and we are announcing three changes to the vSphere 5 licensing model that address the three most recurring areas of customer feedback.”

Responding on the blog of the AuTechHeads user group, Sydney-based IT manager Matt Marlor welcomes the changes, noting he’s happy with moves in general. Essentially VMware has decided to substantially raise the vRAM entitlements per vSphere edition, while capping the amount of vRAM counted per virtual machine, and calculate a 12 month average of vRAM consumed rather than using its previous ‘high watermark’ approach.

However, Marlor’s not completely happy with the new policy.

“Now just to be clear, while I’m quite happy with the changes for my part, you’re still going to face some who are unhappy – particularly those who are reliant on the old vSphere 4 limits to RAM. I can appreciate their viewpoint too; taking an entitlement for Standard from 256GB RAM per host to 32GB vRAM is a bit steep. Unfortunately, I don’t think that everyone can feasibly win with the licensing model changes, and you will nonetheless have some unhappy customers.

I’ve said before that there’s nothing inherently wrong with the vRAM model, and I stand by that. You’ve increased the limits to be more fair to customers, and that’s certainly to your credit. I for one am happy with the changes. But is it enough to mollify the customers you’ve angered? Will you lose a lot of smaller customers at the Standard and Essentials end of the scale?”

Only time will tell. The good thing, though, is that VMware is actively listening to its customers right now — and that can only be a good thing.