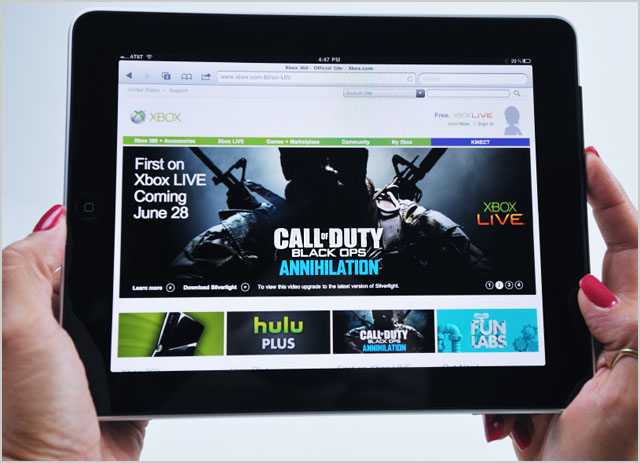 news The Australian Defence Force has gone to market for a solution which will allow it to provide highly secure smartphones and tablets to certain soldiers with the purpose of accessing command systems in the field.

The ADF’s Special Operations Command is a unit which oversees of all Defence’s special forces units — for example, the Special Air Service (SAS) or the Commando Regiments. It operates a set of IT systems known as the Special Operations Command Support System (SOCSS), which essentially constitute an information network within the overarching Defence Secret Network, which is one of the most restricted portions of its network.

In a request for information document released this week, the Defence Material Organisation, which is responsible for procuring resources for the ADF, noted it wanted to provide a select group of staff within Special Operations Command with smartphone and tablet devices that would allow them to access the special ops systems, as well as providing secure voice and data communications at Defence’s ‘Secret’ level.

The tablets would specifically need to allow staff to take notes using natural handwriting using a stylus or digital pen, the DMO specified, and the platforms must be able to communicate with Defence’s Internet telephony/unified communications systems.

The tablets and smartphones, DMO wrote, would rely on “commercial telecommunications carriers” to provide the mobile broadband backbone connection for “normal operations”, although DMO is also looking for a deployable cellular base station system to allow the devices to function in areas where there is no telecommunications infrastructure — for example, because of natural disaster or “internal instability”.

“This system would provide very limited user mobility within the footprint of the basestation,” DMO wrote. “It is envisaged that this would be connected to the SOCSS network through ADF wideband satellite communications links.”

DMO is not sure whether it will definitely go ahead with the project, but is seeking information from technology vendors about what solutions they have, so that it can evaluate the market. This procurement initiative is part of a joint project named REDFIN, which in general seeks to provide a number of enhancements to the special operations capability of the ADF.

The main thrust of REDFIN, it appears, is to provide the ADF’s special operations teams with extra land and networked capability — through the provision of new vehicle fleets, as well as a supporting integrated information environment and electronic systems — focusing on ” information exchange, information management, situational awareness, decision support and battlespace sensing”.

DMO noted that the smartphone and tablet platform which it is looking for “seeks to use advances in mobile device capabilities; and encryption techniques and protocols to provide SOCOMD users with a commercial style smartphone and tablet which will provide secure voice and data up to SECRET level”. “The proposal seeks to avoid system risk and lifecycle by utilising application and device software hardening, supported by advanced encryption methods, to enable a hardware device agnostic approach,” it added.

However, it is unclear to what extent the ADF would be able to utilise any of the major existing smartphone or tablet platforms for its purposes. The most open and configurable smartphone/tablet platform is Google’s Android system, but it is not known to have been certified for use in secure environments such as Defence, and would likely require significant third-party modifications and software to meet DMO’s requirements. Other platforms, such as Apple’s iOS and Microsoft’s Windows Phone 7 are primarily aimed at the consumer markets and are not seen as open platforms which would allow source code to be audited for highly secure defence purposes.

opinion/analysis
I would be fascinated to see which companies will supply information to DMO regarding this purchasing initiative. I suspect that those that do will be vendors which are highly specialised to focus on Defence operational systems, and not the usual consumer/business vendors which we’re used to. I don’t personally have a lot of knowledge of this area of the market, but I suspect that DMO will find it very difficult to get a satisfactory, battleworthy system to meet its needs. DMO clearly wants to leverage some of the innovation going on in the consumer/business space when it comes to smartphones and tablets, but it does seem unlikely that that innovation can be easily ported into a battle environment.

Having said all that, how hilarious would it be if Australia’s special ops supersoldiers ended up running around with iPads to access their command systems? Now that would make a good advert for Apple ;) As well as a postmodern science fiction writer’s dream vision come true. Imagine the Apple logo glowing subtly in the background as bullets whiz past over a wartorn battlefield ;) Photo opportunity! Or maybe I’ve been reading The Hunger Games a bit too much recently …