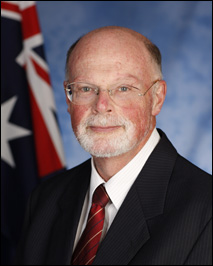 A number of high-profile technology projects which have been on the Department of Defence’s drawing board for years have been approved by the Federal Government, paving the way for hundreds of millions of dollars of technology spending to be unlocked over the next decade under the guidance of Defence chief information officer Greg Farr (pictured).

The highlight of the announcements late last week was Defence Minister Stephen Smith’s move to approve funding for a project definition study which will look into an overhaul of Defence’s troubled human resources management and payroll platforms.

Defence currently operates several major payroll systems – the high-profile PMKeyS, which broadly supports the force’s civilian remuneration (although it also supports the armed forces somewhat), and the Central Reserve Pay System (CENRESPAYII). CENRESPAYII is the system at the centre of Defence’s remuneration debacle in 2008 which saw some officers receive incorrect payments. A separate system, ADFPay, generates what Defence describes as the “allowance” component of the armed forces remuneration.

In a statement last week with Defence Material Minister Jason Clare, Smith said the Government had given approval for Defence to conduct pre-first pass analysis to investigate the costs and risks associated with streamlining and improving its HR and payroll systems.

“Defence will now report to Government in Financial Year 2011-12 on its requirements and implementation options with a vital requirement being the integration of the military payroll capability into Defence’s core personnel management system, which is currently used to pay over 20 000 Defence civilian employees,” the statement said. “Joint Project 2080 Phase 2B.1 is cost capped between $100 million and $500 million.”

The duo of ministers also gave first pass approval to Defence’s planned new Battlespace Communications System (Land). The project aims to provide a modern, deployable communications system which will enable combat information to be transmitted over a range of wired and wireless networks (including radio and satellite, for example) – including the transmission of multimedia information.

“This Project will enable Army and elements of the Air Force to replace ageing mobile communications infrastructure services and provide commanders with an increased level of situational awareness, command and control and information sharing capability,” the pair’s statement said. “This equipment will greatly enhance Defence’s ability to use modern information technology to link sensors, weapon systems, commanders and personnel in a networked environment.”

Although the Government does not expect to make a final decision on approval for the project until between 2012 and 2015, it has allocated costs between $100 million and $500 million for the project.

New Defence desktops
Like its payroll systems replacement project, Defence has been seeking to overhaul its desktop PC platform for many years, with Farr famously highlighting the fact that many Defence staff run multiple desktop PCs to separately access its two internal networks – the more mainstream Defence Restricted Network and the Defence Secret Network.

In April 2010, Defence requested suppliers interested in helping the department overhaul its desktops provide it with information as part of a request for interest process. The potential exists for Defence to shift to a thin-client model, instead of utilising traditional desktop PCs.

“It will make use of thin client and application virtualisation technology to deliver more effective use of Defence’s ICT resources,” the statement said. “Some key benefits anticipated from the Next Generation Desktop Project are increased savings on support and equipment costs, enhanced delivery of software upgrades and the introduction of new applications to the Defence Information Environment, and the delivery of a multi-level security capability.”

Defence will now proceed with a pilot project, which will assist the department in confirming its detailed requirements and costs for the full implementation. “This project will have positive industry outcomes, and also reduce energy consumption in Defence. Investment in Information Technology reform is critical to Defence, and this project will deliver the next generation of desktops for the department”, Snowdon said.