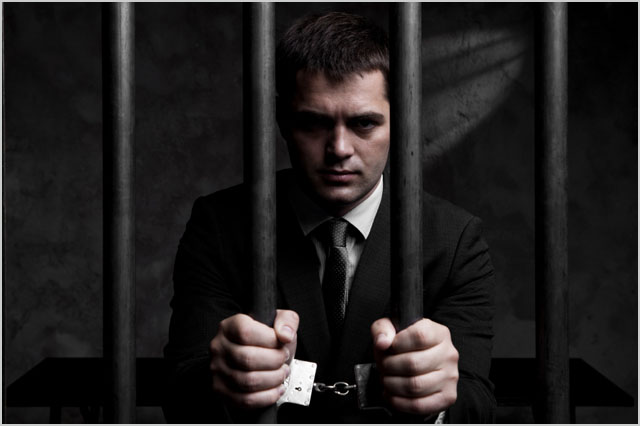 opinion The Federal Government should follow Queensland and enact a law which makes it illegal for politicians to knowingly mislead Parliament with false information. This would immediately have a dramatic and positive impact on the quality of the debate around the National Broadband Network.

Over the past several years, a number of senior, predominantly Coalition politicians, have repeatedly made a number of grossly inaccurate statements about the project, as part of attempts to discredit Labor’s broadband vision and promote their own.

Some of the worst recent examples include a Liberal MP inaccurately claiming that Telstra would launch a 12Mbps wireless broadband service which would “surpass” the National Broadband Network’s 100Mbps fibre to the home service; the leader of the Nationals falsely claiming that the NBN was not being rolled out in an area in his electorate and an inaccurate claim by Shadow Treasurer Joe Hockey that 4G mobile broadband services had the potential to be “far superior” to the NBN.

Opposition Leader Tony Abbott has become particularly renowned for his inaccurate claims about the NBN; falsely stating on a number of occasions that the Government’s funding of the project should be listed as an expense rather than a capital investment in the Federal Budget, claiming inaccurately that retail customers will pay up to three times more than current rates to connect to the NBN, and misconstruing the NBN project as a large expense to Australian taxpayers, when in fact it is projected to make a modest financial return on the Government’s investment in it.

A number of media outlets have over this period highlighted the inaccurate nature of these statements, providing evidence to show that they are factually inaccurate and should not be taken seriously. However, a number of other media outlets have continued to report the statements as fact, and in some cases, the politicians concerned have continued to repeat the statements, despite their inaccuracy.

This has placed journalists such as myself in a difficult position over the long term. For instance, if inaccurate claims continue to be made, when do you stop reporting that a leading political figure is ‘misleading’ Australia on a certain issue, has made a ‘factually inaccurate’ statement, or is simply ‘mistaken’, and start reporting instead that that politician is deliberately ‘lying’ on an issue in public, for political gain?

If a politician continues to make inaccurate statements about a major project such as the NBN, and some elements of the media continues to report them, is the right approach to continue to correct those statements with new articles, or merely to acknowledge that they have already been proven wrong, and ignore them?

In an article published on the ABC’s The Drum site last week, the presenter of the Insiders TV show, Barry Cassidy, makes it clear that the issue is a widespread one which exists beyond the NBN. He points out that Abbott has consistently been inaccurately referring to asylum seekers as “illegal arrivals”, despite these individuals having every right in Australian and international law to seek asylum from Australia. Recently, Cassidy points out, ABC radio presenter Jon Faine corrected Abbott on this matter on air. Abbott didn’t dispute the point, but within 24 hours was again incorrectly using the term “illegals” to refer to asylum seekers. “Nobody in the media pulled him up. He knew they wouldn’t. They rarely do,” wrote Cassidy.

What this example, and the example of the inaccuracies which the Coalition has made with respect to the NBN demonstrates, is that the media’s role as a check and balance on Australian politicians is broadly not succeeding when it comes to forcing those politicians to stay within reasonable parameters of debate and not simply mislead the Australian public on key issues of national concern. Either the ‘Fourth Estate’ is not powerful enough to enforce accuracy on politicians, or it is simply not trying hard enough.

So what’s the answer? In Queensland, the answer recently became to make it a criminal offence to knowingly mislead (lie to) the state’s parliament. In April, the state resurrected laws repealed under the previous Beattie Labor administration which will see anyone, including politicians, who lie to parliament could face years in gaol.

Several weeks ago, I asked Communications Minister Stephen Conroy whether, given the Coalition’s misrepresentations about the NBN, he would personally be in favour of importing this kind of law into Federal Parliament, or whether there were other measures which could be taken to improve the quality of the national debate about the NBN.

This is an issue on which Conroy has a keen interest. Earlier in that exact same press briefing, the Minister had gone on a lengthy diatribe about how sections of the media — especially the Financial Review newspaper — were constantly repeating misconceptions about the project perpetuated by the Coalition. Conroy went so far as to recommend that those interested in accuracy read broadband forum Whirlpool instead.

In response to my question, Conroy pointed out that a minister who misled parliament “usually has to resign”, and that Labor had a ministerial code of conduct with respect to such affairs. “If I lie or mislead parliament, then I have to resign,” he said. “That’s a pretty severe sanction.”

Conroy said that the shadow front bench — the leading members of the Opposition — “clearly doesn’t bother taking that serious”, adding that if Shadow Communications Minister Malcolm Turnbull and Opposition Leader Abbott, “decided to start actually telling the truth”, a number of the misconceptions in the AFR and other newspapers which he had highlighted earlier in his presentation would not be published.

However, Conroy stopped short of actually supporting the introduction of laws which would stop politicians misleading Federal Parliament, and it’s not hard to see why. After all, the Coalition is hardly the only political party to host politicians who make misleading statements, and Conroy has some form in this regard himself.

In February this year, for example, Conroy appeared to consciously tell a factual inaccuracy with respect to the current implementation status of Labor’s controversial Internet filtering project, stating that Telstra and Optus had implemented the mandatory filtering system, when they have only implemented a drastically reduced voluntary version.

In a press conference with Prime Minister Julia Gillard televised live nationally, Conroy was asked whether he was still philosophically committed to the Internet filter project, and whether it would be implemented during the current term of government, or the next. The full transcript is available online here. “Well, two companies, in fact three companies have already introduced it,” he said. “It may come as a great surprise to you that the internet hasn’t slowed down or collapsed. Telstra and Optus and a small – apologies to the third company – have introduced the filter.” However, as Conroy was aware, no Australian Internet service provider has implemented the Internet filtering system which remains the current policy of the Federal Government.

Now, I think it’s important to note that introducing a law making it a criminal offence to mislead Federal Parliament wouldn’t stop politicians from making inaccurate statements. Most political statements, after all, are made in speeches or press releases broadcast outside Parliament — not inside the walls of Parliament itself.

However, if we examine the NBN debate, it’s clear that there are some pretty major falsehoods which would have fallen under the purview of such a law. For example, in May this year, Abbott made a number of major misrepresentations about the NBN in his budget reply speech, broadcast from the floor of the House of Representatives. At least one of these misrepresentations — his claim that it would cost up to three times more to connect to the NBN — can be easily and quickly shown to be factually wrong. And in fact, Conroy pointed this out at the time, stating: “Tony Abbott should check his facts before delivering a national address in the Australian Parliament.” Indeed, he should.

When you examine the history of debate in Australia around the NBN, it’s not hard to find numerous other examples. Some articles quoting Coalition views on the NBN — such as this one discussing Joe Hockey’s opinion about the NBN’s funding — used speeches in Parliament as their base source. Others cite press releases — but when you dig into the parliamentary Hansard record around the dates in question, it becomes apparent that the press releases are based on, or discuss the same material as, parliamentary speeches around that time.

Other arenas of Parliament also become relevant. What about the regular Senate Estimates hearings, for example? Or the joint parliamentary committee specifically examining the NBN? Parliamentary Privilege — the concept that politicians should be legally free to say what they want in Parliament — applies to these venues, so it seems natural that any law criminalising misleading Parliament would apply here as well. And it is standard practice for politicians to engage in slanging matches on controversial topics such as the NBN in these hearings.

It was in a parliamentary committee hearing in April, for example, that Turnbull took NBN Co chief executive Mike Quigley to task for NBN Co’s move to build and launch its own satellites to provide broadband to rural and regional Australia. Turnbull claimed at the time that this sort of service could be more easily provided by existing private sector satellites and also that NBN Co had not followed the correct procedure during its launch plans. However, there appears to be little evidence that Turnbull’s claims were correct.

Unfortunately, I think it is extremely unlikely in the current political climate, that the Federal Government would in the foreseeable future follow Queensland and enact laws making it a crime to mislead parliament. This move in Queensland was the result of a fairly unusual set of circumstances surrounding the decimation of Labor in the recent State Election; and Queensland is an unusual state politically anyway. However, it’s hard to argue with the fact that the introduction of similar laws in Canberra would have a stark and immediate impact on the quality of important debates such as the one surrounding the National Broadband Network.

As Queensland’s LNP Attorney-General Jarrod Bleijie said in April: “The … community expects its parliamentarians to act responsibly and with the highest integrity. Knowingly giving false evidence before the Parliament or one of its committees is conduct cutting to the heart of parliamentary privilege and is deserving of criminal sanction.”

We couldn’t have said it better ourselves.