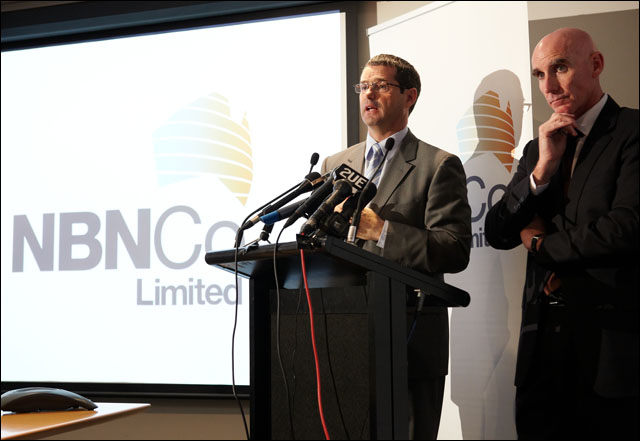 The company disclosed the timing of the highly anticipated document in a brief statement this morning, noting that the corporate plan would be made available through its website later this afternoon, along with an associated media release.

The news comes as NBN Co has recently been put under pressure to make further disclosures about its current rollout schedule and financial planning, amid concerns that the project may be significantly delayed. Independent MP Rob Oakeshott, who chairs the parliamentary committee examining the NBN, this week told the Financial Review newspaper that the corporate plan must “start to really tell the truth” or risk a backlash from voters and parliament.

In addition, Coalition figures such as Shadow Communications Minister Malcolm Turnbull have recently attacked the project for what they claimed was a failure to disclose some of the costs — principally, interest-related costs — involved in the project.

In the long term, NBN Co’s current projections — which are expected to be updated today — show the network is slated to make a return of between 5.3 percent and 8.8 percent on the up to $44.6 billion that will be invested in the network — meaning it will return an amount ranging from $1.93 billion to $3.92 billion, as well as delivering Australia a fibre optic telecommunications network to replace Telstra’s aging copper infrastructure.

The company is also expected today to make a further disclosure regarding the progression of its current rollout, which currently projects some 3.5 million premises in 1500 communities in every state and territory in Australia will receive NBN infrastructure over the next three years.

A number of conservative newspapers have already begun publishing a number of articles attacking the project over perceived issues related to its funding model and rollout. In yesterday’s issue of The Australian newspaper, for example, telecommunications analyst Kevin Morgan, who has been heavily critical of the NBN over its lifetime, claimed the corporate plan could “only highlight the massive failure to reach any of the initial plan’s goals”, while in an editorial this morning, the Financial Review claimed the project was “running nine months behind schedule”.

opinion/analysis
To my mind, it doesn’t really matter what NBN Co releases in terms of its updated corporate plan this afternoon. Conservative interests who have long been opposed to the project will use whatever information is released to attack it wholesale, and that will become the story, as far as anyone is concerned, no matter whether it reflects the actual truth of the NBN rollout or not.

However, despite the ongoing and incessantly negative coverage of the NBN from Australia’s largely conservative mainstream media, it remains a fact that most Australians remain positive about the project and its aims, and I don’t expect anything NBN Co or Minister Conroy does or says today to make a real difference with respect to that. Broadly, Australians are happy with the NBN as long as it’s going ahead and they know they will get better broadband at some point.