news Qantas this afternoon revealed its chief information officer Luc Hennekens would leave the company at the end of September, after three years leading the IT operation of Australia’s largest airline.

It appears the news of Hennekens’ departure was first reported this morning by iTnews.

In a statement, Qantas said Hennekens was leaving the role to be closer to his family, as well as to pursue an opportunity at a major company based in France. 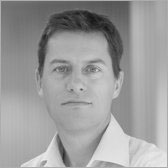 “From assuming the role of Chief Technology Officer in 2013, Luc was soon promoted to CIO and has been integral in the overall transformation of Qantas IT. Under his guidance, we’ve seen the introduction of a new service centre, we’re continuing to move digital applications over to our cloud based platform, and our service performance and project delivery continues to improve,” a spokesperson for the airline said.

“Luc has been part of putting Qantas at the forefront of innovation in the IT space, championing the role of digitisation to enhance our customer experience, while reducing operational run costs.”

“While this is a disappointment for Qantas, I know the IT leadership team that Luc has helped to build will continue on this fantastic journey. I hope you’ll join me in congratulating Luc, we wish him all the best with his future endeavours.”

“We’ll be starting a search for the CIO position shortly.”

Hennekens has had a global career which has spanned a number of countries.

The executive has worked in countries as diverse as the Netherlands, France, South America, Belgium, the Philippines, the United States, New Zealand, and most recently Australia, where he joined Qantas as its chief technology officer in December 2012, before ascending to the CIO role in September the following year.

Qantas has suffered something of a revolving door when it comes to its technology executives over much of the past decade.

For example, Qantas lost its then-head of technology, Stephen Wilson, two years after he joined the airline in August 2010.

It appointed a new CIO, Paul Jones, in April 2011, but Jones switched into an executive general manager of commercial role at the airline a little over two years later.

Qantas made its then-CIO Jamila Gordon redundant in March 2009, as part of a wider restructure taking place in the business at the time.