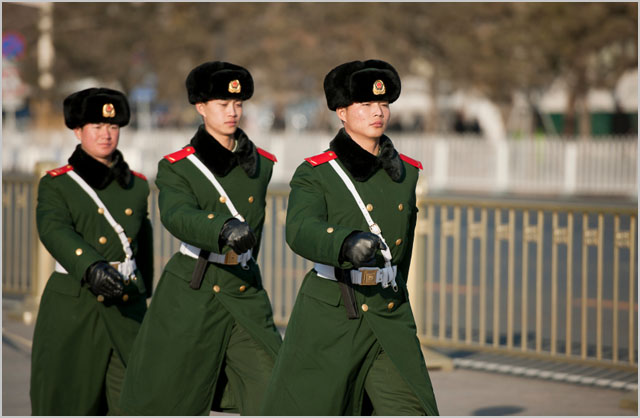 news Digital rights lobby group Electronic Frontiers Australia has described the Federal Government’s proposed new surveillance and data retention powers as being akin to those applied in restrictive countries such as China and Iran, as the group and others have renewed calls for an inquiry into the powers to have its timeframe extended.

The Federal Attorney-General’s Department is currently promulgating a package of reforms which would see a number of wide-ranging changes made to make it easier for law enforcement and intelligence agencies to monitor what Australians are doing on the Internet.

For example, the Government is interested in establishing an offence which would allow Australians to be charged with failing to assist in decrypting encrypted communications. Also on the cards is a data retention protocol which would require ISPs, for example, to retain data on their customers for up to two years, and changes which would empower agencies to source data on users’ activities on social networking sites.

Speaking on ABC television last week, EFA executive office Jon Lawrence said what the package amounted to was “a massive increasine in surveillance powers, with a corresponding decrease in accountability”. “What we’re seeing here is the sort of powers that probably fit better in a place like China or Iran,” he said. Both China and Iran are noted for being countries where citizens’ activities on the Internet and other communications channels are strictly controlled and monitored, especially in areas where citizens have the capacity to express dissent against the countries’ ruling governments.

In a separate statement issued late last week, the EFA added that it was “particular concern that with such a wide-ranging and potentially significant legislative reform, the community has been given a mere four weeks in which to digest the implications of the proposed changes and to make submissions to the Joint Committee.”

The changes represented “a potentially significant threat to the civil liberties and privacy of all Australians”, and the EFA would be working with other civil liberties organisations on the issue and releasing its comments on what it regarded as the most concerning proposals as it worked through the implications of the Government’s discussion paper on the issue, the organisation wrote.

Separately last week, the Parliamentary Joint Committee on Intelligence and Security, which is to examine the proposed reforms, rejected requests from interested parties to extend the short deadline for submissions to the inquiry. The Pirate Party of Australia and a number of other individuals and groups have requested an extension to the submission window for the inquiry, given the wide-ranging nature of the proposals.

Since the Committee rejected the proposed deadline extension, Greens Senator and Communications Spokesperson Scott Ludlam has added his voice to the calls for the deadline to be extended.
“I am writing to urge the Joint Parliamentary Committee on Intelligence and Security to extend its formal deadline for submissions to the inquiry on Potential reforms of National Security
Legislation,” Ludlam wrote in a letter to Labor MP Anthony Byrne, the chair of the committee, last week, seen by Delimiter.

“Given it took several months for the Committee to consider the Terms of Reference proposed by the Attorney General, and given there is no reporting deadline, I hope that it might it be possible
to provide more than 4 weeks for experts, academics and concerned members of the public to respond to the 6-page terms of reference that involves complex matters of domestic and
international law. As the Australian Greens are not represented on your Committee, I wish to foreshadow my intention to make a submission to this Inquiry.”

opinion/analysis
I was pretty hard on the EFA last week on Twitter, slamming the organisation for failing to respond to the kind of online civil rights issues which this new package of reforms raises. It is good, subsequently, to see the organisation standing up on these issues, which really go to the core of why the organisation exists. In general, my broad opinion on the package of surveillance reforms promulgated by the Federal Attorney-General’s Department remains unchanged. As I have written several times now: