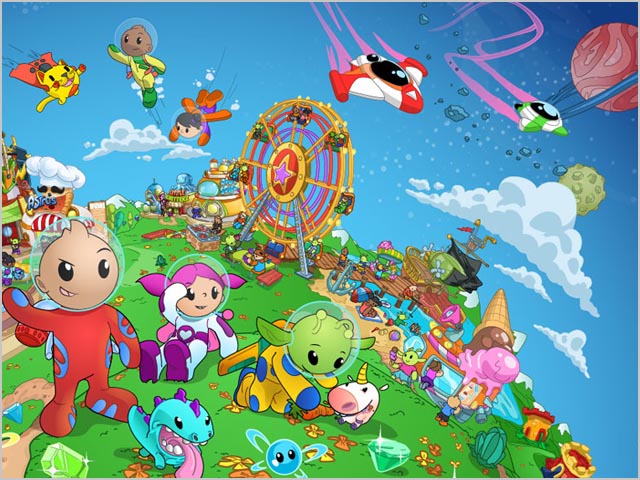 Bubble Gum is an independent children’s entertainment studio formed in Sydney over the past several years. The company’s first product, Little Space Heroes (pictured) is billed as a “safe and fun” online game for kids that is free to play but also has a subscription membership model. The game’s site advertises it thus: “Little Space Heroes is all about adventure, discovery and friendship. Children are encouraged to work together as they go on quests, play mini-games and solve mysteries. Learning the art of team-play and sharing, socialising and communicating are cornerstone elements of Little Space Heroes. We encourage good behaviour and inspire kids to be the best heroes they can by way of our Space Hero Code.”

In a statement released today, Bubble Gum revealed it had raised $2.5 million in a small eight week time frame to further the development and sales of the game. “The funds will be used to scale operations,” the company said, ” including bringing on board new key talent, cementing global distribution programs and expanding marketing as the business races towards its next milestones. A percentage will also be used to help accelerate development of new products and services including Little Space Heroes games for mobile devices, animated cartoons and global licensing program development.”

In August 2011 when the company raised its first major round (it also had initial investment from its founders), the company told ZDNet.com.au that investors included the Sydney Angels sidecar fund, along with Artestian Capital, Elevation Capital, Angaros (Singapore) and an unnamed firm, as well as government grants.

This week the company said: “The new round saw key investors from Bubble Gum’s previous raise continuing their investments, with new money from a mix of angel and VC’s from Australia, Asia, Europe and the USA including Sydney Angels Sidecar Fund, Melbourne based Starfish Ventures and Tokyo based IT-Farm Corporation. Sizhao Yang, co-creator of Farmville and respected Silicon Valley investor Bill Tai also invested in Bubble Gum’s adventures.”

The company’s chief executive Phil Mason said that Little Space Heroes was experiencing “incredible growth”, with tens of thousands of kids playing the game every day from over 80 countries. Mason described the company’s second investment round as “a dream run”, with plenty of capital to invest in rapidly establishing the game as “the number one virtual universe for kids and families”. “In addition to the capital, we’re very pleased to have brought on board investors with significant experience in gaming, entertainment and technology sectors,” he said.

Several of the investors, Tai and Starfish Ventures investment director Nick Peace, praised the company. “Very excited to add fuel to the rocket that is Little Space Heroes,” said Tai. “This is a team that has done it before, and I’ve been very impressed with their product execution and user traction. Their organic user growth has been phenomenal and this financing should help Bubble Gum step on the accelerator.”

Peace added: “We recognised the great opportunity at Bubble Gum for the kids games space. We were very impressed at their technological innovation around security and safety, so we’re not surprised they’re the most highly accredited game on offer for kids.”

MMGN’s review of Little Space Heroes — one of only a few found online — expressed positive sentiments about the game, which is primarily designed for kids aged between six and 12 years old.
“Little Space Heroes is ambitious, however it seems that Bubble Gum Interactive is more than capable of creating a deep and fun experience for a market that is often bombarded with educational puzzle games,” the site wrote. “Offering younger players a vast and exciting galaxy to explore with their friends in real-time is a novel idea, and one that we think is really going to take off.”

opinion/analysis
Firstly, it’s fantastic to see a Sydney interactive entertainment studio attracting so much investment so early. This indicates a great deal of investor confidence in Bubble Gum, and from a wide range of investors to boot.

There are several possibilities for why such investor confidence exists. Firstly, it is possible that Bubble Gum is achieving strong early sign-up rates, including strong numbers of paying members for Little Space Heroes. A growing financial base would be direct evidence that the company’s model is working, and would lead to the sort of investment confidence which we’re seeing here. However, I also suspect Bubble Gum’s investors are keeping an eye out for a speedy acquisition. Massive video game companies such as EA haven’t been shy about throwing down large sums of cash for innovative Australian gaming studios, and the polished nature of Little Space Heroes would suggest that Bubble Gum could make a company like EA a lot of money following an acquisition.

Personally, as I always do, I’d like to see Bubble Gum rapidly expand and become a major gaming studio focused on the children’s market. I’m a parent, and we need more great video games for our kids. I’d love it if some of those great games could come from Australian developers.