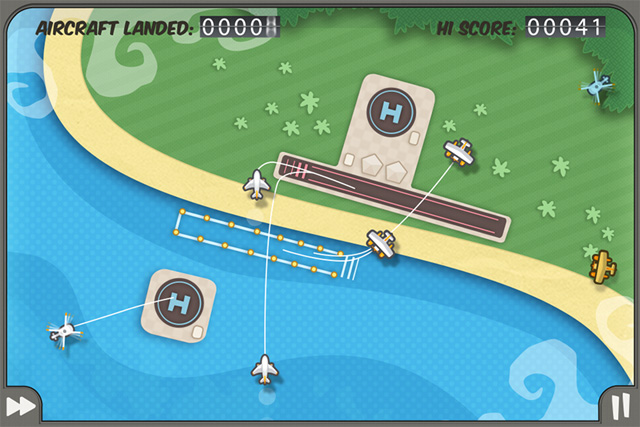 Firemint had shot to global prominence over the past few years through several popular in-house developed games. In addition, the company recently merged with fellow Australian independent studio Infinite Interactive, maker of the Puzzle Quest line of games.

Flight Control appears to have been highly lucrative for Firemint. In January 2010, for example, the developer noted it had sold 2 million copies of its Flight Control app for Apple’s iOS platform — which costs $1.19. The game has appeared on a number of ‘top 100’ paid apps lists around the world, and has held the top spot in some countries, including Australia. Most of the sales at that stage (46 percent) had come from the US, with Australians contributing 8 percent of sales.

Firemint has yet to respond to a request for comment this morning, but a statement distributed by EA overnight said the company would bring with it “an attractive future slate of games”. Financial details were not disclosed.

“The Firemint team is remarkable for its critical and commercial success,” said Barry Cottle, executive vice president and general manager of EA Interactive. “Having them as part of EAi will accelerate our position as worldwide leader in game development for mobile devices and online gaming platforms.”

Electronic Arts is one of the world’s largest video game makers, with a long list of franchises to its name; among them the Mass Effect, Sims, Rock Band, Medal of Honour, Need for Speed, Dragon Age and Command & Conquer series.

However, the company has garnered a poor reputation for itself in the industry over the years as a workplace, due to what some saw as poor working conditions for its game developers, some of whom had worked extraordinarily long hours. The company has reportedly made an effort to improve its employee satisfaction, especially associated with the appointment of John Riccitiello as the company’s new chief executive in 2007.