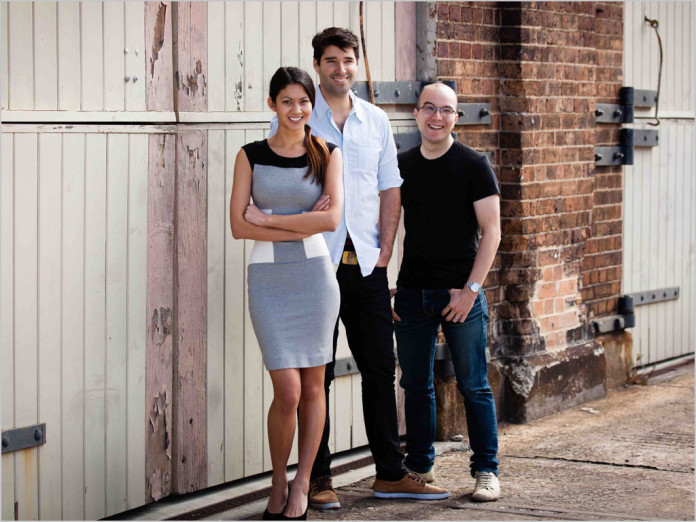 news Australian graphic design software company Canva this week revealed it had raised a further $15 million in venture capital investment, in what appears to be the company’s fourth sizable capital raising in only the past several years.

Founded in 2012, Canva sells access to an online tool which allows customers to undertake graphic design tasks. The company’s consumer tool is free, but it also seels a professional version, which costs up to US$12.95 per month.

The company has reportedly previously raised capital in a clutch of investment rounds. Initially, in March 2013, the company raised $3 million in seed funding. The next year it was $3.6 million, and in April 2015, a further $6 million was raised. The investors involved so far have been a range of Australian and international investors.

In a blog post this week, co-founder and chief executive Melanie Perkins (pictured above with the company’s other co-founders) announced a further $15 million Series A investment round.

“Truth be told, there’s few days that I don’t pinch myself. We launched Canva to the world just over two years ago and now have five million users around the globe and an incredible supportive, vocal community,” Perkins wrote.

“Today marks the start of the next chapter and we couldn’t be more excited to announce our $15M Series A investment led by Felicis Ventures alongside existing investors Blackbird Ventures and Matrix Partners. Our new funding will help us to expand and build what we believe is the future of design and creation.”

Perkins noted that Canva was “far from an overnight success”, being based in the learnings that the executive had garnered some eight years ago teaching design programs to students. These days, Perkins wrote, Canva was quickly becoming the primary design tool for the company’s users, who range from marketers to non-profits, bloggers and the education sector.

The company’s professional Canva for Work project has been adopted rapidly by companies across the globe, including Yelp, Upworthy, and Lonely Planet, according to Perkins. The executive also announced a new program which would allow non-profit companies to access Canva for Work for free.

Firstly, the company appears to be raising a lot of money, fast, in multiple rounds. This signifies that there is plenty of money slushing around in the streets from both local and overseas investors for innovative, fast-growing Australian technology startups. This is good news.

However, it also signifies that Canva’s financial situation may be a bit … fluid, maybe a bit chaotic. We usually don’t see so many investment rounds from early stage startups — instead, they tend to take one or two significant rounds. I’d like to know why Canva appears to be raising money every year at the moment.

Secondly, I would question what the company’s revenue stream is actually like. It seems clear it has a great product, but so far it appears that it’s only charging for the professional version of its product. Given that most professional designers will be using something much more high-powered like Adobe Photoshop … how much in revenue is Canva actually making right now? How fast is that revenue growing? Does it have any plans to monetise its free customer base?

And lastly, I would say that its probably the case that Canva’s long-term exit will be being acquired by a larger software company and integrated into their existing offering. The company appears to have built an awesome featureset. A multinational software company would most likely find this kind of featureset attractive. We’ve seen this before in Australia, and I suspect we’ll see it again here. This may be behind the fact that it does not appear to be strongly monetising its free user base — it’s going for a featureset-style company sale, rather than a long-term sustainable revenue picture.

It will be interesting to find out where things go from here with the company.