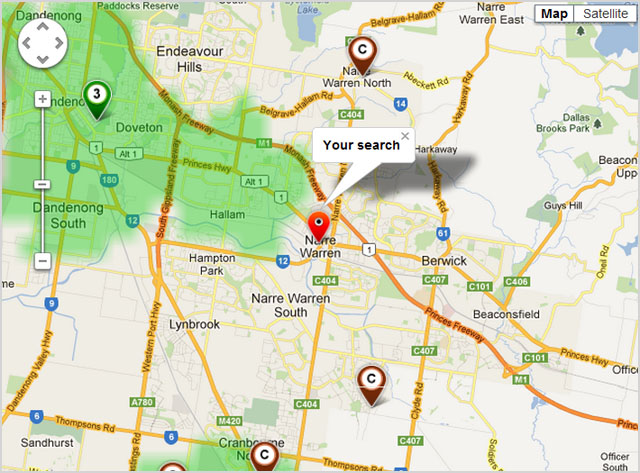 news Victoria’s Liberal IT minister has praised Telstra for deploying so-called ‘top hat’ upgrades to its ADSL2+ infrastructure in the Victorian region of Narre Warren in his electorate, stating that the rollout would provide high-speed broadband in areas where the National Broadband Network had so far failed to deliver on its promises.

The Telstra ‘top hat’ project is an initiative which the telco started rolling out in November last year, which will see ADSL2+ infrastructure deployed on top of some of Telstra’s 5,000 street side cabinets around Australia, with the idea of upgrading the cabinets so that they can support high-speed broadband, where previously they could not. The telco plans for the rollout to hits some 2.000 cabinets within the 18 months from November last year.

In a statement issued last month, Victoria’s Liberal IT Minister, Gordon Rich-Phillips, said he welcomed news that the deployment would affect the Melbourne suburb of Narre Warren, an area in his electorate of the South Eastern Metropolitan Region which was previously seen as semi-rural, but has rapidly developed over the past years to become a growth centre in Melbourne. Rich-Phillips said the infrastructure upgrade would have the impact of providing local residents with access to faster fixed-line broadband services in absence of effective NBN rollout in the area in the coming years.

“It is appalling the Gillard Government has not focused their efforts on servicing areas with inadequate levels of broadband, instead favouring areas like Melbourne’s CBD which already has the most competitive market for high-speed broadband in the state,” he added. “Under the NBN’s three year rollout plan, many Victorians in outer metropolitan areas like Narre Warren would have continued to miss out on the economic and social benefits of broadband, despite high demand for these services.

“Telstra’s announcement of upgrades to provide faster broadband to Narre Warren residents and businesses will help connect those who continue to feel disconnected by NBN’s refusal to roll out broadband infrastructure into local black spot areas. This upgrade of fast fixed-line broadband is yet another example of the private sector picking up the slack where the Gillard Government’s NBN plan is failing to deliver outcomes for locals,” Mr Rich-Phillips said.

In late March, NBN Co released a detailed plan of the locations and schedule where it plans to deploy fibre and wireless broadband infrastructure over the next three years, noting that the rollout was slated to hit some 3.5 million premises in 1500 communities in every state and territory in Australia. The locations were chosen, according to NBN Co, firstly on the basis of meeting a number of policy objectives, namely that construction should take place across both rural and metropolitan areas; that construction should be across all states and territories; that the rollout in Tasmania should be finished by 2016 and that all new developments with over 100 premises should be covered.

Some well-known blackspot areas, such as Canberra’s Gungahlin suburb, have been targeted as part of NBN Co’s plans in its first few years. It is not clear what level of infrastructure currently exists in Narre Warren. The area’s centre is not due to receive NBN infrastructure as part of NBN Co’s three year, plan , but several areas around it, such as Hallam, Dandenong South, Doveton and Cranbourne North, are.

In August 2010, some 400 Narre Warren South residents signed a petition put forward by a group describing itself as the Narre Warren ADSL Action Group, in an effort to get high-speed broadband connected to the area. The group’s website reportedly stated that the area was “one of the last to receive ADSL in metropolitan Melbourne”.

Rich-Phillips has been slammed by the Victorian Labor Party previously for perceived conflict of interest issues with respect to a property in Narre Warren, which was reportedly owned by the Minister’s parents and was listed for sale in April 2010 for $2.2 million. At the time, then-Labor Deputy Premier Rob Hulls said Rich-Phillips should have disclosed his parents’ property when voting on the expansion of a growth boundary in the area, claiming Rich-Phillips lived at the property.

It’s not the first time that the Victorian Coalition Government has expressed dissatisfaction with Federal Labor’s NBN project.

In January, the Government said it was ‘disappointing’ that the early stage rollouts revealed by NBN Co so had had not prioritised the regions in Victoria which had “the greatest unmet demand for broadband”. “The Victorian Government is concerned that disparities between regional and metropolitan Victoria may persist during this next phase of broadband development,” the state wrote in its submission to a Federal Government review at the time, “and could potentially magnify the disadvantages of regional communities as their metropolitan counterparts enjoy accelerated benefits of broadband as the NBN is rolled out.”

In October 2011, Rich-Phillips called for Victoria to receive its “fair share” of NBN coverage, saying: “The rollout plan shows that Victoria is being disadvantaged in the important early stages of the NBN rollout. According to the rollout schedule Victoria’s share of NBN construction activity as a proportion of its population will be the lowest of any State or Territory. Victoria has a 12 per cent share of national premises to be covered in the next 12 months, less than half our approximate 25 per cent share of the national population.”

In December 2010, Rich-Phillips confirmed the state’s then-fledgling Coalition Government did not support the introduction of Labor’s preferred ‘opt-out’ model for the National Broadband Network, in a move that could force residents to actively choose to receive fibre infrastructure when the rollout hits their neighbourhood.

opinion/analysis
In some senses, Rich-Phillips is right here. The NBN won’t hit the core of Narre Warren in the next three years, while Telstra’s top hat program will. These are objective facts which can’t be disputed, and it seems to be the case, unfortunately, that residents of the area have been calling for better broadband access for some years now.

However, NBN Co also doesn’t have the responsibility or a mandate to fix all of Australia’s broadband blackspots within the first few years of its life. It does have a responsibility to deploy its infrastructure in a variety of locations nationwide, as to avoid claims of favouritism. There are many factors which went into the NBN’s three-year rollout schedule, and it would have been unreasonable for the company to simply deploy all of its early locations on the basis that there was a blackspot in this or that specific area.

Despite, this, as Rich-Phillips knows, all of these blackspots will eventually be addressed by the NBN in the long-term; a fact which the Federal Coalition’s own more limited plan can’t yet match, as we don’t have enough detail to know precisely what would occur under a Coalition Government.

In general, the Victorian Coalition Government can’t seem to make up its mind on the NBN. Does it think the project is a waste of time by the Federal Government, or does it want the rollout to proceed faster, in more areas, in Victoria? Over time, the State has issued conflicting media releases in this area, and it’s a bit hard to tell what its policy actually is regarding the NBN. Under the headline “Blatant hypocrisy: Victoria demands NBN “fair share”, in October last year I wrote:

“… the approach of the Victorian State Government to the NBN is nothing short of embarrassing.

To do anything else is to fall victim to the pernicious idea that all politics is purely tactical — that no ideal or vision should survive beyond the limits of its political expediency. And that, for Western democracies … is a very dangerous idea indeed.”

These comments still stand. Victoria needs to make up its mind on the NBN and stop attempting to play both sides. It’s hypocritical for the Victorian Coalition to slam a Federal Labor project for not targeting a specific area within a Liberal MP’s electorate in the first three years of the NBN’s rollout schedule, while not acknowledging that the NBN will eventually reach that area; a promise which the Coalition’s own NBN policy can’t yet make. But then, that’s politics.