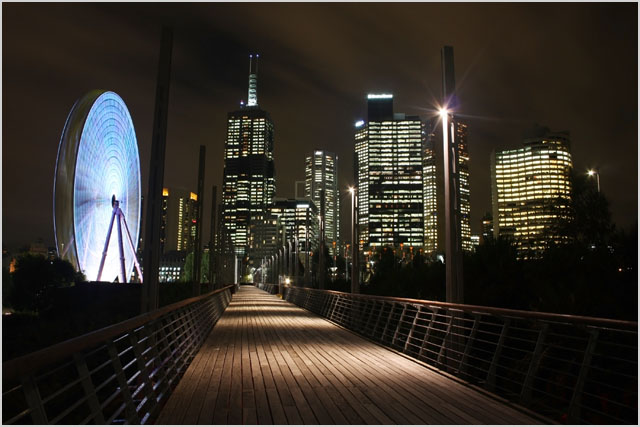 opinion Long-time NBN watchers will remember that the Coalition State Government in Victoria has had a schizophrenic history with Federal Labor’s National Broadband Network project.

In October 2010, before the state election in which the Coalition won power, then-Shadow ICT Minister Gordon Rich-Phillips said a Victorian Coalition government would work with the NBN and push to get the best deal for the initiative. His comments followed similar expressions of support by then-Opposition leader Ted Ballieu about the project when it was launched in April 2009. “High-speed broadband, infrastructure and jobs are critical to Victoria’s future and we support the fast-tracking of infrastructure initiatives,” Baillieu said at the time.

However, by December 2010 the tune had changed, with the state becoming the first (and only) in Australia to mandate the introduction of an ‘opt-in’ model to rolling out the network after the Coalition took power, in a move which many believed would dramatically slow down the rollout of the NBN in Victoria and add an incredible layer of bureaucratic red tape.

By June this year, Victoria’s support for the NBN had turned into hostile opposition, with the state filing a lengthy submission to a parliamentary inquiry on the matter. The state wrote:

“The increasingly apparent risk is that the Commonwealth could, over time, fully replicate a dysfunctional telecommunications market structure that has hindered investments in the current broadband market. This would be the result if it simply replaces Telstra’s market power with an NBN Co infrastructure monopoly with all the attendant inefficiencies and constraints on investment, innovation and future policy making.”

All of this is why we consider it so incredible that Rich-Phillips has this week issued a media release calling on the Federal Government to give Victoria its “fair share” of NBN coverage, following the release of NBN Co’s 2012 rollout schedule. Said Rich-Phillips:

“The rollout plan shows that Victoria is being disadvantaged in the important early stages of the NBN rollout. According to the rollout schedule Victoria’s share of NBN construction activity as a proportion of its population will be the lowest of any State or Territory. Victoria has a 12 per cent share of national premises to be covered in the next 12 months, less than half our approximate 25 per cent share of the national population.”

“It is the Commonwealth Government’s responsibility to ensure that adequate broadband services are delivered to all Victorians,” Rich-Phillips added. “Victoria’s regions and outer metropolitan black spots need improved broadband services now. And the inadequate rollout will hold back Victoria’s innovative and research-focused industries and institutions.”

Ha! From our point of view, what has held back Victoria’s participation in the NBN most so far is not NBN Co’s rollout schedule, but rather the policies of the State Government itself.

It is incredibly hypocritical to be damning the entire NBN policy on the one hand, while on the other hand complaining bitterly that it’s not rolled out faster in your own state.

Now, this is an approach we’ve seen before before from some elements of the Coalition. Several months ago, Liberal MPs Rowan Ramsey and Steve Irons tabled questions in parliament asking why some of their constitutent towns weren’t receiving fibre or wireless broadband under the NBN. And similar attacks have come from Liberal MPs in Queensland.

An even more ridiculous example of the Coalition’s ‘have your cake and eat it too’ approach was found in the person of the then-Liberal Lord Mayor of Brisbane, Campbell Newman, who, as Communications Minister Stephen Conroy pointed out, had proposed his own fibre to the home scheme for the city. One wonders what Newman’s attitude to the NBN will be if he wins power as the next Queensland election.

Now, much of this is just politics — the Opposition opposing the Government any way it can — and much of it is based in the murky land of state politics — a less clear arena than Canberra. In particular, I can forgive the individual complaints of many MPs representing their electorates — this just represents poor party discipline.

However, the approach of the Victorian State Government to the NBN is nothing short of embarrassing.

To do anything else is to fall victim to the pernicious idea that all politics is purely tactical — that no ideal or vision should survive beyond the limits of its political expediency. And that, for Western democracies … is a very dangerous idea indeed.