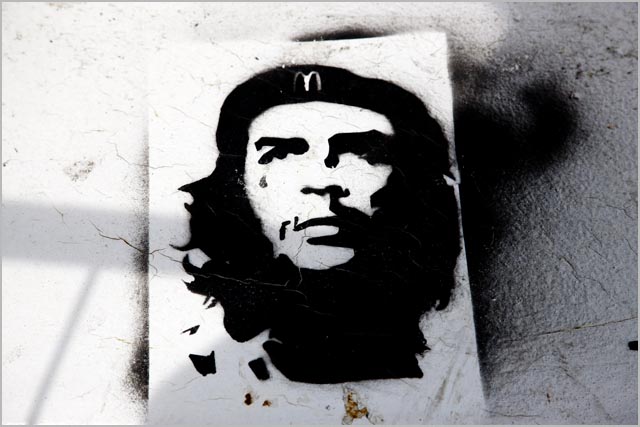 news The founder of DVD and streaming online video service Quickflix has made a stirring speech to a local investment conference, arguing that Australia is at the beginning of “an IPTV revolution” that will see the nation’s entertainment choices reach equal par with those available in the US through popular platforms such as Netflix.

In the US, multiple options for streaming and downloading online movies and TV shows are available, ranging from Netflix to Hulu, Amazon Prime and Apple iTunes. In addition, it is common for new television shows and movies to make their way onto such platforms shortly after release. However, in Australia, content is often delayed before it is released online, and platforms such as iTunes do not contain the full range of content.

Netflix does not operate in Australia and has no immediate plans to do so, with Quickflix, which has its roots in DVD rental via physical mailouts but has also recently branched out to online streaming, FetchTV and Telstra’s T-Box platform being the main options for online video.

However, Quickflix founder and executive chairman Stephen Langsford told a conference held by Macquarie Bank last week, Australia was currently “at the beginning of an IPTV revolution, which will fundamentally alter the way we enjoy movie and TV content”. “The battle for the lounge room in Australia is only starting,” he said.

According to Langsford, at the heart of this revolution was several factors. Firstly, he said, all major TV manufacturers were now selling Internet-connected TVs with native interfaces to content services such as the one which Quickflix provided. “Penetration of these new TVs is still relatively small at less than 8 per cent of households but is set to grow dramatically as Australians upgrade their TVs,” he said.

This, combined with the fact that game consoles such as Sony’s PlayStation 3 and Microsoft’s Xbox 360 and tablets and mobile phones were becoming platforms to stream content, meant content was being liberated through the Internet and giving consumers ” unprecedented choice and access”.

Langsford pointed out that in the US, Netflix streams accounted for 20-30 percent of all Internet traffic in the country. Quickflix wanted to replicate this success in Australia, he said. “Our mission is to become a major entertainment brand with over one million subscribers by 2016.”

The Quickflix executive pushed the view that the best option for Australian consumers was a streaming platform which would offer an unlimited “all you can view” movie and TV streaming service for a single monthly price across any device or platform. This, he said, was an important point because currently in Australia, most companies — notably, FetchTV, T-Box and iTunes — locked customers in to a particular device, which he said limited the number of consumers who would take up such services.

Langsford said much of the growth in the sector would come through the cannibalisation of existing sectors of the entertainment market.

“In the 1990’s there were over 3,500 video stores in Australia — that number is now around 1000,” he told the audience. “PayTV in Australia has flat-lined at just over 30 per cent household penetration. In the US where cable has achieved 90 per cent household penetration there is increasing evidence of cord-cutting—consumers turning off their TV opting for over-the-top internet services such as Netflix.”

In addition, DVDs in general were going to go the way of the dodo.

“Even with the rise and rise of streaming, DVD still accounts for 80 per cent of Hollywood’s revenues,” Langsford said. “The inevitable overtaking of DVD by streaming and digital download as the primary way in which households enjoy movies and TV will play out over the next decade as more and more consumers IP-enable their lounge rooms and as Hollywood makes more content available digitally, removing the earlier release window advantages that DVD still enjoys today.”

“Video stores are receding from our suburbs, facing the same issues as other retailers. Not only are they confronting high cost of rent and labour but they face competition online from services like Quickflix which offer better choice and convenience. Quickflix 50,000 titles compares to around 2,000 titles in the average video store. Each day as Quickflix range expands and our service improves , our proposition to consumers becomes more enticing —we’re in a virtuous cycle of growth, while video stores are in a state of terminal decline.”

In addition, Langsford said even those currently downloading pirated content online through platforms such as BitTorrent were a potential target market for IPTV services like Quickflic.
“We’re targeting the $1.5 billion DVD market as well as a segment of the piracy market who we believe we can revert to legal usage by quality streaming content experience; ease of access and attractive price point,” he said. “Today more movies are streamed legally through Netflix than are illegally downloaded through Bit Torrent.”

opinion/analysis
From what I’ve seen so far, Quickflix’s IPTV streaming video platform isn’t all that crash hot; in terms of codec quality and range the service still leaves a lot to be desired. But we already knew that.

What I think it’s important to take away from what I believe is a landmark speech by Stephen Langsford is that finally, FINALLY, someone in Australia’s entertainment market has recognised precisely what consumers want when it comes to online video content and is preparing to give it to them. One monthly subscription cost for all you can download, with content that you can view on any device and that isn’t tied to your broadband connection. Bingo. This is what everyone wants, and I applaud Langsford for finally saying what very few executives in Australia’s entertainment sector have had the courage to say.

DVD is dying, and our TV networks are not giving us what we want. It’s time for a new model; a model which has already been proven in the US through Netflix and similar platforms. All that remains for Quickflix now is to execute on that vision. And if a home grown Australian company can do that before the big multinationals come along and try to steal the pie for themselves, even better. As Bender Bending Rodriguez would say, “Netflix? We’re going to build out our own Netflix. With blackjack, and hookers!”