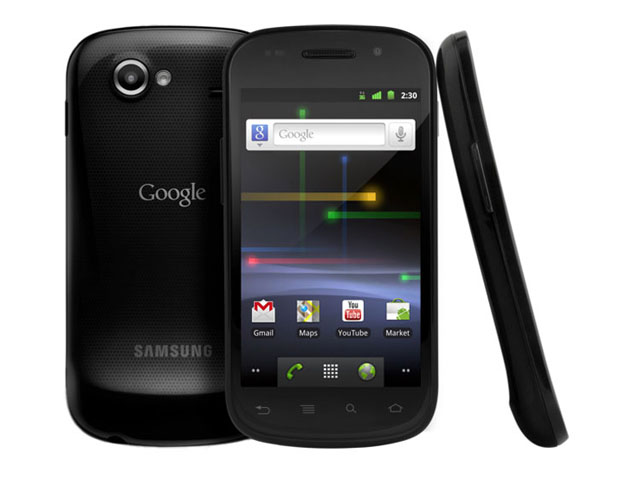 news Vodafone has launched an online only clearance sale for select smartphones, primarily offering recent generations of Android models in the deals, but also models with different operating systems from the likes of Nokia and Research in Motion.

The Samsung Galaxy S (8GB) runs on the Android (2.3) platform and has a 4” WVGA Super AMOLED touchscreen. It has an ARM Cortex A8 1GHZ processor. It comes with an internal memory capacity of 8GB, and expandable memory capacity up to 32GB. The 5 megapixel camera comes with digital zoom, and auto focus but no flash; it can record HD video at 720p and has a HD playback. The phone connects wirelessly to a Samsung TV to display videos and images.

The Samsung Google Nexus S runs on the Android (2.3) Gingerbread OS, and comes with a 4” WVGA, super AMOLED screen using capacitive touch technology. It has a 1GHZ Cortex A8 (Hummingbird) CPU, 16GB of onboard memory, and a 5 megapixel back-facing and front-facing cameras for video calls. It has an updated user interface, supports near field communication and video calling, as well as Google TV. Google apps and their updates are available on this phone. Delivery for this handset may take up to seven days.

The HTC Desire HD runs on the Android 2.2 (Froyo) and a 1GHz Qualcomm Snapdragon processor. It has 768 MB of RAM, 1.5GB of flash storage, and can add a micro SD card with up to 32GB of storage. It has an 8 megapixel camera with dual LED flash and autofocus, and features such as FM radio tuner, and A-GPS support, among others. All seven home screens are accessible at a touch.

The Nokia N9 has a 3.9” display, AMOLED screen and runs on the MeeGo OS v1.2 Harmattan. MeeGo supports Twitter, Facebook, Skype, Google, Flickr and YouTube. It has a single-core 1GHZ Cortex A8 processor, 1GB of RAM and 16/64GB of internal storage. It has an 8 megapixel camera, Carl Zeiss Tessar optics and 720p HD video recording, Wi-Fi, A-GPS and Bluetooth 2.1+EDR. There are no back or home keys. Any edge of the screen can be swiped to go home, after which movement between the three home views is possible.

The Sony Ericsson Xperia Arc has a 4.2” display and runs on the Android platform with Qualcomm’s 1GHZ Snapdragon CPU and comes with 512MB of RAM. It has an 8.1 megapixel camera with face recognition and geo-tagging and can film 720p HD Video. It also has Bluetooth 2.1, Wi-Fi 802.11b, g and n, HDMI out, 3.5mm audio out, A-GPS and in-built accelerometer, along with other features. It supports all major mobile networks in Australia.