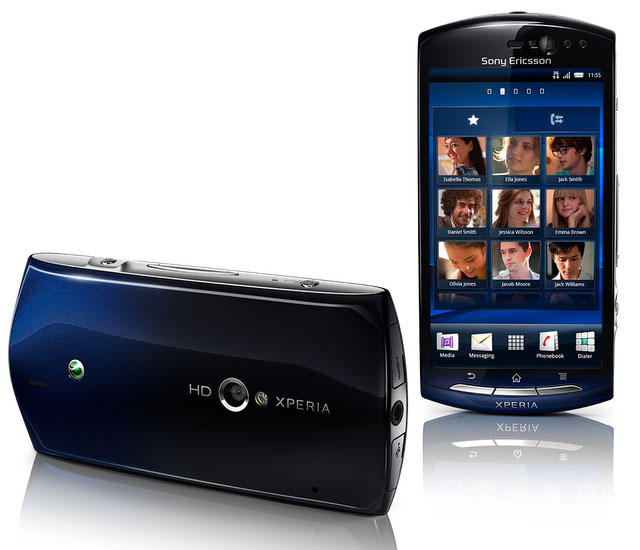 The nation’s biggest telco Telstra has added to a string of exclusive launches of Android handsets, revealing plans this morning to launch Sony Ericsson’s Xperia neo on 26 July.

Over the past several months, Telstra has unveiled a formidable exclusive line-up of Android smartphones which its rivals do not have access to. For example, the telco is already selling the HTC Desire S and the Motorola Atrix, and today started selling HTC’s new flagship handset the HTC Sensation.

The device features a 3.7″ touchscreen, an 8 megapixel camera, a 1GHz CPU, 320MB of memory and a number of other multimedia-focused features, such as the Exmore R for mobile sensor which Sony Ericsson states will allow customers to capture “high-quality brilliant images”, even in low-light conditions, or a HDMI output port that allows the phone to connect to high-definition televisions.

Like a number of other Telstra handsets, the phone will support the telco’s HD Voice technology, which allows customers to conduct higher-quality voice conversations than with other devices. And it runs the latest 2.3 (Gingerbread) version of Google’s Android platform.

“The Sony Ericsson Xperia neo is ideal for people who want to create, share and enjoy high-quality video and photos,” said Telstra’s director of mobile products Andrew Volard. “We are excited to team up the most entertaining smartphone with the world’s largest HD voice network from Telstra,” added Sony Ericsson’s regional head of marketing Tim Barnes. “Xperia neo truly delivers with the visual brilliance of Sony, the latest version of Android and the best in smartphone entertainment, all ergonomically designed to fit perfectly in the user’s hand.”

Mobile phone reviewers haven’t been wholly positive about the Xperia neo, in previews of the device. CNET.com.au’s Joe Hanlon wrote that the phone was “definitely the black sheep” of the Xperia family, without the standout features of the Arc or Play, while PCWorld praised the phone’s camera, design and HDMI port, while criticising its “cheap” plastic build, poor keyboard and thin external buttons.