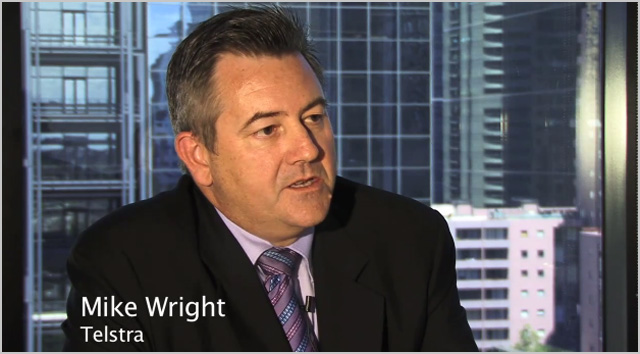 news The nation’s largest telco Telstra has sought to downplay issues being experienced by customers using its 3G mobile network in central business district areas, stating that it’s happy with how the network is performing but acknowledging that there are pockets in the network that could get congested and were scheduled to be upgraded.

After an article published on the issue last week, many Telstra customers came forward to highlight the issue, which is seeing customers in the CBD areas of major cities like Sydney and Melbourne unable to achieve necessary throughput on their smartphone, tablet or USB modem devices to access the Internet, despite having full mobile reception on those devices.

In an interview late last week, the company’s executive direct of networks & access technologies Mike Wright said Telstra was “very happy” with the network’s continuing performance, despite some problem areas with customers. Wright said he “absolutely recognised” that there were some trouble spots with individual cells within the network, but that the telco continually monitored the network with a view to finding and upgrading those areas experiencing congestion. “When we find it, we target it,” he said. “Our objective is to make sure that people aren’t inconvenienced.”

The executive said Telstra tracked the performance of every cell in its network. As traffic capacity moved up, the telco started planning to address the situation as each cell hit its limits. However, occasionally when things changed quickly Telstra’s “crystal ball” let it down, Wright said. “We’re not sitting here ignoring them.”

Wright pointed out that Telstra was continuing to bolt on new customers onto Next G at a rate of knots. In early February at the company’s financial results briefing session, it revealed that it had added some 774,000 new customers to its mobile network over the last six months of 2011 — continuing a massive growth trend experienced in the first half of that year.

“There’s a percentage of cells that we’re still playing catch-up with — pockets,” Wright said. “If you look at a national average, you do get individual ones. Drop-out rates are still quite stable; a few more cells need upgrades.”

Some customers had highlighted the fact that Telstra had offered a series of remarkable early deals on the fledgling 4G portions of its network, which operate in CBD areas on a different segment of wireless spectrum (1800MHz), compared with the 850MHz band used by the company’s existing 3G portion of its Next G network, which the overwhelming majority of customers are using.

Those customers had speculated that Telstra was attempting to shift heavy or regular mobile broadband users onto the 4G portion of its network in an attempt to free up capacity on its 3G network. However, although Wright acknowledged, as he has done in the past, that the rollout of 4G capabilities on Telstra’s network was partially designed to free up capacity, he said the new deals weren’t driven by engineering needs.

“That’s more from a marketing [angle] — not an engineering-driven thing,” he said, noting that Telstra needed to demonstrate the performance of 4G, which offers dramatically enhanced speeds over 3G, so that more people understood it. “Any sort of promotional thing is just that — it’s everybody’s job to promote the benefits.”

Telstra has already connected over 100,000 new devices to the 4G components of its network — despite the fact that only one handset supporting the network is on sale, and having only launched the network last year.

There are some specific issues which may be affecting some customers in CBD areas, according to Wright — which may have more to do with end user equipment than Telstra’s mobile network. For example, the executive said he was aware that some devices were roaming onto the 3GIS network which Telstra launched in partnership with then-mobile telco Hutchison (which has since merged with Vodafone). That network, which supports vastly reduced speeds compared with Next G, is slated to be shut down shortly, with its spectrum to be re-allocated.

“One of the things you might try — try doing a network scan and choosing the Telstra network,” said Wright, noting that a small percentage of users may be able to resolve their problems that way. In addition, other users may be able to return their connection to normal by switching their device off and on again. “Those things you hold in your hand are only software — sometimes turning the power on or off returns service,” the executive said.

Ultimately, Telstra’s Next G is a large and complex beast, and as with any mobile network, congestion will differ in different locations across geographies. Wright emphasised that Telstra did take “every single customer experience” on board, and encouraged customers to contact the telco directly with problems. In some cases, it could keep them directly informed when a certain area of its network was upgraded, he said. “If we can get that level of granularity for customers, we’re certainly interested in investigating the issue,” he said. “We’ll usually try and look into it.”

For example, Telstra closely examined areas in the Sydney CBD in which Delimiter itself experienced problems last week. “We couldn’t replicate your experience, except for one cell, which is scheduled for upgrade next week,” Wright said.

In addition, the executive also emphasised that Telstra did have a forward road map for continuing to invest in Next G. Over the past few weeks, it had upgraded ten cells in the Melbourne area, he said. And it was already planning for the future, when it would be able to access additional spectrum in the 700MHz and 2600MHz spectrum bands following government allocations in the area. 4G/LTE was also in the process of being rolled out more widely, and the company is also looking at the next step — LTE Advanced.

“We believe we have a strategy and a plan; we’ve been pleasantly surprised at the success of the network,” Wright said.

opinion/analysis
Do I believe Wright when he talks about the strength of Next G in the CBD areas of metropolitan areas? Yes, I do. The executive has never been anything but forthright with me over the years, and I know that he and his team are obsessively interested in tuning Next G to get the best performance out of it constantly. This is a labor of love for these engineers at Telstra.

However, I also believe Delimiter’s readers when they say they’ve been experiencing many more problems on Next G recently than they had been in the past. A year or so ago, I didn’t hear any complaints about Next G. Over the past few months I’ve heard plenty.

As always, the truth likely lies somewhere in the middle. Next G as a whole is definitely still performing acceptably, especially outside CBD areas. However, Wright’s view of the network is a 10,000 foot one, and I’m sure that problem spots are also popping up more frequently, and lasting longer until Telstra fixes them, now that Telstra has a few extra million users on the network.

That’s completely understandable. The extra load which has been thrust on Next G over the past year or so is simply incredible, and it’s a testament to Telstra’s team and network design that it has been able to keep up with the demand without completely buckling. God knows the networks of Vodafone and Optus couldn’t boast the same when they went under extreme loads over the past few years. Right now, Wright’s job description is basically that of playing Chief Whack-a-Mole for Telstra. Network troublespots will arise regularly, and he will dispatch a team to upgrade a cell. Then a new troublespot will arise, and he will smack that one down. Only time will tell how long this game will go on, and if it will ever completely stabilise. Telstra’s more or less holding its own for now. Let’s hope it can continue to.