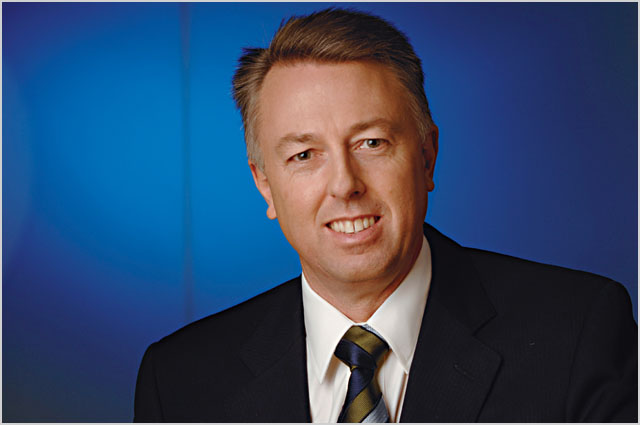 news Telstra yesterday announced that long-time Sensis CEO Bruce Akhurst would leave the company in May after 15 years in service.

Having joined Telstra as General Counsel in 1996, Akhurst was appointed in 1999 to the role of Group Managing Director, Legal and Regulatory, before moving to lead Wholesale and BigPond. On January 1st, 2005, Akhurst was appointed CEO of Sensis, reporting directly to the CEO of Telstra, and is a member of the Telstra Chief Executive Officer’s Leadership Team.

David Thodey, CEO Telstra, wished Akhurst well for his future and thanked him for his contribution towards Telstra’s transformation from a traditional phone company to a full service information, advertising and telecommunications provider.

On February 9th this year, ITWire reported that Sensis revenues had plummeted 24 per cent in 12 months, because of “acceleration in the decline of Yellow print revenues as the market evolved more rapidly than expected.” Thodey observed that despite a challenging print environment, Sensis had managed to sustain strong print revenues compared with its global peers and had begun its transition into a fully digital media business. He said that the early success of the company’s digital solutions in the marketplace was encouraging.

Sensis’ traditions stretch back to the creation of the first telephone book in 1880. For the next 114 years, Australia’s directories leader focused on print directories. With the advent of the web and the launch of the world’s first online directories in 1994, things began to change rapidly. As Chief Executive Officer of Sensis, Akhurst was responsible for driving the sustainable growth of the company and the continuing evolution of Sensis’ advertising and search operations.

Akhurst remarked that he was proud of his contribution to Telstra and of his team. He said: “I have enjoyed my time as CEO of Sensis. It is time now for a change and I look forward to exploring new opportunities. I have been amazed and inspired by the commitment and resourcefulness of our people. The Sensis team is executing a significant transformation and building an exciting future for a once traditional print business. Their talent, customer focus and dedication have been exceptional.”

The media release said that Rick Ellis, Group Managing Director, Telstra Digital Media, will be acting CEO of Sensis and will work during the transition period with Mr Akhurst assisting him in the recruitment process for a permanent replacement.

Preceding his stint in Telstra, Akhurst was a Managing Partner at national law firm, Mallesons Stephen Jaques. He holds a Bachelor of Economics and a Bachelor of Law degree. Akhurst currently serves as Chairman of FOXTEL, Chairman of Sequel Limited, and as a Director of Soufun Holdings Limited.

opinion/analysis
So to what extent did Akhurst leave Telstra of his own volition? It’s not entirely clear. Sensis has been going through more or less constant restructuring over the past few years as it attempts to deal with the constant shifting of its print-based advertising revenues to the Internet. Akhurst has generally appeared to be dealing with the shift as well as could be managed, but I wouldn’t be surprised if Thodey had given the executive (a real old-timer at Telstra) a bit of a nudge to make way for some executive talent more steeped in media and advertising. Sensis doesn’t need a reliable hand right now — it needs someone with a red hot vision. I’m sure Thodey knows this — and I’m sure Akhurst does as well.