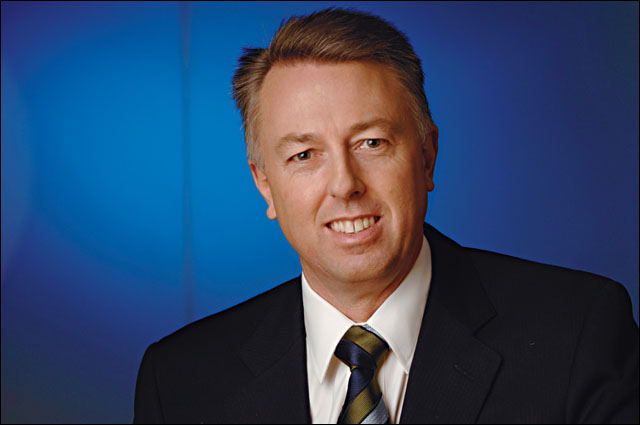 Telstra’s directories and advertising business Sensis this afternoon confirmed it had made some 120 staff redundant, just days after it unveiled a dismal financial picture which saw total revenues sink 17.8 percent in the first half of its financial year, compared with the same period 12 months before.

“We are announcing that certain roles across the organisation are no longer required,” a spokesperson for the Telstra division said this afternoon, confirming a report in Crikey and the headline figure. The division is run by Bruce Akhurst (pictured), Sensis chief executive and Telstra’s group managing director of its Media Services division.

Crikey had reported that the cuts could spread further — claiming that “potentially hundreds” of additional contractor and agency staff could be affected, but the Sensis spokesperson denied the allegation.

The news comes after Telstra revealed Sensis had suffered a dismal first half of its financial year, with overall revenue shrinking 17.8 percent to reach $779 million for the six months to the end of 2010, compared with the same period a year before — although Telstra did adjust the way it records revenue for its Sydney Yellow Pages business, meaning it described the overall dip as 7.9 percent.

In its results presentation, Telstra blamed much of the dip on a fall of 18 percent in revenues achieved through its Yellow Pages directories, “which we believe is a result of a structural shift from advertisers away from print directories”, the company said.

To address the issue, the Sensis spokesperson today said the company would soon unveil a growth strategy to take the division through the next 18 months to two years. The company saw increased revenue from its digital operations in the first half of the financial year — with the digital sales order value increasing by more than 20 percent in the period, which it said was an indicator for “expected future revenue trends”.

“The good news is that we are well into executing our strategy that will support our customers growing for digital solutions,” said Telstra chief executive David Thodey last week on the Sensis issue. “This has been something that we have talked about for a long time, and I have been very pleased with the work that we have done.”

The Telstra supremo pointed out that over the past year, Sensis had rebuilt its underlying IT platform, and announced partnerships with Microsoft (through its Bing search engine) and Google in the search area. “Also, we have put out new applications on mobiles and tablets. This is driving very strong usage of our online Yellow Pages digital product,” Thodey said.

According to Thodey, there were three things that Sensis chief Bruce Akuhrst would outline in his briefing over the next few weeks about how Sensis would go forward — an expansion of the division’s digital business, including a simplification of “the customer experience”, supporting its print division (especially working to integrate it with the online business) and maximising value from the other parts of the Sensis division — for example the White Pages, ad network Sensis Digital Media and the Whereis sites.