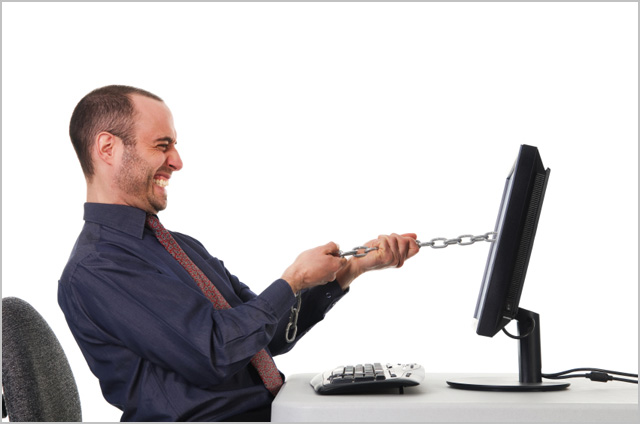 news The Australian Government’s peak IT strategy group has issued a cautious updated appraisal of currently available office productivity suite file formats, in what appears to be an attempt to more fully explain its thinking about the merits of open standards such as OpenDocument versus more proprietary file formats promulgated by vendors like Microsoft.

In January 2011, the Australian Government Information Management Office raised eyebrows globally when it published the first draft of its Common Operating Environment Policy. The document contained a number of guidelines restricting how departments and agencies across the Federal Government should set up desktop PCs, including a stipulation that Microsoft’s Office Open XML file format become a standard.

At the time, the move was criticised by some aspects of the community who pointed out that most alternative office suites — such as OpenOffice.org — could not write documents in the standard. Those promulgating rival standards have described Office Open XML as being riddled with Windows platform dependencies. Additionally, some organisations, such as the National Archives of Australia, have picked the ODF standard instead in the long-term. AGIMO subsequently defended its decision, stating it had no vendor bias.

The master COE policy document, which had formerly listed Office Open XML to be the Government’s standard, now lists the area as “to be decided”.

The two supplementary documents which AGIMO published dealing with office document standards, however, don’t appear to display a change in the agency’s thinking around the issue. In one, Microsoft Office 2010 is listed as being the only platform which achieves “high” ratings for both the key issues AGIMO considered in its analysis, being agency interoperability and business functionality.
Office 2010, the agency wrote, provided “the highest level of compatibility, interoperability and functionality across all agencies”, provided “the highest level of compatibility for non document-specific functionality currently used”, and featured the “highest retention of document structure or information between agencies”.

The ODF standard is listed in AGIMO’s table as only featuring “medium” level of agency interoperability and “low-medium” levels of business functionality. Various permutations of the standard also achieved similar ratings.

In a separate document detailing read/write compatibility of various standards, AGIMO noted that only documents in the doc/xls/ppt or rtf/csv/pdf formats were able to be read and written across all of the various office productivity suites tested — including OpenOffice, LibreOffice, Google Docs, Office 2003, Office 2007 and Office 2010.

However, the majority of formats are supported by the majority of office suites, with the standout problem suite being Office 2003, which supports only two of the eleven standards tested. Most of the other suites supported almost all of the standards, although only Office 2010 supported them all.

In his blog post on the issue, Sheridan reiterated that in a survey conducted in 2010, a large number of agencies (representing the majority of the Federal Government’s 250,000-strong desktop PC fleet) had signalled their intention to eventually migrate to Office 2010 as part of their next upgrade.

Perhaps anticipating further criticism on the issue, Sheridan asked readers to consider that licensing costs — which are not a factor with open source suites such as OpenOffice.org — are only “a small proportion of overall ICT expenditure”. “Any software change is likely to involve significant cost in installation, training and maintenance,” he said.

“The intent of the standard is to mandate a file format to fully support the primary office productivity suites used within government agencies,” Sheridan wrote. “Importantly, the policy does not exclude other formats from being used, but seeks to ensure that, at a minimum, one common format can be accessed on all Australian Government computers.”

Despite what appeared to be a continued push towards supporting Microsoft standards, one commenter, Stephen Norman, noted in a response to Sheridan’s post that the COE policy was confusing, as it didn’t cover issues beyond opening and editing documents, such as support for encryption, watermarking and look and feel of the same document in different applications.

In addition, Norman stated that other factors, such as the legality of storing data offshore in Google’s Docs platform, had not been taken into account — and no mention was made of Mac OS X versions of Microsoft Office. “As with the overall COE document, the authors need to consider the need for platform agnostic choices and requirements, rather than simply mandating that’s it the Windows-way or the high-way,” Norman wrote.

opinion/analysis
It’s clear that Sheridan and others at AGIMO anticipated a colossal debate over the Government’s clear and continued focus on Office 2010 and associated Microsoft file formats. This is why AGIMO’s documents released last week are extremely tame and fairly open-minded, refraining from stipulating a clear format choice as they previously did. Perhaps that debate will still happen if this article, or one like it, ends up linked to from a major open source aggregation site like Slashdot ;)

From my perspective, I believe that AGIMO is being too cautious. Frankly, the office productivity wars are over. OpenOffice.org and similar open source suites have absolutely no presence in Australia, Google Docs has similarly gone nowhere in the enterprise, and even powerful players such as IBM have been unable to make any headway in this area.

Don’t get me wrong; I would love to see some competition for Microsoft Office arise and challenge Redmond’s dominance. But until that happens, the Federal Government should stop worrying about this issue, and focus on other areas where platform choice can make a real difference. Allowing users to install their own web browser — instead of forcing everyone to use old versions of Internet Explorer — would be a good start. Some of us like tabbed browsing. It seems like it’s here to stay.