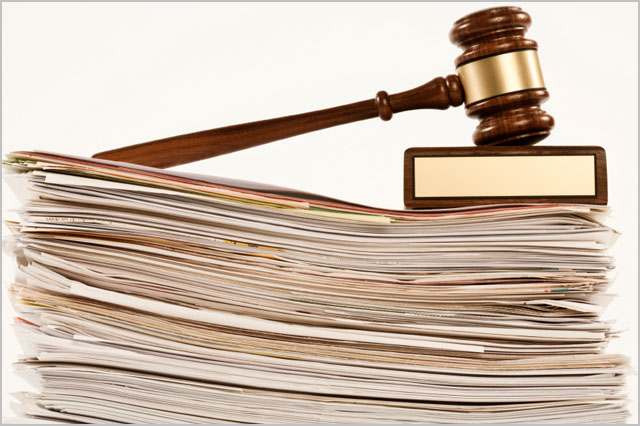 news The Federal Department of Defence has revealed that it renewed a major IT hardware and software contract with IBM in late 2008 to the tune of $342 million, despite not having put the work out to public tender since 1999.

The contract appears to have been first reported by analyst house and technology media outlet Intermedium, which first published detailed of the deal in 9 December. Intermedium quoted a Defence spokesperson as stating that the five-year agreement, which will now be in force until September 2016, covers:

Brief details of the contracts are also available publicly on the AusTender website here and here.

Shortly after, time technology media outlet iTNews filed a Freedom of Information request with the Department of Defence to request details of why the department merely renewed the arrangement with IBM, instead of putting the contract out to public tender. We recommend you click through to read iTNews’ full coverage of the issue, as it is comprehensive. Several weeks ago, Defence has published its response to the Freedom of Information request publicly on its website (PDF). It has also published a letter explaining its rationale in responding to the FoI request (PDF), as is common with FoI requests.

The majority of that document has been censored, with eleven pages completely blacked out, with Defence defending the blackout as containing information which was “reasonably regarded as irrelevant to the scope of the [FoI] request. However, one section was not blacked out.

In that section, Defence stated that a decision had been made between the Defence’s Chief Information Officer Group, its Chief Financial Officer Group and the Department of Finance and Deregulation to allow the contract to proceed without going out to tender, with it being classified as a “sustainment activity”.

“A change of supplier would compel Defence to procure hardware and software that does not meet requirements of compatibility with existing equipment or services,” Defence noted in the document. “The requirement for IBM was determined as part of the Market Testing of the Defence Computing Bureau in 1999. Until such time as that decision is revisited, the requirement to sustain our existing IBM infrastructure will remain.”

“IBM is the only entity that can agree to changes to IBM’s terms and conditions of supply and use.”

Defence also noted that clauses of government regulations allowed direct sourcing where “additional deliveries” were taking place that were intended “either as replacement parts, extensions or continuing services for existing equipment, software, services or installations where a change of supplier would compel the agency to procure property or services that do not meet requirements of compatibility with existing equipment or services”.

The news is the second time over the past year or so which a major Federal Government agency has successfully worked around tendering guidelines to renew a decade-old arrangement with IBM.

Two days before Christmas in December 2010 and just 24 hours after publicly denying it had renewed its long-running comprehensive IT outsourcing arrangement with IBM, which has been in place since 1999, the Federal Department of Health and Ageing (DOHA) reversed its statement and confirmed the arrangement.

opinion/analysis
If you examine IBM’s lines of business closely, it is hard to make a case that Defence needed to renew its long-standing software and hardware outsourcing arrangement with IBM through 2016.

On the hardware side, IBM’s lines of business in server, storage and mainframe infrastructure all have direct rivals which provide similar solutions. In a number of cases, those solutions are regarded as being technically more capable than IBM’s (although IBM is also regarded as having the edge in a large number of areas).

For example, when it comes to servers, IBM has major competitors such as HP, Dell and even more integrated solutions from the likes of Oracle (especially through its acquisition of Sun Microsystems). In storage, it is common for major organisations to also look at solutions from EMC, NetApp and Hitachi Data Systems. In mainframe, companies like Fujitsu and CSC play a strong role.

When it comes to software, things are a lot more complicated, especially when you start discussing high-end concepts such as service oriented architecture, where few companies aside from IBM are really capable of providing enough pieces of the puzzle so that everything fits together. However, when major organisations such as the National Broadband Network Company are standardising many different systems on software from Oracle, and German giant SAP also has a comprehensive portfolio which is powering much of the Commonwealth Bank, it is hard to make an argument that the IBM work couldn’t be put out to market. When it comes to secure desktop, I’m sure VMware and Citrix would have a view about that.

And of course, all of these companies have major partner/system integrator ecosystems in Australia. Heck, IBM itself is one of those key partners for quite a few of those players.

Of course, there are two sides to every story. And as I have previously written, the Federal Government’s tendering regulations are onerous and often prevent quick and efficient outcomes from being reached in IT procurement. Defence chief information officer Greg Farr is one of the IT executives who I most respect in Australia’s technology sector — and I’m not the only one. Farr just won a Public Service Medal for his efforts at Defence and the Australian Taxation Office. I’m sure are there very good reasons for Defence to re-sign its contract with IBM.

However, Defence has not yet provided those reasons publicly. In fact, it very explicitly chose not to — releasing the bare minimum amount of information needed to satisfy iTNews’ Freedom of Information request.

Whatever the truth is about this situation, one fact remains. In our fast-changing IT environment, where major new technology products and solutions are released every year, no public sector organisation should sign a single supplier up for a 17-year contractual span without testing the market for that spend several times during that period. I, and I’m sure IBM’s competitors, would like to see some acknowledgement of that fact from Defence.