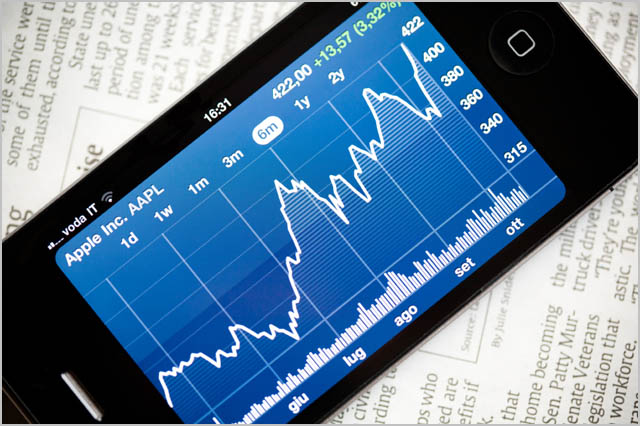 analysis $46 billion in revenue. 64 percent quarter on quarter growth. 37 million iPhones shipped. Apple just stunned the world with some incredible financial growth over the last three months of 2011. But what do these results mean for Australia?

Normally, it’d be fairly hard to tell. But thankfully, the company filed its latest set of local financial results this week. With these in hand, plus Apple’s latest set of global financial results filed today, we can do some extrapolation to look at what the numbers for this little company we call Apple might look like in Australia over the next year or so. This is going to get a little complicated, so stay with me. Or, you think it’s too long and can’t be bothered reading all this, skip to the end; I’ll summarise ;)

Now Apple doesn’t break out Australian revenue in its global results — all we get is a headline ‘Asia-Pacific’ figure, which probably doesn’t represent Australian growth well, because it also likely includes countries such as Malaysia, Thailand and so on, which aren’t quite as affluent as Australia and probably don’t buy as many Apple products.

However, if I was to compare Australian growth to one of Apple’s operating divisions, I would say that we’re probably quite similar to Apple’s European division, which experienced revenue growth of 55 percent in the last quarter of last year.

Like most European countries, Australia has a mature and competitive mobile market, with multiple competing carriers and rapidly improving data speeds. Most European countries are easily classified as first-world nations and have affluent populations (their ongoing financial crises notwithstanding). In addition, Apple’s major product release in the last quarter of 2012, the iPhone 4S, no doubt drove much of the company’s incredible revenue growth. And importantly, the iPhone 4S launched simultaneously in October in the US, Australia and major European countries such as the UK, France and Germany, giving us a solid basis for comparison. Europe has also strongly adopted the iPad, like Australia.

Conversely, comparing Apple Australia’s results to Apple’s Americas segment (which achieved 92 percent growth, year on year, in the last quarter of 2011) may not give an accurate comparison, as it is likely that division of the country includes more countries (in South America) not classified as first world. I’m not sure what growth in those countries would like like.

Not that I’m implying this analysis is in any way ‘accurate’, by the way — it’s basically just slightly informed speculation ;) But it’s interesting to play with the numbers.

If we compare Apple’s results over the whole 2011 financial year (which ended at the end of September) for its various divisions, it also leads to a conclusion that Australia could be better compared with Europe than with Apple’s Americas division. In that financial year, Apple Europe grew revenues 48.6 percent, while Apple Americas grew 56.4 percent. In that same year, we know from Apple’s Australian financial results released this week, the company’s local division grew local revenues by a smaller amount, 35.9 percent. So still a fair way behind Europe — but more comparable to Apple’s Europe division than its Americas division.

Now we can start to extrapolate the future.

In the last quarter of the 2011 calendar year (which, remember, is the first quarter of Apple’s financial year), the results released today tell us that Apple Europe grew a little stronger than it had been — 55 percent, as compared with the 48.6 percent aggregate of the previous year.

However, perhaps the quarter which we should be comparing Apple’s Q1 2012 financial results with shouldn’t be the one twelve months previously, but Q4 2010, the quarter which would reflect Apple’s release of the iPhone 4? Again, for the European division we come up with a figure of about 56 percent growth. See where we’re going here? It’s starting to look like in general, Apple is growing its revenues at a consistent rate of something like 50 percent-ish a year in Europe at the moment.

In Australia, Apple’s growth has been a bit more subdued (as I mentioned, 35.9 percent in the 2011 financial year), although we went through a substantial growth spurt higher than 50 percent in the period through 2008 and 2010. So extrapolating from the European experience, what we might expect to see from Apple’s first 2012 quarter in Australia is something a little higher than 35.9 percent, because of the launch of the iPhone 4S locally in that period.

Could Apple Australia see growth rates of somewhere around 40 or 50 percent in the last quarter of calendar 2011, compared with the same quarter 12 months earlier? I’d say a figure somewhere around that would be likely. And the likely release of the iPad 3 this year, plus refreshed Apple Mac hardware and the constantly growing music, apps and eBooks iTunes ecosystem is likely to help keep that growth on track. Apple’s penchant for opening new retail stores in Australia won’t hurt.

What all of this means is something remarkable.

If Apple can achieve a revenue growth rate of between 40 and 50 percent in Australia over its 2012 financial year ending in September, that will mean the company will be pulling in revenues of between $6.8 billion and $7.32 billion from Australia in that year. When you consider that the company made $4.88 billion from Australia in the 12 months to the end of September 2011, that’s remarkable. It’s even more remarkable when you consider that in 2006, Apple’s Australian revenues were roughly a tenth of that — just $717 million a year.

Revenues around $7 billion will mean Apple Australia is closing in on Optus (which last reported operating revenue of $9.28 billion) in terms of sheer financial scale in Australia. The company’s revenues will start to approach 30 percent of those of Telstra, one of the largest companies in Australia of any kind. To put this further into context: Woolworths made $54 billion in revenues in its last financial year. If Apple’s growth trajectory continues for the next three or four years, it will be making something close a quarter of that total in very short order.

Now, I want readers to take all of this with an absolutely huge grain of salt. I’m extrapolating wildly here in almost every direction, and we really do not know enough about Apple to make any solid predictions about what kind of money it will be making from Australia over the next few years.

However, if we have learnt one thing about Apple in the past few years, it is that it has been able to make a metric ass-load more money than anyone expected it to. And if it continues to perform that way in Australia, it will quite shortly become one of this nation’s largest money spinners of any stripe.

TL;DR: Apple could be making almost as much money as Optus from Australia over the next two years.