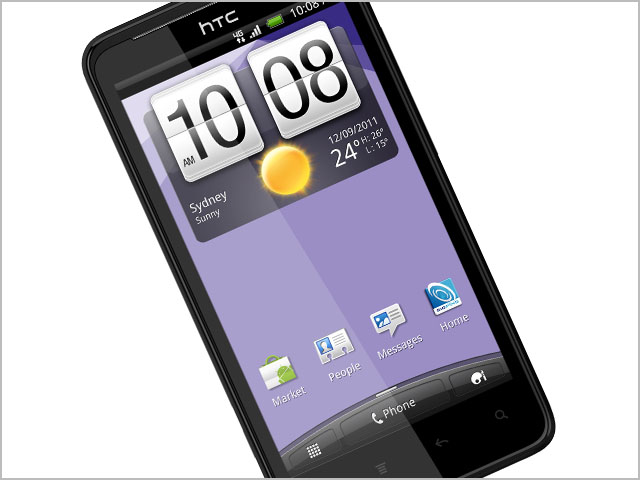 news The nation’s largest telco Telstra will next Tuesday start selling the first smartphone to be able to fully take advantage of its growing 4G/LTE network: A HTC model running Google’s Android operating system and dubbed the ‘HTC Velocity 4G’.

On 27 September, 2011, Telstra had revealed the official switching on of its fourth generation (4G) Long Term Evolution (LTE) mobile network across the nation, providing 4G coverage across the capital city central business districts (CBD) of Melbourne, Sydney, Brisbane, Perth, Adelaide, Hobart, Darwin and Canberra, and over 30 other centres in Victoria, New South Wales, Queensland and South Australia. The telco had also planned to launch the 4G network in more than 50 additional locations by the end of 2011. Capital CBD implies 5km from the GPO in the capital cities and 3km from the town centre in regional locations.

The changeover to 4G will double the speeds available to Telstra customers. The current 3G network that is based on the HSPA+ standard has download speeds varying between 1.1Mbps and 20Mbps, whereas the 4G band will enable speeds between 2Mbps and 40 Mbps. Upload speeds that are currently between 500kbps to 3Mbps will expand to between 1Mbps and 10Mbps. However, until now, while mobile broadband hardware has been available to allow customers to use the higher speeds, there haven’t been any smartphone handsets capable to fully using the 4G infrastructure.

In a statement today, Telstra confirmed details of its first 4G handset. As reported over the past few weeks by everal other media outlets, the device will be a powerful Android phone from HTC, similar to the company’s existing Sensation or Incredible lines.

The Velocity 4G will come with a 4.5″ touchscreen running at a resolution of 540×960, a 1.5GHz dual-core CPU and an eight megapixel camera. It will also switch “seamlessly” between the 4G and 3G areas of Telstra’s network — roaming onto 3G where 4G infrastructure isn’t available. The phone weighs 163.8g, and measures 128.8 by 67 by 11.27mm. The high-definition voice audio feature available on Telstra’s network is supported by the model. Telstra hasn’t specified which version of Android is available on the phone, but it’s believed to be 2.3 (Gingerbread), with HTC’s Sense 3.5 user interface running on top.

Telstra’s statement noted that the phone is available for pre-purchase from the telco’s online store from today, although it will go on sale through retail stores (including partner stores) from next Tuesday 24 January. There is limited stock available of the smartphone.

The phone will be available on four plans — at price points of $59 (plus $10 handset repayment per month), $79, $99 and $129. The plans come with varying amounts of calling value and data included — starting at 1.5GB and $550 worth of calling data per month and topping out at unlimited calls and 3G of data per month.