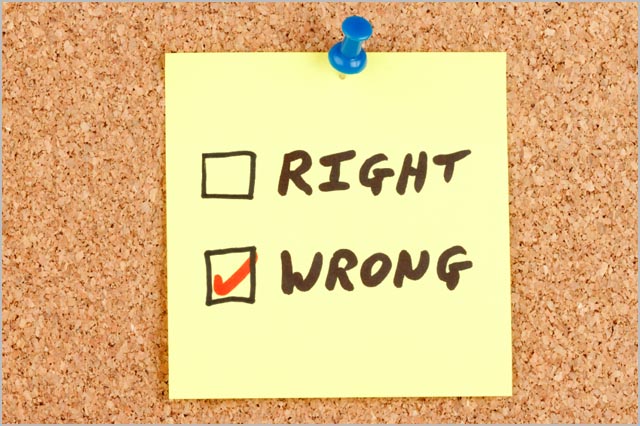 analysis Over the past several weeks, several prominent newspaper commentators have published a number of factual inaccuracies with respect to the Federal Government’s National Broadband Network project. With the aim of informing good public policy debate, it seems appropriate to try and correct the record.

I anticipate that this analysis will be the first in an ongoing series of ‘corrections’ which Delimiter will publish with respect to media commentary about the NBN project. Although Delimiter continues to remain independent from both sides of politics and consequently is not pro- or anti-NBN, there is clearly quite a large degree of inaccurate statements being published about the project, as an extensive Whirlpool thread on the subject demonstrates.

Our first subject for correction this week is an opinionated article published on 4 January by long-time Daily Telegraph commentator Piers Akerman. Akerman’s broad argument is that the NBN is short of its predicted take-up rates, as per NBN Co’s release of customer take-up numbers on 3 January this year (PDF). I’ll address Akerman’s statements here one by one.

“The NBN is the most expensive piece of infrastructure ever committed to by the nation and is on track to be the greatest ever economic disaster any government has ever created.”

It is true, the NBN is a highly costly piece of infrastructure. Although it’s regularly compared to the Snowy Mountains hydroelectric scheme, in today’s currency that project only cost about $6 billion, while estimates for the cost of the NBN range anywhere from $25 billion to above $50 billion, depending on who you talk to.

However, as blogger Greg Jericho points out in a column on the ABC’s The Drum site, there are different types of costs. The NBN billions are not technically an “expense” for the government, as it is expected to generate a positive return — or at the very least, break even — on the government’s investment in it. Consequently, it does not appear on the Federal Budget, and expenditure on the NBN is not siphoning money away from other projects. Building the NBN, for the Government, is similar to buying stocks or bonds. The money is not technically being spent — it’s being invested. And so the term ‘expensive’ doesn’t mean much until it can be shown that the investment will make a loss. And even then, the only real ‘cost’ will be the amount of that loss.

In this light, Akerman’s comment that the NBN is an expensive piece of infrastructure is at best simplifying a complex truth and at worst misleading.

With regard to Akerman’s second statement, It is factually incorrect to state that the NBN project is on track to be an economic disaster. It is very early days for the project (which will not reach full fruition for perhaps 15 years), and the NBN is so far broadly on track (within reason) for its rollout schedule and finances. You can see this from its detailed annual report for the 2011 financial year (PDF), in which it details that it hit a number of critical milestones over that 12 months. Further evidence of this can be found in NBN Co’s corporate plan (PDF), which details its technical rollout timing, which it has broadly hit. The NBN appears to be more or less on track so far.

“Only 4000 homes have been connected to the fibre optic cable so far at a cost of more than $1 billion … NBN’s own projection for 2011 were 35,000 connections. That is a huge discrepancy and a massive failure to deliver.”

Actually, as I have previously documented following similar statements by Tony Abbott, the 35,000 figure is skewed by the fact that the vast majority of those customers were slated to be on so-called ‘greenfields Build-Operate-Transfer (BOT)’ networks — networks that may have already been built by other companies and used by NBN Co. It is very possible that these customers are already receiving high-speed fibre broadband speeds, just not technically through NBN Co. In short, these are ‘paper customers’ for NBN Co — people transferred to its books on paper, with no real network infrastructure consequences.

If you look at NBN Co’s projections for customers on its own network, which is the figure which really matters, it is likely keeping up or maybe even ahead of its projections for customer sign-up rates as at January 2012. It is factually incorrect to say that NBN Co has failed to deliver on its corporate aims so far. The real test will come by mid-2013, when it is slated to have signed up several hundred thousand active customers on its own fibre infrastructure. That’s probably the first time we will really know where the company stands.

“Everything about the NBN is dodgy.”

This is a factually incorrect statement and a generalisation. In practice, most people I have spoken to within the telecommunications sector have had high praise for NBN Co’s staff members and commercial dealings so far, especially those involving its chief executive Mike Quigley.

“The creation of the NBN Co was itself a demonstration of Labor’s lack of administrative skills and ineptitude with no background checks conducted on the men who have been handed a blank cheque drawn on the taxpayers of the nation.”

This is factually incorrect. Egon Zehnder, the executive search firm which helped the Federal Government hire Quigley, is on record as stating that it conducted “thorough background checks … including police and credit record checks, as well as personal references” on all candidates for the post of NBN Co CEO — including checks on Quigley.

Akerman appears to be referring to Quigley’s previous employment at French networking giant Alcatel-Lucent, and the links which some have drawn between the executive’s time there and allegations of corruption and bribery in Alcatel’s division covering Central American country Costa Rica. However, US officials have never sought to investigate or interview Quigley or former NBN Co Jean-Pascal Beaufret over the issue, and there is no suggestion either were involved in the Alcatel-Lucent problems.

The second article I want to go through is this piece by Dean Jaensch, a political science academic and commentator for The Advertiser in Adelaide. Like Akerman, Jaensch notes the NBN is a huge infrastructure project. His article is much more solidly based in reality, but there are still some points which need to be addressed.

“The roll-out is miles behind what NBN Co set as a target. It promised 35,000 connections by mid-2011. By the end of 2011, the NBN Co spin-doctors proudly announced that they had connected 12 per cent of the target.”

We’ve addressed this issue above. In fact, NBN Co may actually be ahead of its actual physical customer sign-up targets — just not on paper.

“We did not even have the opportunity to closely examine a prospectus before we decided to invest. The Government can claim that its mandate to inaugurate the NBN was based on the 2010 election result.”

This is factually incorrect. The Federal Government has produced a ream of documentation, reports, business cases and so on about the NBN over the past several years, and a giant debate on the issue has been ongoing for the past five years since Labor first took an initial ‘NBN’ policy to an election back in 2007. The public has had more than enough information to decide what its view is on the NBN, and has had the chance to vote on it several times. Actually as a policy, the NBN was taken to the 2007 Federal Election under Kevin Rudd. It was a popular policy at the time, and there is evidence that it was an influential issue in both the 2007 and 2010 elections, with Liberal Party research showing it was a critical issue in several key electorates.

“But it would be a good idea to let the public learn and understand what is going on in the finances and productivity of a company that they, not the Government, own and will pay for. Secrecy is not the best way to win support.”

Jaensch is implying here that NBN Co has not released enough information about its finances. However, this is factually incorrect. The company’s annual report and business case documents contain a comprehensive raft of information. In addition, NBN Co is subject to Freedom of Information laws, meaning most of its internal corporate data is publicly available upon request.

“This low productivity has the potential to be interpreted as another policy failure coming up.”

This is a bit subjective, but I would argue NBN Co’s take-up rates are only one indication of the NBN’s success and/or failure as a policy, because the public take-up rate of the NBN is only one aim of the policy as a whole.

The NBN policy also aims to restructure the telecommunications industry by separating Telstra, increase retail broadband competition, eliminate broadband blackspots, increase the overall speed of broadband in Australia, decrease the need for ongoing regulation in the sector, boost Australia’s digital economy and even create employment and boost general technology skills in the community. And yes, the Government also aims to make a financial return from the investment.

In this light, a complete analysis of the NBN’s success would need to look at many different areas, not just retail broadband take-up rates. In addition, there is also the fact that retail broadband take-up rates are somewhat irrelevant with respect to the NBN, because the imminent shutdown of other copper and HFC cable broadband networks mean that most Australians will eventually migrate onto the NBN infrastructure anyway.

There have been many other incorrect public statements about the NBN over the past few weeks, but I hope I have addressed some of the more high-profile ones by media commentators here. If you see other examples of NBN-related inaccuracies out there that need correcting, please forward them to me.