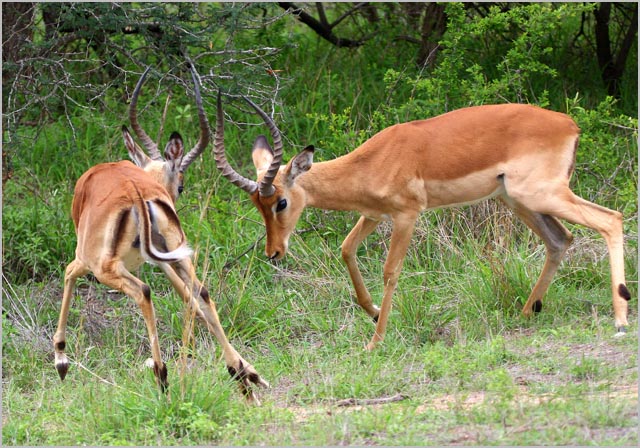 news Tension is mounting between the National Broadband Network Company and its retail ISP customers about the final form of the wholesale agreement which will govern their relationship, with an impasse likely to leave the two sides unable to connect new retail NBN customers once an initial trial agreement ends on Thursday this week.

The Financial Review newspaper reported this morning that the major ISPs — Telstra, Optus, iiNet, Internode and so on — were refusing to sign up to what is known as NBN Co’s wholesale broadband agreement (WBA), with Internode carrier relations manager John Lindsay stating that NBN Co was “ignoring the legitimate concerns” of the ISP community. The ISPs’ concerns appear to focus around the need for the Australian Competition and Consumer Commission to be able to oversee the arrangements, as well as the levels of risk accepted by NBN Co.

The criticism echoes complaints made by the Competitive Carriers Coalition, an umbrella group for a number of the ISPs, which slammed NBN Co in December for what it said was poor behaviour by the company in not giving ISPs access to “the full suite of ACCC protections.”

“NBN Co’s extraordinary behaviour in trying to force retail service providers to sign contracts that quarantine it from important ACCC protections, and which would make retailers bear unreasonable risks, is unfortunate and a sad reflection on the failure of its management to understand why NBN Co was created in the first place,” a CCC spokesperson said at the time.

The issue has come to the forefront of the NBN debate this week due to the timing of the ending of a previous catch-all trial agreement signed between NBN Co and ISPs, which has allowed companies like Telstra, iiNet, Internode and Exetel to successfully sign up customers in the NBN’s early stage rollout areas. The deal was signed with the aim of helping ISPs and NBN Co quickly kick-off the NBN deployment process while much wider and longer-term negotiations over the final form of their relationship would take place.

However, NBN Co confirmed this morning, the conclusion of the trial contract on Thursday this week will leave the company unable to connect new retail customers on its network for some ISPs, as some ISPs have declined to sign its new one-year wholesale broadband agreement, meaning that there will be no overarching contract governing the relationship between it and the ISPs.

Despite comments from the ISPs that NBN Co was ignoring their issues with the wholesale broadband agreement, the contract actually went through five draft versions and extensive consultation with the telecommunications industry before the final contract was published in November last year.

“We released five versions of the WBA before publishing the final standard form of access agreement, giving industry ample opportunity for formal feedback, to participate in deep dive consultations or to otherwise provide comment,” an NBN Co spokesperson confirmed in a statement this morning.

When the current agreement was released in November, NBN Co emphasised that the process of putting wholesale broadband agreement together had been exhaustive, commencing in October 2010 and involving five consultation rounds with industry, five separate drafts and “many hundreds of hours of face to face discussions”.

“In assessing the views expressed by its wholesale customers as part of this consultation process, NBN Co has undertaken a comprehensive review of current wholesale terms and conditions prevailing in the telecommunications industry in Australia,” the company said at the time. “NBN Co has also had regard to the ACCC model terms and conditions, approaches found in other regulated network industries (such as the industry wide dispute resolution model), its own corporate plan, government policy objectives, and terms and conditions of supply of telecommunications carriage services in other jurisdictions.”

At the time, NBN Co appeared to acknowledge that the situation was changing and complex. To address some of the concerns about its document, it reduced the term of the contract from five years to one year. In addition, it stressed that it expected many of the issues which have been raised about the contract to be addressed through the ACCC’s examination of its much broader Special Access Undertaking document, which will guide how it deals with the ISP industry over the next decade and beyond. The document is currently being assessed by the ACCC and is subject to its own consultation process.

NBN Co has also made provisions in the WBA to incorporate outcomes of this process; to facilitate what it said were “additional commercial protections” for the ISPs. “Where commercial agreement cannot be reached on non-price terms not covered in the SAU, or where NBN Co introduces new prices after the SAU commences, the ACCC can be called upon to settle an outcome,” NBN Co said at the time. “Once the ACCC has made its decision, NBN Co will make the outcome available to all our customers.”

Today the company said it was “committed to having wholesale broadband agreements which are fair and reasonable to all parties”, adding: “We have made provision for further opportunities for the development of the WBA over time.”

opinion/analysis
My opinion on this one is that the ISPs are blowing a lot of hot air.

Firstly, it is very clear that NBN Co has consulted extensively and repeatedly during the process of putting this document together. Five drafts? Over a period of a year? With “hundreds of hours” of face to face discussions with ISPs about the document? Frankly, I think NBN Co has done a pretty amazing job of being open, transparent and consultative here.

Secondly, most of the ISPs’ complaints appear to revolve around the idea that the ACCC does not have enough oversight of NBN Co’s relationships with the ISPs. On this point I find it hard to side with the ISPs, when NBN Co has a gargantuan special access undertaking agreement currently filed with the ACCC, which, again, the ISPs have been invited to comment on in detail. And, as NBN Co has noted, it has made provision that any outcomes from that process can be incorporated into the wholesale broadband agreement anyway.

Lastly, there is also the fact that this agreement is only for a year, and NBN Co has incorporated mechanisms for ISPs to discuss how future contracts will be re-worked. It is likely that only a few hundred thousand customers at most will be signed up to the NBN in total in 2012. So it’s not as if the whole Australian customer base is there for the taking right now. ISPs are quibbling about a short-term agreement which they will have the chance to re-work later on.

My message to Australian ISPs is this: Either sign the goddamn document and keep connecting customers to the NBN, which, after all, is what everyone in this situation wants, or issue a much more comprehensive and public response detailing precisely what your reasons are for blocking the progress of this important national telecommunications project. And during this whole process, ask yourselves: Who would you rather be negotiating with — NBN Co or Telstra?

Update: In a very useful article here, ZDNet.com.au has reported that 11 out of NBN Co’s current 22 ISP customers have signed the agreement. I assume those 11 are mostly the smaller companies ;)