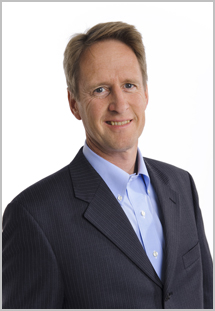 news Swedish networking leader Ericsson announced this week that Håkan Eriksson (pictured) would take over as Head of Ericsson in Australia, New Zealand and Fiji from February 1st, 2012. Eriksson is currently the Senior Vice President, Chief Technology Officer, Head of Group Function Technology and Portfolio Management and Head of Ericsson in Silicon Valley.

Håkan Eriksson was appointed Group CTO in 2003, and has actively built up Ericsson’s leadership across many technology standards. He has driven industry development during his 25 years in the company, with the research organisation having made major accomplishments under his leadership, particularly in the wireless area, and recently also in the IP and Application domain, and developed the industry’s strongest patent portfolio.

In June this year, Ericsson had signed a $1.1 billion 10-year contract with the National Broadband Network Company, to roll out its planned 12Mbps wireless network to premises not covered by the national fibre rollout. The first services on this wireless network will be available from mid-2012, and the entire network completed by 2015.

Ericsson, founded in 1876 and headquartered in Stockholm, Sweden, is a global leader providing technology and services to telecom operators, with support for networks having over two billion subscribers. Previously, Jacqueline Hey, the Chief Executive of Ericsson Australia and New Zealand had stepped down within a year and a half in the role, in March 2010. She was replaced by Sam Saba, then the head of the company’s Telstra account. Saba will remain within Ericsson following Eriksson’s appointment, although it is not immediately clear what his role will be.

In his role as Head of Ericsson Silicon Valley, Eriksson has also successfully established the company in the key US market, in addition to building stronger relations with the Application development eco system in the area.

Hans Vestberg, President and CEO of Ericsson highlighted Eriksson’s work as one of the reasons the company has remained a technology leader through the years and across technologies. “I am happy that he can now also bring his considerable experience directly to our customers in the very technologically advanced Australian and New Zealand markets, and add experience also in this dimension,” said Vestberg.

Talking about his 25 years in Ericsson within the research and development organisation, Eriksson said that at the time he took up the CTO position there had been doubts whether 3G would ever interest the mass market. “Today, mobile broadband has become a necessity to billions of people. Although the CTO role has always meant staying very close to our customers, I now look forward to more directly support our customers in monetizing their networks in a world where technology and networks become increasingly more complex.”

Eriksson is familiar with the country, thanks to his having an Australian wife. In fact, he has cited personal reasons to move closer to Australia, along with the desire to move into a more commercial role. “When Hans offered me this opportunity, that coincide(d) with my term in Silicon Valley coming to an end, I jumped at the chance to work with the technology advanced operators in these countries and become part of the strong regional Ericsson team,” Eriksson explained.

Eriksson will leave the company’s Executive Leadership Team at the time of taking on his new role. The company will separately announce the appointment of a new CTO.