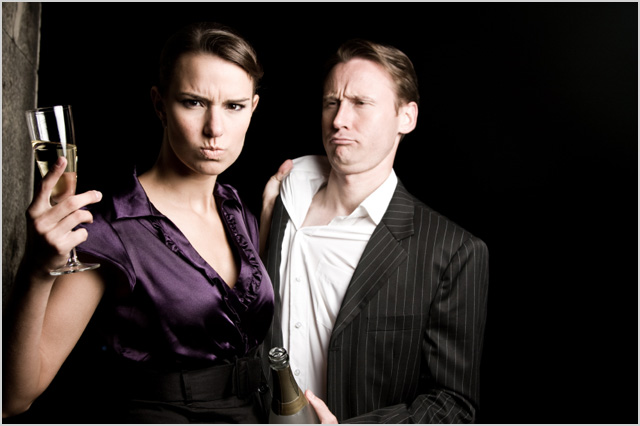 opinion Telstra’s response so far to concerns about its Structural Separation Undertaking has been conciliatory by its own standards; but has not yet come anywhere near to substantially addressing issues with the document expressed by its rivals and the competition regulator over the past several months.

From the outset, let’s get one thing clear about this issue: Although it hasn’t gotten as much fanfare as its multi-billion dollar contract with NBN Co, Telstra’s Structural Separation Undertaking is the single most important document or agreement guiding the future of Australia’s telecommunications sector over the next decade.

Sure, as the National Broadband Network is gradually rolled out over that period (assuming the Coalition doesn’t take power and substantially modify the project), its infrastructure will increasingly create a more level playing field for rival telcos to provide services to Australians. But it will take a decade to roll out the NBN. In the meantime, Australia’s telecommunications sector will continue to be dominated by its existing market structure: With rival telcos providing services over Telstra’s copper infrastructure, and mobile and HFC cable in the mix as well.

Up until now, access to Telstra’s copper infrastructure has been governed by a patchwork of regulatory controls: Some underlying legislation, along with other regulations and a series of judgements and adjudications by the industry’s sturdy umpire, the Australian Competition and Consumer Commission.

All this will change as Telstra’s SSU agreement comes into force. For the first time, the telecommunications sector at large will have a streamlined way of dealing with the uncompetitive situations that Telstra has repeatedly foisted on it over the years, such as the outrageous broadband retail price cuts back in 2004 which resulted in the ACCC slugging the big T with a formal competition notice, or the current ridiculous situation in South Brisbane, where Telstra virtually has its customers up against a wall as it rips out the existing copper loop.

They know that the composition of Telstra’s SSU document will determine how and under what terms they deal with Telstra over the next ten years. This is why (with the exception of TPG, which normally keeps its mouth wired shut in public when it comes to regulation), they have all filed comprehensive and detailed responses (read them all here) to Telstra’s initial Structural Separation Plan lodged in early August with the ACCC, and have all loudly voiced their displeasure with the document in public as well.

The ISPs’ concerns range from flaws in Telstra’s proposed Independent Telecommunications Adjudicator scheme, insufficient oversight power for the ACCC, inadequate wholesale ADSL provisions, problems even obtaining wholesale rate card prices from Telstra, access to telephone exchanges, ineffective ring-fencing provisions between Telstra’s different divisions and overall, a lack of commitment by Telstra to treating its wholesale customers the same way it does its own retail division. And that’s not even counting the ACCC’s own objections to Telstra’s proposal, which range along the same lines but add complaints about the relationship between Telstra and NBN Co and even the controversial wireless anti-sledging provisions in the pair’s contract.

To say Telstra has failed to address most of these complaints in its first, extremely limited response published yesterday (PDF) is to make a colossal understatement. Most of a 16 page statement published by the telco yesterday on the matter is composed of the purest, highest-level conciliatory-sounding guff. Take this paragraph.

“The ACCC could be given a parallel power to act as the adjudicator, with the same powers under the SSU to make directions as the ITA. This would mean wholesale customers could choose whether to refer disputes to the ACCC or to the ITA (under both the SSU and the relevant dispute provisions under the Migration Plan, that also provide for reference of disputes to the ITA process). In effect, if a wholesale customer has concerns about the independence of the ITA, this would make the ACCC available as an alternative. Having the ACCC as the alternative would also provide a powerful incentive for Telstra to ensure that the person appointed as the ITA is credible, well-qualified and truly independent.”

What a pile of complicated hogwash. Instead of doing that, what about simply setting up an independent telecommunications dispute adjudicator chosen by a government-appointed panel of experts? Doesn’t that sound more sensible? Or what about this similar pile of guff, where Telstra is defining how to ensure employees from separate divisions don’t collude:

Crikey. Why can’t we just say that someone who works in Telstra Wholesale, can’t also work in Telstra’s retail arm, no matter what their title? I’m sure the role of cross-division HR personnel is not in dispute.

There’s so many unnecessary complexities like this in Telstra’s brief document that it’s not funny. And then there’s things which still seem grossly unfair. Like Telstra’s statement that it may reserve capacity in its exchanges where it has ‘bona fide’ plans to use the space — up to three years in advance. Or the bit where it doesn’t quite appear to understand the ACCC’s concern that Telstra’s wholesale division may disclose to its retail division nationally aggregated information which could allow the identity of a certain wholesale customer to be discerned. Or the section where Telstra explains that it would only be in breach of service quality and equivalence measures to other ISPs if there was a pattern of non-compliance with a material result (instead of just a few incidents).

Now I’m sure most of company’s previous chief executives (particularly Sol Trujillo and his merry band of amigos) would be appalled at the level of detail which Telstra is giving up here in its talks with wholesale customers and the ACCC about how its wholesale operations should be run in future. They would start attacking the regulator and the government, ranting and raving and threatening all kinds of disastrous future situations if Telstra didn’t get its way.

And I’m also sure that Telstra’s current management believes that it is being extremely open and cooperative with the Federal Government, its rivals and the regulator in disclosing and debating what points it has so far; even talking about the issue in public at all.

However, the fact remains that if you read all the submissions which have been filed on the matter with the ACCC, it is clear that telcos like iiNet and Internode (as well as, often the regulator itself) are speaking a brand of English which Telstra appears unable to decipher, making simple demands for basic future rules which the telco just can’t interpret (Optus, a sizable bureaucracy itself, is somewhere in the middle).

If you read Telstra’s submission yesterday and compare it to those of its rivals, it is plain that the big T fundamentally does not really want to go through the structural separation process, has little interest in meeting the sort of outcomes that the ACCC and rival telcos want from the initiative, and will be digging in its heels at every little clause, sub-clause and sub-sub-clause in the agreement. And even then it may only stick to the letter of its SSU when the document is eventually ratified.

Telstra would have a different view on this. Telstra’s view would be that right now, it is being extremely cooperative. And to some extent that’s true … for a company with an unlimited legal budget, all the time in the world and with monopoly ownership over a national fixed-line telecommunications network, it is being very helpful, and far more so than it has been in the past. But objectively, from an independent standpoint, Telstra is right now behaving like a cranky prima donna opera singer who’s had her glass forcibly taken away from them after one too many champagnes.

I recommend that its rivals and the ACCC continue to put as much pressure on the big T as possible. Its lacklustre attempts at a SSU so far, coupled with its heavy-handed tactics in South Brisbane, indicate that the company has not yet completely learnt from the lessons of the past.

The difference, in 2011, is that for once, with every single body in Australia’s telecommunications sector arrayed against it — the regulator, its rivals, the Government and even the Coalition, which currently also supports separation — it really has no choice. It’s do, or slowly die.