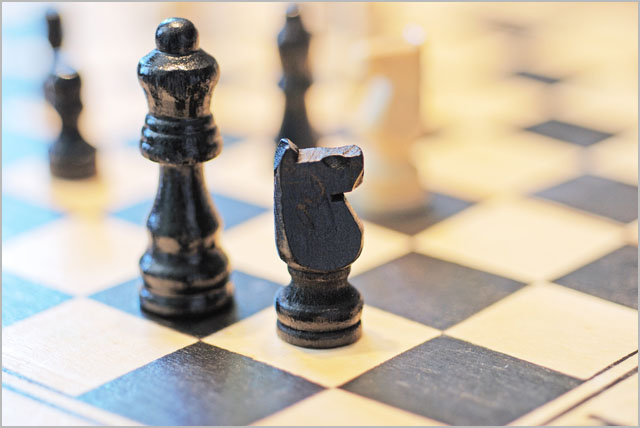 news The competition regulator has asked Telstra to make several key changes to its plan to structurally separate its operations and migrate its customers onto the NBN, with the regulator being particularly concerned about the telco’s commitment to providing the same services to its wholesale customers as it does its own retail arm.

On August 1, Telstra filed two key documents with the national competition regulator which will pave the way for the final conclusive step in its decades-long journey from Australia’s telecommunications monopolist to an equal player in the telco landscape. The first document, the Structural Separation Undertaking (SSU), commits Telstra to full structural separation of its wholesale and retail business units by July 2018. In practice, this separation will take place through the progressive disconnection of fixed voice and broadband services on Telstra’s copper and HFC networks and migration of those services onto the NBN.

However, commenting on Telstra’s plans today, the Australian Competition and Consumer Commission said they required modification.

“The ACCC’s main area of concern … relates to the adequacy of Telstra’s proposed interim equivalence and transparency measures. The ACCC’s initial view is that there needs to be a clear and enforceable commitment to an ‘equivalence of outcomes’ that enables wholesale customers and Telstra’s retail businesses to gain access to key input services of equivalent quality and functionality,” said ACCC chairman Rod Sims in a statement.

The ACCC also noted that it had serious concerns about arrangements between Telstra and NBN Co that include the pair’s ability to vary the arrangements without further scrutiny by the ACCC.
A raft of further concerns are outlined in a discussion paper the regulator released today on the matter. For example, the issue of competitive access to Telstra’s exchanges is also on the table, as well as equivalence of pricing.

“The ACCC’s preliminary view is that the particular structural separation undertaking that has been provided could not be accepted, and hence Telstra will need to resubmit this document in a form that fully complies with the legislative requirements,” the document states.

The news comes as some ISPs have recently been struggling with Telstra on a range of different areas. Internode, for example, has complained to the ACCC about Telstra’s wholesale pricing, and iiNet has expressed its discontent with Telstra’s SSU as submitted to the ACCC. The Competitive Carrier’s Coalition — which represents a number of Telstra’s rivals — issued a statement this afternoon claiming the consultation period over Telstra’s SSU was too short, with the telco having to re-submit its proposal within a 28 day period.

“This raises the question: what opportunity will there be for the public to comment on the REAL undertaking when it is finally presented to the ACCC?” the group said in a statement. “Telstra should now do the right thing and ask the ACCC to suspend the present undertaking while it does the necessary work with access seekers to make the fundamental changes needed to bring its undertaking up to the appropriate standard.”

However, Telstra secretary Carmel Mulhern, in a statement to the Australian Stock Exchange this afternoon (PDF), said Telstra would continue to work closely with the ACCC in seeking to resolved the issues the regulator has resolved. The telco is still planning to present the plan to its AGM on 18 October this year.

“Is this does not occur, Telstra may nonetheless seek Telstra shareholder approval at that meeting,” Mulhern added. “However, commencement of the definitive agreements with NBN Co and the Commonwealth would still be subject to acceptance by the ACCC of the SSU and approval of the draft migration plan, and the satisfaction or waiver of any other outstanding conditions precedent.”

opinion/analysis
All of this appears to be a very basic bargaining process.

Telstra has predictably tried to get more through its ACCC submissions than most people think it should, and so the regulator has knocked it back, accompanied by outrage from Telstra’s competitors. This was no doubt a gambit. Now Telstra will come forward with a revised document — most of which has probably already been prepared — which will allow it to position itself as a conciliator.

That document, too, however, will likely also contain sections which will be on the borderline about what Telstra’s rivals would consider appropriate. Some of these may get knocked back, but with Telstra overall being accommodating, some may get through the regulator, despite likely objections from the likes of iiNet and Optus — lessening Telstra’s overall wholesale headache in the long term.

It’s a bargaining process. Telstra doesn’t hire whole floors of lawyers from law firms like Mallesons Stephen Jaques (from what we hear, it has been more akin to an army at some points) to naively and honestly create ACCC submissions which run along the lines of what the regulator and its rivals want.

After several decades of forced negotiation at arm’s length through the ACCC, Telstra’s used to this process. The telco’s first SSU submission was its equivalent of playing a pawn to ‘E4’ — that is, a standard opening move which will be followed up with signals of its real intent. Now the ACCC has followed up by threatening Telstra’s front line with a forward-looking pawn of its own, and perhaps an advancing bishop.

Of course, the other telcos are also trying to have their own hand in the game. The long-dormant Competitive Carrier’s Coalition, which I mentioned above, will obviously try and give the ACCC enough ammunition and stimulus not to let Telstra get its way. The CCC’s members, for future reference, are some very familiar names: Internode, iiNet, iPrimus, Macquarie Telecom, NextGen, TransACT and Vodafone.