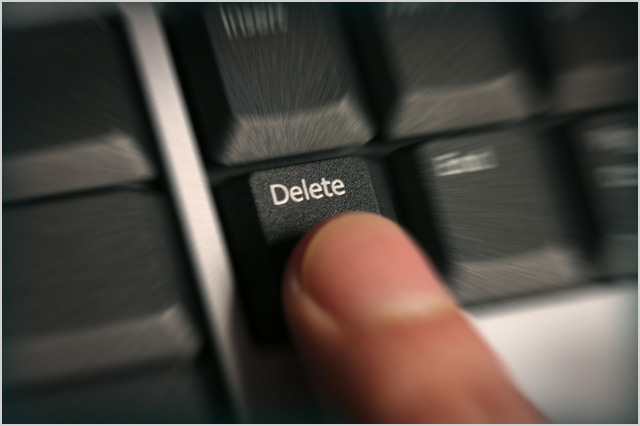 Last Friday, October 14, the Department of the Attorney-General published a consultation paper regarding digital copyright regulation. The original paper, available in full here (PDF), contained two discrete sections. The first dealt with a proposal to revise the scope of ‘safe harbour’ regulations to better protect organisations which host others’ content online.

However, it was the second section of the paper which garnered more attention, due to its included proposal aimed at “streamlining” the process whereby content owners can force ISPs to divulge details of their customers in copyright infringement matters. This is the process currently being used by a new company, Movie Rights Group, to seek the details of some 9,000 Australians who have allegedly infringed its clients’ copyright online.

“Widespread unauthorised downloading and use of file-sharing applications has made it increasingly difficult for copyright owners to successfully commercialise their property in the digital environment,” the paper stated. “The difficulty of identifying persons engaged in infringing activities has also made it very difficult for copyright owners to protect and enforce their rights.” The release of the paper was accompanied by a speech by Attorney-General Robert McClelland to an event held by the Australian Copyright Council.

The publication of the paper had already attracted significant criticism from digital rights groups such as Electronic Frontiers Australia and the Australian branch of the Pirate Party. Following the redaction revealed tonight, the Pirate Party further criticised the Government over the matter.

“This is an unacceptably opaque attack on our civil liberties,” said the Pirate Party Australia in a statement tonight, referring to the redaction, “and only further highlights the Government’s continual attempts to limit the public’s involvement in any governmental decision-making.” The party plans to submit a response addressing the issues raised in the original consultation paper.

The Department of the Attorney-General is currently engaged in closed door talks between the ISP and content industries, with the aim of brokering some kind of industry solution to the issue of online copyright infringement. However, little information has been released regarding the talks so far, and the department has refused at least one Freedom of Information request regarding minutes of the talks — stating no such document exists.

“Not only are we seeing a clandestine process that excludes civil society and the public at a critical juncture in the development of policy, we are now seeing a deliberate attempt to suppress contributions from them,” said Rodney Serkowski, President of Pirate Party Australia. “Perhaps this is because the outcomes of the ‘consultative process’ are predetermined, and the facade of ‘open government’ has to be maintained. Now that we have raised serious issues, like the streamlined invasion of privacy, the process of consultation has been heavily restricted.”

“Of course, this could only be administrative incompetence, but the previous actions of the Attorney-General’s Department do not lend themselves to this explanation,” added Serkowski.

On Friday, before the new redacted version of the consultation paper appeared, EFA board member Kimberley Heitman said the consultation paper was worth public comment, and his organisation would respond. “Obviously the expansion of the safe harbour definition will be advantageous for Internet businesses other than carriers, and a summary procedure for identifying end-users has been long desired by big media companies,” Heitman said.

“The Government should step back, however, and understand that this consultation paper illustrates how flawed its consultation process to date has been. There are no consumer issues for discussion, only law reform for business interests. For example, why is there no attempt to deal with the causes of unauthorised downloading, which include restrictive trade practices and industry indifference to minority markets? Why is there no acknowledgement that in a broadband environment, IP addresses are shared?”

“There is much more to public consultation than telling the public that the Government has signed a secretive trade agreement or has done a deal with private industry. Department of Communications: Learn how to communicate!”

Pirate Party Australia acting secretary Brandan Molloy said his “favourite part” of the original version of the consultation paper was its citation of a report recently commissioned by the Australian Federation Against Copyright Theft, which represents film and TV studios in anti-piracy efforts. The report, dubbed the Economic Consequences of Movie Piracy (Australia) and available online (PDF) came under heavy attack earlier this year from groups such as the EFA, which cited at the time what it saw as its flawed methodology for tracking lost sales.

“It is disappointing that our Government continues to base their opinions on such flawed data, and will now simply continue to do so behind closed doors,” said Molloy.

update: The following statement has been received from the Attorney-General’s Department:

The Safe Harbour consultation paper is currently on the AGD website. Comments are due by 22 November 2011.

The Department is currently working on a number of copyright policy issues relevant to the digital environment. A draft document which incorporated other issues not included in the Safe Harbour review was mistakenly posted on the Departmental website. It was removed as soon as the error came to light. A clarification will be posted on the website.

We believe that the ongoing departmental convened discussions between ISPs and content owners is currently the most appropriate forum to address these issues.