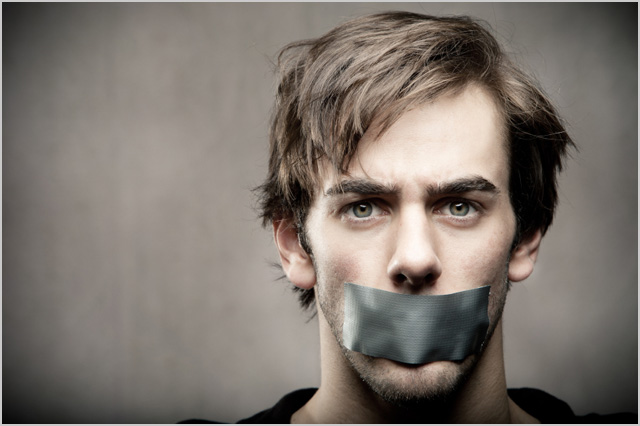 news The Federal Attorney-General’s Department has declined a Freedom of Information request for the minutes of a recent meeting behind closed doors between ISPs and the entertainment industry over illegal online file sharing through avenues such as BitTorrent, stating that no minutes of the event exist.

The meeting, held on 23 September, saw major Australian ISPs sit down with the representatives of the film, television and music industries with the aim of discussing a potential industry resolution to the issue of online copyright infringement. The issue has come to the fore over the past several years due to the high-profile court case on the matter ongoing between iiNet and the Australian Federation Against Copyright Theft.

Under Freedom of Information laws, Delimiter had requested a copy of the minutes of the meeting, but in a letter responding to the request last week, the department’s legal officer for FoI and privacy Thuy Van Nguyen responded declining the request.

“This letter is to advise you that this department does not hold documents of the type you are requesting,” Van Nguyen wrote. “I am obliged, therefore, to refuse your request under section 24A of the [Freedom of Information] Act. That provision allows an agency to refuse a request if all reasonable steps have been taken to locate the documents sought and it is satisfied that the documents either do not exist or cannot be found.”

Delimiter intends to refine the Freedom of Information request further with the aim of seeking other documentation which may refer to the meeting.

In statements issued over the weekend, digital rights groups Electronic Frontiers Australia and the Pirate Party Australia have criticised the closed door meetings. None of the parties present at the meeting – the ISP industry, content industry or the government – have so far disclosed precisely what was discussed, although speculation has focused on the possibility of a ‘three strikes’ law being introduced in Australia to disconnect file sharers after a certain number of offences.

Such a system has been implemented in other countries such as France and New Zealand.

“EFA is concerned that the current discussions between more recognised organisations representing rights holders, ISPs and Government agencies does not have transparency of process or adequate public consultation,” said EFA board member Kimberley Heitman.

“The three-strikes law is still a dangerous threat to freedom of participation on the Internet, and needs serious public debate and checks against home users suffering summary loss of Internet rights. Proposals to date have been biased towards automation of enforcement and conviction, and callous to the consequences of the penalties.”

The news comes as a new company, Movie Rights Group, has started approaching major Australian ISPs with the aim of securing the details of thousands of customers who it alleged had downloaded films belonging to its clients, movie studios and distributors. The company plans to write to the customers offering them the opportunity to settle the matter out of court – or, it is believed, it would take legal action.

“With a secretive meeting between AFACT and its assorted fronts, the Government and ISPs happening last Friday, this will be the sort of thing Australians will be seeing much more often, as the government legislates a harsher environment for file-sharers,” said Pirate Party Australia acting secretary Simon Frew. “The studios, record labels and publishing companies aren’t interested in
engaging with their fans and prefer secretive meetings in order to work out how to best protect their monopolies over our culture.”

“EFA would urge the Government to consult more widely with the public in updating the laws so that home users do not need to fear such victimisation,” wrote Heitman.

Last week, the Attorney-General’s Department said that all parties at the meeting had acknowledged that “consumer interests are very important and should be protected”.