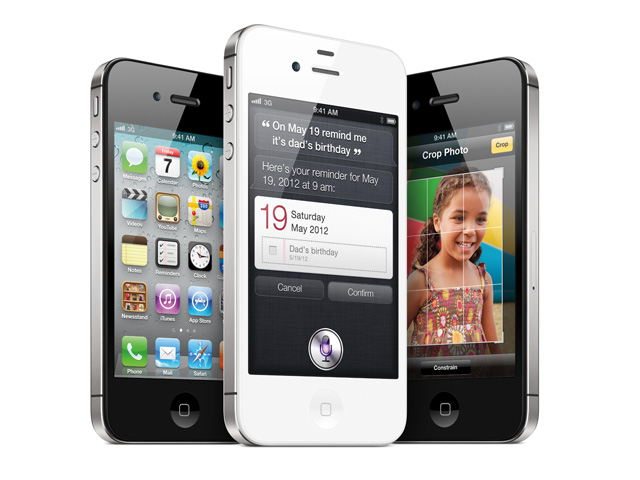 news Optus subsidiary Virgin Mobile has released its pricing plans for Apple’s new flagship handset the iPhone 4S, with the company appearing to aim the plans at customers who want mid-range options with solid value.

The company will offer customers five iPhone 4S plans at $29, $39, $49, $59 and $89 monthly price points, and with 250MB, 500MB, 2GB, 3GB and 4GB of data included. The included amount of call credit varies between plans — topping out on Virgin’s ‘topless’ plan, which comes with ‘Unlimited’ calls and text messages in Australia. Customers will pay varying amounts of monthly handset repayment costs as well — ranging from $17 to $26 a month on the company’s $29 plan for a 16GB iPhone 4S, to zero handset repayment costs on the company’s $89 Topless plan.

The plans appear to be designed to combine well but not overlap that much with Optus’ plans, which start at $49 and range up to $99 a month. Virgin is typically seen as a brand which Optus uses to target customers who are seeking better value mobile plans — for example, those who might otherwise switch to Vodafone, which is currently seen as the cheapest major mobile carrier in the market.

The iPhone 4S goes on sale tomorrow morning in Australia through all of the nation’s major carriers. Our sister site Delimiter Marketplace has also published a guide to the best iPhone 4S deals (which will be updated soon with the Virgin plans). 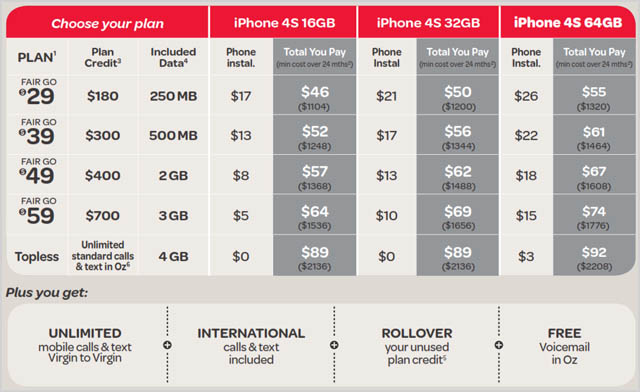