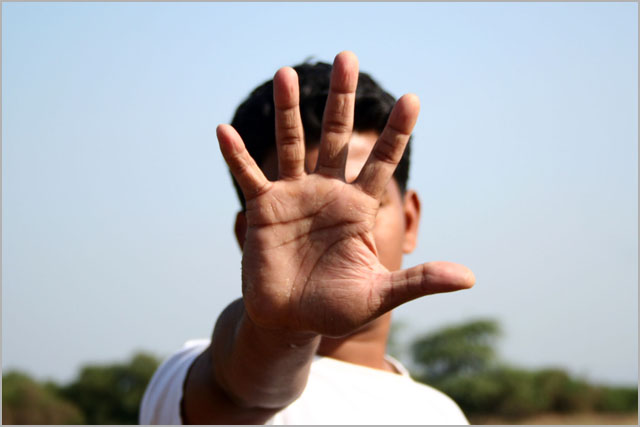 opinion Those who are currently having a big fat whinge about Internode’s new broadband plans need to harden up and realise that the ISP isn’t trying to gouge users for profits; in fact, it’s one of the only truly honest and transparent companies in Australia’s telecommunications sector.

The current round of complaints about Internode stem from a large round of price and quota changes to its broadband plans made last week. The ISP’s always had a much more complicated plan structure than that of rivals like Telstra, Optus, TPG and iiNet, so it took customers a while to work through the changes and analyse what they meant.

But when they did, they found a lot that they didn’t like.

Most of the complaints seem to revolve around the fact that a 150GB entry level Internode plan had been bumped down in quota to 30GB for the same price.

However, others were also alarmed by the removal of a 600GB plan — with there now being no option for customers who wanted a monthly quota somewhere between 300GB and 1TB. And some expressed their frustration at the fact that their current ‘tier’ of plan had been migrated upwards in both quota and price — they didn’t need more quota and didn’t want to pay more for it.

Internode managing director Simon Hackett’s attempts to explain the situation on the company’s blog didn’t seem to make anything better, due to his habit for blaming a number of the changes on Telstra’s wholesale pricing.

“I think this is really going to hurt Internode,” wrote one reader on Delimiter. “They may have the excuse of Telstra Wholesale for their Reach plans but how do they explain the changes on plans that use their own Agile and Optus DSLAMS?” Wrote another: “I won’t be changing my plan, but I will be considering how much longer I’m going to be putting up with Simon constantly trying to nickel and dime me with the excuse of ‘Telstra made us do it!’.”

Now, there is some deal of legitimacy to the ongoing customer complaints. Yes, Internode has raised its prices in some areas, and it has definitely made a number of choices for plan structures which appear to lack ‘intermediate’ pricing — for example, no plans with download quotas between 30GB and 200GB, and no plans between 300GB and 1TB.

In addition, the company, like virtually all of its rivals, appears to be trying to push users into bundling other services with their broadband connection — services like Internet telephony or IPTV, which some customers may not want (hell, we haven’t seen much evidence that the FetchTV offering being sold by iiNet and Internode is getting much traction at all).

However, this doesn’t mean that the price changes which Internode has made are unreasonable or that the company’s not doing its best by users.

Firstly, the company has maintained low value plans for those who just need a basic broadband service and a basic telephone line. Depending on whether you’re on Internode, Optus or Telstra ADSL infrastructure, this will cost you from $59.90 a month, which we think is a fair price.

But Internode’s betting (and it’s right) that most customers will actually be using much more quota — with the 200GB limit being a useful figure for most Australians. With this limit, most people will not likely to run out of quota each month, and Internode’s charging a reasonable price for it — from $69.95 to $79.95. This price is comparable with what you’d pay through other ISPs. As always, TPG has cheaper options (and worse customer service), while you’ll pay more through either Telstra or Optus, and iiNet is about the same as Internode.

We’re less sure why the company has a 300GB plan included as one of its four standard pricing tiers. If evidence suggests that there are is a significant percentage of users exceeding 200GB in monthly downloads, why not set a 400GB or 500GB plan? It just doesn’t seem likely that many users are going to want to pay an extra $20 a month for a mere extra 100GB.

However, this is basically quibbling, as we’re sure Internode wouldn’t have made this change without a great deal of consideration for the usage patterns it’s seen amongst its users. The ISP has a history of constantly tweaking its plans to match changing prices and user behaviour — and we’re sure there is a reason behind the quirky 300GB option.

In actual fact, it looks from Hackett’s blog post that the 300GB plan has resulted from a 50GB increase in quota at the same price point. So perhaps that previous price point represented what Internode considered users would be willing to pay at a certain tier above the mainstream — and it actually added value to it through a 50GB quota increase.

Now, the only place where Internode’s plans really fall down are when it comes to plans on Telstra’s infrastructure. $139.95 for a 250GB plan with a telephone line? $89.95 for a 100GB plan? That’s just plain ridiculous … and we wouldn’t recommend paying these prices if you can escape them by signing up to an Internode plan which uses the ISP’s own infrastructure — or even that of Optus.

Now, whether you slam Internode or not for its pricing on its Telstra-based plans depends on whether you believe Hackett that Telstra Wholesale is making life tough for ISPs. And personally, I do believe the executive.

Hackett’s never been less than up-front and honest with me about Internode’s operations and plans. Sure, there’s been some stuff that he hasn’t been able to discuss — every company has confidential matters which its executives won’t talk openly about with the press — but that’s normal. And he’ll generally tell you why he can’t discuss something.

Then too, a decade before the term “social media” came around, Internode has continually used the Internet to engage directly with its customers openly and honestly about all of their issues; explaining its decisions and listening to complaints. This hasn’t changed; in fact, several Internode representatives have been active over the past week in explaining the pricing changes to customers on forums such as Whirlpool.

In addition, Telstra does have a history of treating its wholesale customers unfairly. In April 2006, for example, the Australian Competition and Consumer Commission issued a competition notice to Telstra for unfair price changes, and companies like iiNet, Internode and Optus have long been engaged in a decade-long war to bring some equality into the relationship with the big T’s wholesale division. The situation appears to have been getting a bit better recently — but I’m inclined to believe Hackett when he says there are still problems.

The ACCC also confirmed to me this week that Internode wasn’t the only company complaining about Telstra at the moment — other ISPs share Internode’s concerns. And there’s also the fact that Hackett has been highlighting the issue since September 2010; with the ACCC not having taken action in that time, but noting this week that it should get to the matter this year.

Hackett made clear this week that all existing customers would remain on their existing plans at this stage — unless they actively decided to shift to a new plan. That’s right, whingers: You won’t be forced to move if you don’t like the new plans.

The caveat to this is that the Internode MD did note that “a subset of existing customers” who were already outside their initial contract terms may eventually be shifted onto new plans. Reading between the lines, it looks as if Internode just wasn’t making any money on some of the plans (likely the Telstra ones) which it had been providing. It’s a logical and necessary step for it to shift customers on these plans; a company which doesn’t make some margin on product lines which it sells is likely to go out of business eventually. So some customers will have to deal with it — that’s just life. Tough.

So what am I saying with all this?

I guess what I am trying to help people to understand here is that Internode’s not the enemy. Over the last two decades, the company has done its utmost to be fair to customers with its Internet plans, and it’s still doing the same. Would you see the chief executive of Telstra, Optus or TPG go public in an extremely detailed blog post to discuss the rationale behind new broadband plan changes? No.

Does any other ISP have the level of granular plans that Internode does, to offer its customers as many options as possible, depending what infrastructure they’re on? No. Does any other ISP provide as much transparency around its relationships with suppliers? No. Well, maybe Exetel’s John Linton. But he’s one of a kind ;)

Let’s cut Internode some slack and give its new broadband plans a chance, before we damn Simon Hackett and his merry band to the seven depths of hell for their perceived sins.