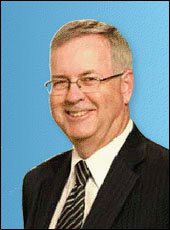 Long-time Department of Immigration and Citizenship chief information officer Bob Correll has retired from his role, following the completion of most of the work under the department’s mammoth Systems for People internal technology revamp.

A spokesperson for the department today said that on Friday a number of senior staffing announcements had been made, including several promotions and a retirement — Correll’s. The spokesperson said DIAC didn’t habitually go into any level of detail regarding the personal reasons for a staff member departing or their circumstances.

The news of Correll’s departure was first broken by CIO, which additionally reported that Tony Kwan, chief information officer at the Department of Families, Housing, Community Services and Indigenous Affairs would take his place. The DIAC spokesperson confirmed Kwan’s appointment, noting he would start in May.

Correll was appointed to the CIO role at DIAC in July 2005, joining from a previous role as deputy secretary for workforce participation at the Department of Employment and Workplace relations. He also holds the title of deputy secretary at DIAC, where he has managed the department’s technology function, as well as finance, HR, legal, fraud and risk, communications and ministerial services.

The executive will primarily be remembered at DIAC for his role shepherding the high-profile Systems for People project from its inception in the 2006 budget through to its virtual completion over the past several years.

Systems for People was first approved in the 2006 Budget as a mammoth technology overhaul of the Department of Immigration and Citizenship’s IT systems as a result of the Palmer and Comrie reports — especially stemming from the unlawful detention of Cornelia Rau. The project was initially valued at $495 million — but it has since had several budget increases.

The project was spearheaded by primary contractor IBM — but a number of other firms have also been engaged in it over the years. It is based on Oracle’s Siebel software. In last year’s budget, the project picked up a further $169.6 million over four years for “ongoing maintenance funding” of the project.

However Correll has also overseen a number of other initiatives at the department during his tenure. For example, in January this year CSC was awarded a $107 contract renewal deal with DIAC. CSC won the so-called “Border Critical Infrastructure” contract back in July 2006, with the deal being valued at that time at about $55 million a year.

Alongside Defence chief information officer Greg Farr, ATO CIO Bill Gibson and Department of Human Services deputy secretary of IT infrastructure, John Wadeson (who is also believed to be planning his retirement), Correll has long been regarded as one of the key CIOs in the Federal Government — with responsibility for overseeing hundreds of millions of dollars of expenditure, and a great deal of experience in the industry.

His replacement, Kwan, has not so far appeared in the public eye that much. However, according to a post on the blog of the Australian Government Information Management Office by Australian Maritime Safety Authority CIO Ewan Perrin, Kwan is one of the better-known CIOs in the Federal Government.