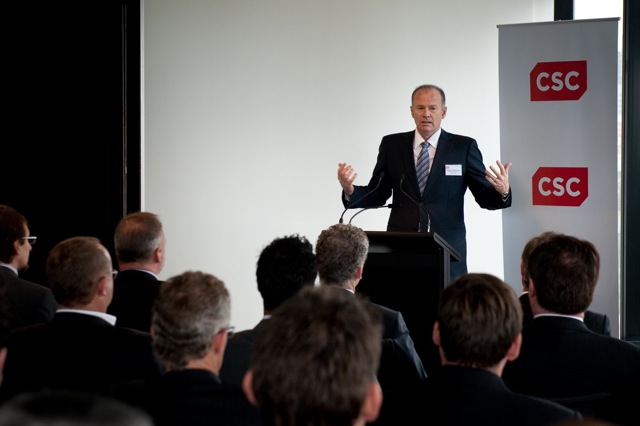 CSC has picked up a $107 million contract renewal deal with the Federal Department of Immigration and Citizenship (DIAC), in a move that will see the technology services giant continue to provide the department with mainframe and mid-range services for another two years.

CSC won the so-called “Border Critical Infrastructure” contract back in July 2006, with the deal being valued at that time at about $55 million a year.

The partnership was slated to expire in July 2009, but was renewed for two years. It has now been renewed for a further two. “It was signed in late September 2010 and was an extension of the previous CSC contract,” said a DIAC spokesperson this afternoon. “It has been extended for two years until 30 June 2013.

DIAC does not appear to have gone to market for the mainframe and mid-range server and associated storage services which the contract will provide. Instead, the spokesperson said the contract renewal was signed “after negotiation with CSC and a benchmarking exercise”.

The news comes as at least one Federal Government agency has recently come under public criticism for its decision to re-sign a core technology services partner without putting the deal out to the open market. In late December last year, the Department of Health and Ageing confirmed it had re-signed IBM to provide it with IT services for at least another four years, in a contract worth $109 million.

At the time, iTNews noted DOHA had not released an open tender for the work since it was initially inked a decade ago, despite Commonwealth procurement guidelines.

Andrew Lockley, CSC’s general manager of its Federal Government business, noted in an interview today that CSC had been delivering managed infrastructure services to DIAC since 1998, but said “it wasn’t a free ride” to renew the contract with the department — as the company was benchmarked and detailed negotiations took place.

In general, he said the market for the types of services covered under the contract was “very competitive”, with new players having recently entered. And, he added, organisations were looking for new ways to deliver mid-range server services, particularly through the incoming wave of cloud computing services.

Asked whether there was a lot of mid-range work coming onto the market, Lockley said he believed right now departments and agencies were taking opportunities to secure stability in their operations. However, he noted the public sector was — through the debate around cloud computing and the Gershon report, for example — looking to work with industry on new technologies to take their environments forward.

Last week, the Australian Government Information Management Office — the peak IT strategy body within the Canberra public sector — released a key consultation paper outlining a new approach to the cloud computing phenomenon across the Federal Government. One of the examples mentioned in the document of cloud computing experiments in Canberra was a proof of concept to investigate providing an end-to-end online client lodgement process on a cloud platform at DIAC — a project which CSC has been involved with.

Lockley noted DIAC had one of the most highly virtualised environments in the Federal Government — a factor which often appears to load organisations to investigate cloud computing hosting options, as they approach the critical 100 percent virtualisation market of their mid-range environments.