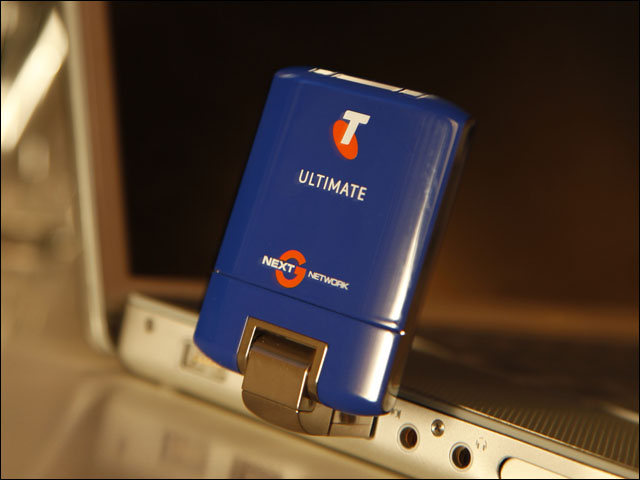 news The maverick owner of national broadband provider Exetel has speculated that Telstra may be planning to provide wholesale access to its flagship Next G mobile network to get around the clause in its contract with NBN Co that will prevent it advertising its mobile broadband services as an alternative to the NBN fibre.

Unlike Optus and Vodafone, Telstra has previously proven reluctant to provide wholesale access to its mobile network, seeing the infrastructure as a competitive advantage. However, over the past several months it has softened its stance, confirming this week that it was planning to open up the network over the past six months. Speculation has thus far focused on the idea that the company will provide wholesale access to the normal HSPA+ sections of its network — but not the higher-speed sections based on the Long-Term Evolution (LTE) areas it is currently building, also referred to as fourth-generation mobile or 4G.

However, in a blog post yesterday, Exetel chief executive John Linton speculated Telstra may have ulterior motives for opening up access to its infrastructure.

When Telstra unveiled its NBN contract in late June, it revealed a segment of the contract stated that part of the NBN deal is that it “may not promote wireless services as a substitute for fibre-based services for 20 years” from the commencement date of the contract. The Australian Competition and Consumer Commission believes the clause has the potential to harm competition. Optus has similar constraints in its own contract with NBN Co, although the terms of its arrangement are different.

Linton also questioned why it would take six months “to do something that requires no thought at all” beyond the decision to wholesale the service, and noted that he did not expect Telstra’s prices to be reasonable. Exetel currently wholesales 3G mobile broadband access from Optus.

“Does anone seriously think that Telstra will provide ‘real wholesale’ pricing for 4G mobile any more than it provides “real wholesale” pricing for any other product?” Linton asked. “If you do then perhaps you need to change your medication for something less mind-transforming.”

So far, Telstra is only known to have approached cut-rate ISP Dodo to re-sell Next G, although a number of other ISPs, such as iiNet and Internode, have also expressed their interest in gaining access to the company’s infrastructure.

Linton, however, didn’t appear to be confident that the opening up of Telstra’s network would generate positive outcomes for competition in the telecommunications sector. “… a ‘wholesaled’ Telstra high speed mobile service will be as effective in generating competition as a currently ‘wholesaled’ Telstra ADSL2 or PSTN service … totally ineffective,” he added.

opinion/analysis
This may sound strange, but I believe both Telstra chief executive David Thodey and NBN Co chief executive Mike Quigley when they say the wireless marketing clause in Telstra’s NBN contract won’t be a huge deal for the company in terms of Telstra’s ability to go to market with mobile broadband over the next decade.

As the Australian Competition and Consumer Commission noted yesterday as it released its annual report into the telecommunications sector, wireless broadband is becoming increasingly popular, but fixed-line broadband dominated the actual amount of downloaded data via broadband in Australia. In short, mobile broadband is primarily for light internet use at the moment, while fixed-line is for heavy downloading.

It will make sense for telcos — especially those which operate their own mobile networks — to focus on ‘bundled’ plans in future — offering a combination of fixed broadband over the NBN alongside mobile broadband through 3G and 4G.

However, it must be said that Linton’s question is a very interesting one — and one I was planning to raise this week myself. If another telco markets a re-badged Telstra Next G mobile service as an alternative to the NBN fibre, does that place Telstra in breach of its contract with NBN Co? I would think surely not … as the contract only binds Telstra. But it would be a fascinating situation that would highlight just how foolhardy that particular clause of Telstra’s NBN deal is.

Kudos to Linton — constantly an out of the box thinker — for raising the idea.