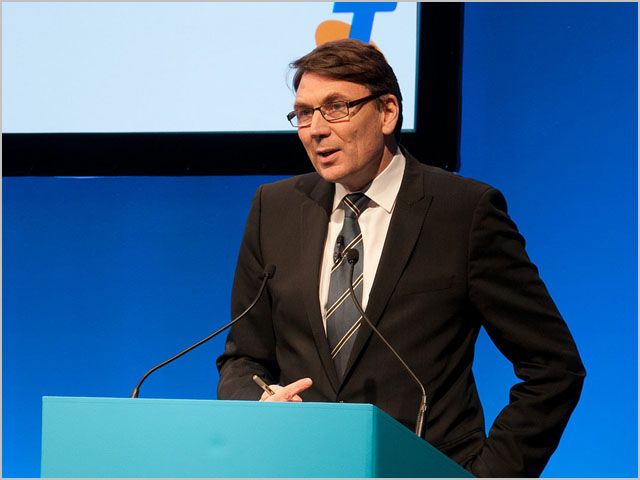 news The nation’s biggest telco Telstra has overhauled its fixed and mobile broadband plan structure, giving customers substantial extra monthly download quota and launching a new 500GB plan that more than doubles the previous limit customers could use per month.

Telstra’s previous highest-quota plan featured 200GB of quota; a limit which meant that the nation’s biggest consumers of broadband services typically turned to other providers for their high download needs — with ISPs such as iiNet and Internode offering terabyte plans and others such as TPG and Dodo offering theoretically unlimited plans.

However, in a blog post on its Exchange site today, Telstra revealed it had introduced a new 500GB plan — which will cost customers $89.95 per month when they also sign up for a full service fixed telephone line, costing from $29.95 a month. The company also maintains several other broadband packages, which can be used by customers on its ADSL, HFC cable or fibre infrastructure — ranging from 5GB/$29.95 a month to 200GB/$69.95 a month.

In addition, Telstra has also created a new higher value mobile broadband plan — with the new plan to cost $79.95 and come with 15GB of data. Lower $29.95 and $39.95 plans have had their monthly data quotas boosted from 3GB to 4GB and from 7GB to 8GB respectively.

As with Optus, Telstra prefers to place a high degree of focus on bundling broadband plans with other offerings such as mobile, traditional telephony or entertainment packages. For example, it currently offers a $159 monthly plan which comes with 500GB of quota, telephone line rental and a T-Box internet television unit. Customers can also bundle on mobile broadband, or Foxtel subscription TV, for example.

In its blog post today, Telstra noted it had simplified the way it allocated discounts to customers for bundling.

Green noted existing customers wouldn’t be automatically changed onto the plans; they would need to contact the company by telephone to make the change or set it up through its My BigPond portal online.

“At Telstra, we are listening to what our customers want from their internet access,” Green wrote. So we are extremely excited to announce that from today we’ve enhanced our fixed broadband and mobile broadband plans available to new and existing customers. They are simpler and packed with more value, so you can feed your net fix more than ever.”

opinion/analysis
Telstra’s mobile and broadband plans just keep on getting better. They’re still priced at the top end of the market, and a variety of complex terms and conditions apply. However, since the telco’s new chief executive officer David Thodey took over several years ago, it has become harder and harder to avoid checking out Telstra’s broadband and mobile options — especially if you think there might be a bundling opportunity.

Having said that, the company’s customer service could still use some work ;) A lot of work.