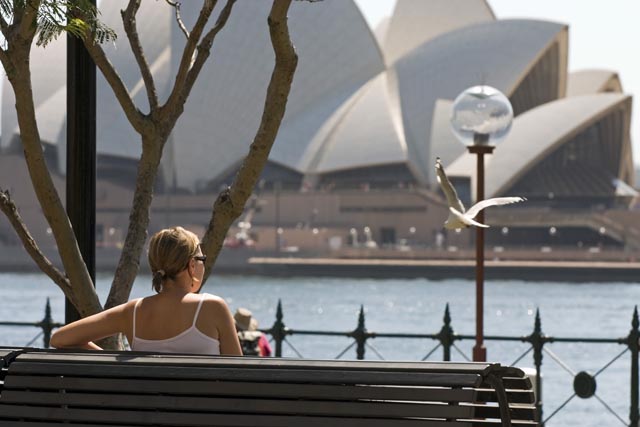 The New South Wales State Government has opened a new page in its long and troubled history implementing electronic health solutions, committing yesterday to creating a dedicated agency to service the area, amid a much wider shake-up of the health sector in general driven by its new Coalition Government.

The state’s director-general of health, Dr Mary Foley, yesterday handed down a landmark report (PDF) into future governance arrangements for the state’s health department, with new Health Minister Jillian Skinner immediately welcoming the report and pledging to implement its recommendations. Among a number of other conclusions, the report noted that eHealth should be recognised as “the way of the future” in healthcare. However, it noted, NSW wasn’t currently making the most of its opportunities.

“In NSW, the current ICT governance model can be regarded as a ‘half-way house’, with staff and functions spread between the department, which has a strategic role, Health Support Services, which is responsible for rolling out major corporate and clinical systems, and area health-based ICT services which are currently located in the clusters,” the report states.

“The statewide roll out of major systems needs to be supplemented with pervasive clinical engagement at the local level involving multiple testing and iterations of new systems before they are implemented.”

NSW Health’s credibility on the issue of electronic health solutions has taken a battering over the past several years. In March this year, for example, a study published by Sydney University health IT academic Jon Patrick heavily criticised the FirstNet system implemented by the department to manage emergency departments.

At the time, some public sector doctors called for the system to be scrapped, as it had suffered a series of problems, such as allowing patient details to be assigned to the wrong patient. The platform it is based on was provided by US e-health giant Cerner.

“When do we stop throwing good money after bad?” Dr Sally McCarthy, who heads the Prince of Wales Hospital’s emergency department said at the time, according to the Sydney Morning Herald. “Anything that takes staff off the floor to spend their working time on an inefficient IT system is a detriment to patients.”

Another rollout, known as Healthelink, was kicked off back in 2004 with wider ambitions to solve the e-health records problem within NSW Health, but only had some 100,000 clients registered by mid-2010. It has since been integrated into the Federal Government’s much wider personal e-health records system, but is believed to have remained primarily in pilot or trial phase – without being extended to the wider NSW population.

NSW is not the only state to have suffered similar problems – with e-health record rollouts right around Australia suffering similar delays, fits and misstarts.

To resolve the problems in NSW, the state will now, according to the report, create a new agency, eHealth NSW, which will become “the system leader for the NSW Health information strategy”. Its first priority will be “a re-setting of strategy” based on extensive consultation with clinicians and other users and the redesign of ICT governance to ensure “clear statewide plans” and “an appropriate balance with local initiatives”. By the end of 2011, The State Government is aiming to have established eHealth NSW and to have developed “a strong governance framework for ICT”.

opinion/analysis
While there is no doubt that the creation of a new NSW eHealth group is an incredibly positive move by the new State Government, and a step in the right direction, it is also a move which is inherently designed for failure due to circumstances which are largely beyond its control.

In Australia, cases of successful e-health records implementations are currently few and far between, and this has little to do with a lack of funding or effort in the area (just look at the hundreds of millions of dollars which Victoria has ploughed into the area over the past decade), and everything to do with poor technology.

The first problem is that there are very few vendors which have a mature and robust e-health solution to provide to government at the moment. In the CRM and ERP spaces, to cite two other examples of business software platforms, there are currently hundreds of vendors selling many different competing solutions. If you look hard enough, you’ll find an application or a module for any given circumstance – and they’re fairly easily customized for your own use.

In the e-health area, there’s only a handful of major names, and some of these are experiencing a substantive degree of corporate change.

US-based Cerner is probably the biggest name right now, and Australia’s IBA Health used to be another. However, IBA several years ago bought rival iSOFT, which turned out to be a poison pill – with the company suffering a series of financial headaches which eventually led to it being bought out by US IT services giant CSC this year to help develop its own e-health practice.

There’s a few other companies bubbling along – such as Intersystems’ TrakHealth and even Medical Objects – but none have a huge profile, despite some successes.

The second problem is that implementing the solutions offered by these companies often ends up being problematic in practice. Cerner’s well-documented problems in emergency services are one example, while iSOFT’s problems in the UK with its giant nationwide rollout in that country are the stuff of legend in the health industry.

Often this boils down to the differing requirements of each health jurisdiction, with those implementing systems often complaining that a platform built for one country just doesn’t work very well in another.

Complicating all this is the fact that throughout the e-health industry’s problematic history, few implementations have involved the end users of the systems – health professionals such as doctors, nurses and specialists – as much as they should have. Health is a fraught area, and execution with limited resources is king.

Every time a major e-health platform is implemented, the screams of medical professionals can be heard a mile away. It’s as predictable as clockwork. These people don’t need a new system – they need to have management overhead removed from their lives so they can do their job more efficiently with what paltry resources they have.

For all these reasons and more, eHealth NSW will have its work cut out for it – as has the National e-Health Transition Authority and HealthSMART in Victoria before it. I recommend they start with a couple of small, extremely targeted projects and bed them down properly. If you can get them working so well that doctors in other jurisdictions start demanding the same thing … they’ll be onto a winner.