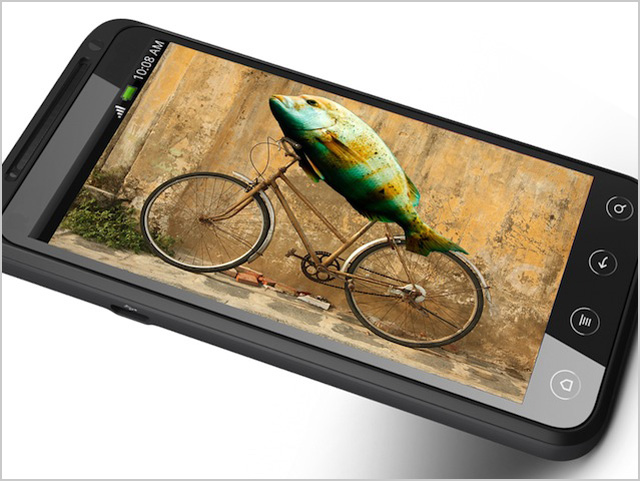 opinion If there ever was a worse cinematic idea than giving M. Knight Shyamalan free reign to make The Last Airbender as long and ponderous as he wanted, it was bastardising what could have been a half-decent movie – were it about a third shorter and 185 percent less bombastic – by converting it to 3D.

The result – apart from leaving millions of moviegoers with searing headaches from both the plot and the shoddy post-production 3D effects – won the inaugural Worst Most Eye-Gouging Mis-Use of 3D award at the 2011 Razzie awards. It was also a watershed moment in last year’s trend to 3D-ise everything: studios realised that hastily-produced 3D versions of movies like Airbender and Clash of the Titans, designed mainly to extract more money from our wallets, could actually dilute their brands. The much-advertised 3D version of Harry Potter and the Deathly Hallows Part 1 was apparently so bad that it was actually canned before it could see the light of day.

Movie studios don’t, by and large, care: drop into your local cinema, and you’re likely to see the 3D showings of the latest blockbuster are anywhere between half-full and you-and-the-usher empty, while the 2D versions can be sold out days in advance. With ticket prices over $20 a pop, it’s no surprise: Australians simply aren’t lapping up 3D at the rate that studio execs would like – although that doesn’t stop them from limiting the number of 2D showings in an effort to push people towards 3D.

That won’t stop 3D, of course, and the past few months have seen the tech market’s obsession with 3D extend, and not always well, to new devices. The Nintendo 3DS, for one, debuted to great pent-up Australian demand but has subsequently proved so unpopular that Nintendo recently slashed its Australian price by $100 – pushing the top-end 3DS model into the $249 slot that was assumed by the mid-range DSi XL console just a month earlier.

You just don’t do that with successful products: the Nintendo Wii took years to come down in price because it was selling so well. Reducing prices by nearly one-third just four months after a product’s launch is a sign of struggle if ever there was one, but it’s not hard to figure out why: the kind of 3D that Nintendo wants us to like simply isn’t the kind of 3D we want to like.

3D on small screens is a fundamentally flawed idea: our eyes already hate being tricked, and the screen of a 3DS is small enough that while our eyes might momentarily buy the effect on the screen, our peripheral vision constantly reminds us that we’re looking at headache-inducing smoke and mirrors. At least The Last Airbender played out on a full cinema screen to reduce eye strain and headaches, although in its case cringeworthy acting and a lacklustre screenplay more than made up for the difference.

The 3D phone
Now, sadly, the 3D revolution has reached our smartphones – another small-screen outlet where vendors are fiercely competing to see who can offer the latest must-have features. LG was first into the market with its Optimus 3D smartphone, and last week Telstra announced it will be shipping HTC’s EVO 3D here next month.

God help us all. I haven’t seen either of these smartphones firsthand, but I have played with a Nintendo 3DS – for about three minutes, before getting bored and something of a headache. While I admit both vendors have a certain strong pedigree in producing Android phones, I am expecting 3D effects similar to those 50c lenticular-printing toys McDonalds occasionally bundles with its Happy Meals.

Unless something changes dramatically, 3D is going to fail on the smartphone. And, by “fail”, I mean that it might linger on for some time – there are still the inevitable imitators – but will, like The Last Airbender, ultimately collapse under the weight of its own irrelevance. Australian TV buyers have been so unimpressed by 3D features in last year’s TVs that most 2011 models throw it in for free. And they even do a more convincing version of 3D than your tiny smartphone.

If you can’t convince people of the value of 3D on a large screen – or even a medium-sized screen, as on the new 27-inch Acer HN274H monitor – how are you going to sell them on the merits of a 3D smartphone or, as is inevitable, tablet?

3D menus might sound cool to those who don’t get out much, but once you see them I wager the novelty will wear off quickly, compounded for many by a wave of headaches and blurry vision. HTC will offer 3D hooks for developers wanting to write for its Sense user interface, but it’s anybody’s guess where that will go.

Nobody is seriously going to want to watch 3D movies on a 4.3-inch screen, even if they were available, so that’s a dead end (not to mention that carriers have struggled to even deliver compelling 2D content to smartphones).

3D games could be an interesting niche market, but that market hasn’t worked out at all well for Nintendo so I question whether Apple or Google could do a much better job of it – especially with gaming giants like EA abandoning the 3D games market almost before it began. And if EA can’t make 3D work, what independent is going to go to the effort to develop a game-changing platform that runs on a tiny fraction of a fraction of the devices out there?

3D photography is another possibility, if you’re into that sort of thing. I played with FujiFilm’s FinePix REAL 3D camera last year and, while it was mildly impressive for the first minute or two, it quickly became clear that 3D imaging is still miles away from the mainstream. It’s very much a closed ecosystem, in which images recorded on one camera must be played back on the same camera (to its credit, Fuji does offer a printing service that puts your images onto a special lenticular paper that gives them Nintendo 3DS quality).

Apps are another possibility, and in promoting its LG Optimus 3D earlier this year the company was leaking videos of the phone acting as a virtual yoga instructor by showing little figures striking all kinds of poses in the full three dimensions (mental note: consider finding someone to build that 3D Kama Sutra app).

But how long will the novelty last? In a country where moviegoers are already rejecting 3D movies and 3D handheld consoles, can we seriously believe that Australians are going to see 3D smartphones as more than yet another passing novelty, to be laughed at briefly and then forgotten? There are already too many people rejecting 3DTVs and 3D movies to make a convincing argument otherwise.

Your handheld Kinect
That is not to say 3D won’t find its uses – but for my money, the best ones will be those that use the built-in 3D cameras in ways that haven’t been thought of yet. Those dual-lens systems, backed by dual-core processors built into phones and eventually tablets, not only capture eye-candy 3D images, but should be able to be programmed to measure the scene in front of the camera in three dimensions.

That’s right: not only can the camera see that there’s a hand in front of it – but by comparing the images from its two cameras and applying some massively tricky maths, these phones should be able to monitor changes in their environment in three dimensions. The dual-camera system could become a form of coincidence rangefinder, which measures parallax to determine the distance to an object.

How would this apply to the smartphone world? Games, for example, would take on a whole new dimension: for example, you could play a 3D version of legendary Australian-developed game Fruit Ninja by holding your phone in one hand and waving your other hand in front of the camera while you play, and you could physically slice your way through the fruit that might be thrown up close to you or farther “inside” the screen. Angry Birds could be played in bird’s-eye perspective, with your hand used to adjust the tension and orientation of the slingshot.

Content designers could use the camera to capture a 3D model of a real-world object; simply press ‘record’, then slowly circle the object and the algorithms could capture its contours. That yoga app could go from playing 3D movies, to measuring the position of the person in front of you and comparing it to ideal models to suggest posture improvements. Google Earth could be navigated on your phone simply by putting your hand behind the phone, then twisting your hand to rotate or moving your hand closer and further to zoom in and out.

The imagination boggles. And, given that this thing is running Android, and it can only be a matter of time until some industrious hackers develop a set of APIs that let apps directly control the 3D camera, not unlike the process by which hackers have developed a complete interface to Microsoft’s hugely popular Kinect device.

Think of the Optimus 3D and its inevitable copycats as portable Kinects, then have a look at some of the many interesting things people are doing with Kinect just a few months after its launch, and you’re now thinking along the right lines.

Developers will be loathe to leave this sort of capability unexplored, and it’s safe to expect that a 3D-capable smartphone will kick off an entirely new wave of innovation that has nothing to do with the pedestrian YouTube upload-and-share applications LG is spruiking. 3D smartphones won’t succeed as gaming or content consumption devices, but that doesn’t mean they won’t find their niche.

Convince me I’m wrong. What are you hanging out to do with your 3D smartphone? Will you buy the LG or HTC model when they hit Australia?